Former RGU Principal Dr David Kennedy, whose background is in the sciences has believed for a long time that we are destroying the world around us. In another extract from his conversation with Voice’s Suzanne Kelly he talks of his horror at what we are destroying in the name of progress.

Dr Kennedy and I discussed where the world may be heading, and I mentioned Albert Einstein, who said:

“Emily Spence of Massachusetts  http://smirkingchimp.com/author/emily_spence and I corresponded on a number of issues: global warming, environment, overpopulation. The sad thing is the only sustainable communities we know of are the primitive ones we have destroyed. People on some of the remote Philippine islands lived entirely sustainably. They met their needs until the outside world impinged on and destroyed their way of life.

“However, we want more and it doesn’t matter how much we get, we still want more. It comes from the pleasure centres of the brain. Gambling and winning gives you a kick and so you go on. How can a man like Bill Gates, whose wealth could feed his family for generations, still want more? This causes me to despair. There is a weakness in the human brain or perhaps it is how nature defends itself and we may be on the way to destroying ourselves.

“How quickly is it all going to come? People talk about planning and planning horizons. The Romans had the idea of looking at things after every 5 years. As a manager in education I had to plan ahead as to what we needed, what courses we would offer, how many students would there be, and what resources would be needed. I took the areas I knew most about, and looked at 10-yearly intervals. At the time I did this, the changes in education were colossal and totally unpredictable. In the 70s there were ten colleges of higher education in Scotland, and they were like sacred cows. Scotland was proud of having had the highest literacy rate in the world.

“On coming to the 80s, dramatic changes were occurring in education. For a start, demographics – the birth rate. In the 1980s the number of colleges of education began to shrink. Some closed; some merged. In the 90s, most had disappeared, Northern College of Education here in Aberdeen being the last survivor. Now there are none.

“The same was true in nursing. I came to the conclusion that you might be able to guess what would happen in five years, but accurately forecasting for ten years ahead was absolutely impossible. The rate of change in technology is so incredible only a fool would predict what things will look like ten years from now.”

Dr Kennedy has a track record of concern for the environment and ecology. Apart from protesting over Trump’s honorary degree award, what are some of the issues that concern him most, locally and further afield?

“I’m very interested in what happens internationally. Governments swither over the issue of global warming. Scientists tell them that it is real; big business tells them it is a myth, and governments sit and fiddle while the earth warms and climates change dramatically.”

“As you might have guessed, I am a strong environmentalist with a long and deep concern about what we are doing to the biosphere on which all life depends. Biologists have known for decades about the acidification of the oceans and consequential damage to coral reefs and the communities that live on them.

“Likewise, we are poisoning the land by excessive use of chemicals, the production of which depends heavily on fossil fuel energy. With a rapidly rising population, human life will soon find it difficult to feed itself. Hence one of my concerns is about the short-sighted use of good farmland for house building.

“Just as disastrous is the pollution of the atmosphere with harmful radiation from nuclear power stations, by depleted uranium and gases emitted when burning fossil fuels, while at the same time tropical rainforests that absorb carbon dioxide and emit oxygen are being destroyed. Lack of rainfall in the Amazon basin, because of climate change, could result in its eventual desertification and the release of trillions of tons of carbon dioxide presently bound up as wood cellulose.”

In future extracts from this interview, we will carry Dr Kennedy’s views on how personal standards and values have had far-reaching consequences. No interview with this former university principal would be complete without establishing his views on education. That too will feature in Voice soon.

As conversations go, our own Suzanne Kelly found her recent discussions with former Robert Gordon University Principal Dr David Kennedy fascinating. As always, conversations lead to discussion of inter-connected events. Here, in a further interview extract, Dr Kennedy talks frankly about how personal and societal standards, values and morality have changed and how individual actions have affected and influenced matters, perhaps unintentionally, on a much larger scale. 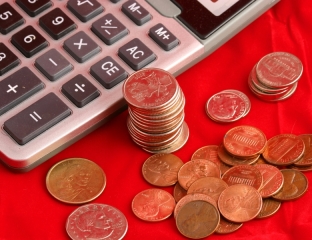 We had been discussing land use and EU farming bureaucracy, and how, for many farmers, European subsidies had made them rich.
See: Aberdeen Voice article  ‘Dr David Kennedy On Land Use And Farming’ )

Dr Kennedy is in no doubt that elected politicians have much to answer for, on numerous issues in addition to agricultural policy.

“It‘s a bizarre state of affairs. These are supposed to be highly-intelligent people elected to represent us. The sad truth is, as one old friend used to say, ‘they are just filling their own pooches’. And that’s absolutely true. Some investigative journalist did the work on MPs’ expenses and when her work was made public, we saw the full extent of their greed. The MPs’ expenses scandal was an absolute disgrace, but that is nothing compared to what is happening in Brussels.

“Morality is fast disappearing for some reason or another. There is a lack of integrity and it now seems that it doesn’t matter what you do as long as you are making money. Trump boasted on his website of brutality, toughness and greed. Are these behaviours we all really value?

“Why do humans behave in this way? Well, it’s a long story involving conditioning the human brain. This began in a scientific way early in the last century, not by Joseph Goebbels as we are encouraged to believe, but by an American named Edward Bernays, nephew of Sigmund Freud, who could, fairly, be called the father of advertising, propaganda, and public relations. He knew how to play on the pleasure and pain centres of the brain. Goebbels was an avid pupil of Bernays.

“Brainwashing didn’t begin with the wicked Chinese, or the godless Communists, or even the evil Nazis. It began in America, where it has been perfected over the years, and we are all subjected to it. Trump is simply one example of The Big Lie. Anyone who analyses the mainstream media will readily see how words are used, not to inform, enlighten and clarify, but to mislead, confuse and confound. And it is all done to amass wealth”.

“There has been a massive cultural change. I’m 80 or so, and I look at changes such as wealth-creation, sustainability, satisfying our needs and the problem of waste. The thing is, in about the last 30 years the speed of technological change has been bewildering. Sixty years ago an Edinburgh academic, Professor CH Waddington, looking at the future, predicted that, given the rate of change in the accumulation of knowledge, it would eventually be impossible to keep up with all the changes. I think what he said has come to pass.”

Pressed for an example, Kennedy continued.

“Take micro-electronics. When I was a young man you learnt about thermionic valves and their use in radios. A few years earlier, radios were powered by accumulators that seemed to weigh a ton. Electrical engineers who were brought up on thermionic valves, then had to learn about transistors, and the technology of valves was forgotten. Transistor radios were very much smaller and easily carried around. Noise pollution increased. A new technology had to be learned, which lasted for about 10 years before being replaced by the silicon chip. Things are getting even smaller.”

There are serious issues with the UK’s higher education system – tuition fees, devalued degrees, an imbalance in the areas of tertiary learning where we can’t all be Media Studies graduates, poor employment prospects and very grim student loan burdens. What, I asked, are Dr Kennedy’s views on where these problems came from? Where does he think we are heading, and what can be done about it?

Again, the issues of personal morality and values were raised.

“I think it is fairly easy to see where the problems come from. They arise from economics. Mrs Thatcher radically changed the basis of economic life in Britain famously claiming, ‘There is no alternative’.

“This assertion has been accepted by all the major political parties and involved rolling back the state, decrying collective activities while promoting individualism, standing on one’s own two feet. Since then, we have seen the rich getting richer and the poor getting poorer. This is another example of Trump’s mantra, ’greed is good’.

“Instead, leave it to the individual and let the market decide what should be provided, and for whom. This is completely against the 1940s wisdom of William Beveridge and the subsequent foundation of the welfare state. And, of course, the same attitude prevails when it comes to protecting the environment – nothing must be allowed to stop the onward march of progress”.

More from this fascinating conversation will appear in future issues of Voice.