New 3 screen cinema boasts ‘Costing the Earth’ Fest over March Weekend. With thanks to Suzanne Kelly. 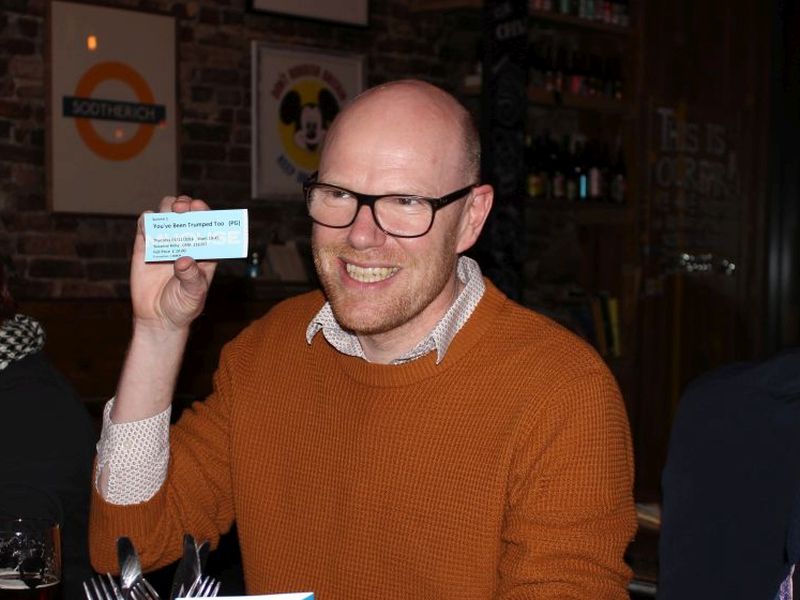 A trio of critically acclaimed films are to unspool on the big screen at Montrose’s new community run £3.5m cinema later this weekend, as the town boasts its first ever film festival with live Q&As.

The festival kicks off with a tenth anniversary screening of the multi-award-winning documentary ‘You’ve Been Trumped’ on Friday March 18.

Aberdeenshire residents who stood up to Donald Trump’s bullying over his luxury golf resort plans will join director Anthony Baxter (pictured) for audience questions after the film.
Also at the ‘Costing the Earth’ screening will be Aberdeenshire Councillor Martin Ford – the politician whose casting vote derailed Mr Trump’s golf resort the first time around – and artist David McCue whose paintings of key characters caught up in the drama, won praise from around the world.
The £10 ticket price includes a drink with the director and other guests in the cinema’s new community room – from 6.45pm, with the film starting at 7.30pm.
On Saturday March 19 the event, which is part of Scotland’s climate festival, continues with a special screening of BAFTA winning Bill Forsyth’s iconic ‘Local Hero’ in Montrose at 7.30pm.
The film, which stars the legendary actor Burt Lancaster, is about an American oil company representative sent to the fictional village of Ferness on the west coast of Scotland to purchase the town and surrounding property for his company.  A Q&A following the film, will also include special guests.
Finally, on Sunday March 20 at 3.30pm, ‘A Dangerous Game’ will screen – the 2014 follow up to You’ve Been Trumped.  Residents from Aberdeenshire will again join for a Q&A following the screening, with the £10 ticket price also including tea and cake.
Filmmaker and Montrose Playhouse Patron Anthony Baxter added:
“It’s wonderful for Montrose to be hosting our first ever film festival.  And it’s an honour to be welcoming residents of the Menie Estate who stood up to Trump to our town – 10 years after the release of You’ve Been Trumped.
“All of these films, in their own way, highlight the cost to the planet, if we allow money and power to override environmental concerns.”
Tickets can be booked online for all the screenings at this link.