Duncan Harley reviews On Your Feet – The Story of Emilio and Gloria Estefan at His Majesty’s Theatre, Aberdeen. 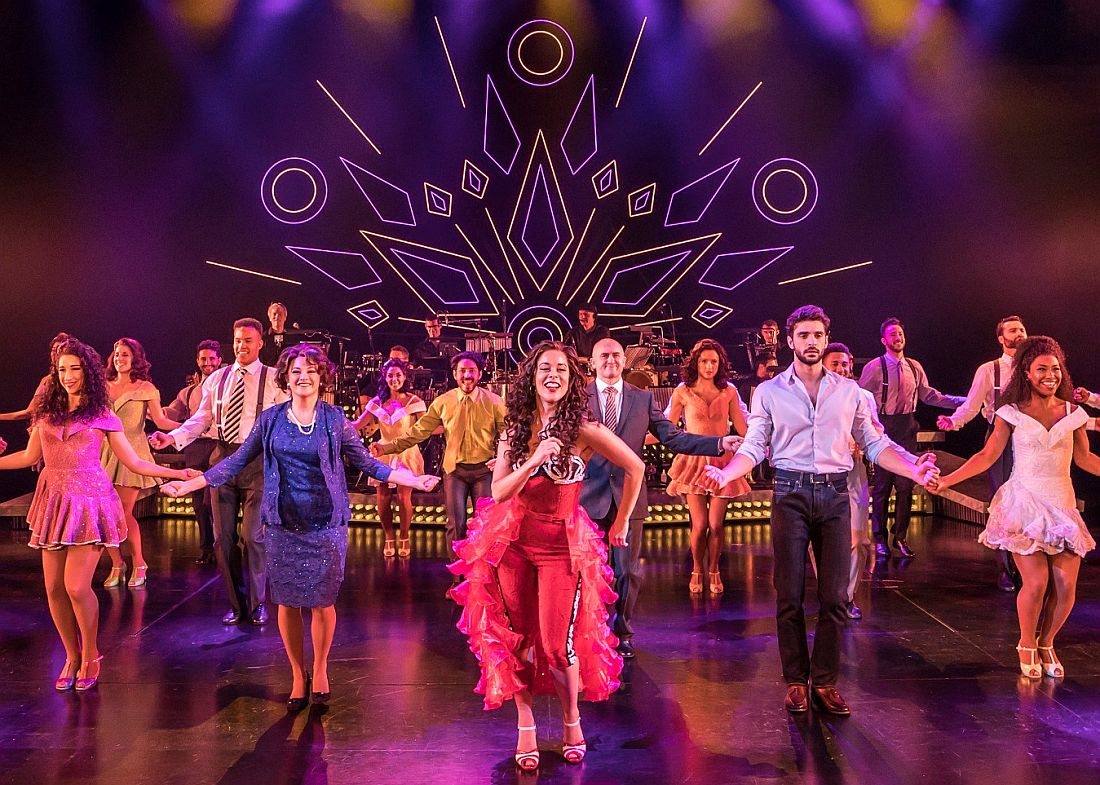 Despite the expansive title, this is really a biopic of Gloria.

Portrayed as caring, charming and occasionally comedic, that’s about all you get of the essence of the man.

Gloria, a splendid Philippa Stefani, and her mum and her gran hold the plot strings and the show is really about the Estefan brand.

Plot-wise, an attempt is made to set the bands rise against a mid-20th century geo-socio-political scene in the aftermath of the Cuban Revolution. Havana born Gloria’s family flee to Miami following Castro’s takeover.

Dad Jose – Elia Lo Tauro, participates in the disastrous Bay of Pigs CIA inspired invasion of Cuba and is later exposed to a toxic chemical defoliant whilst serving in Vietnam. He gets ill and dies.

In short, the link-story is all about triumph in the face of adversity. But it’s still paper-thin in places and perhaps over-reliant on tear-jerkers.

There are better musicals in the biopic juke-box pack, think Jersey Boys and Beautiful. But of course, none have a back catalogue which crosses over so many musical genres.

Ballad, disco, pop, samba all feature and in both Spanish and English.

Combined with the shows drop dead gorgeous dance numbers and, as a piece of uplifting entertainment, it works. Staging, and lighting and sound – superb. Ensemble/swing/band all good.

In all there are some twenty-one stunningly performed musical numbers. But please can I have some more plot sir?

On Your Feet is @ HMT Aberdeen until Saturday 14 March.