Duncan Harley Reviews The Band at His Majesty’s Theatre, Aberdeen. 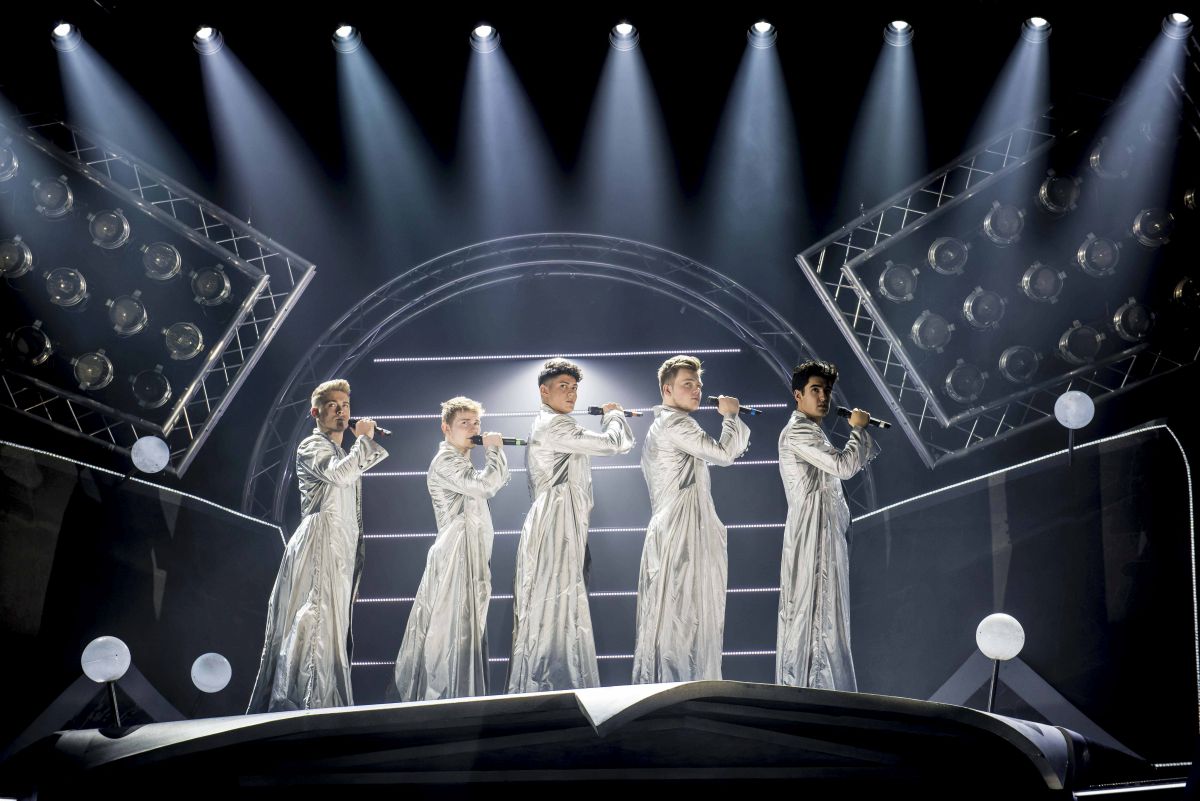 Gary Barlow reckons that Take That was Britain’s very first successful manufactured boy-band and he is probably quite correct. I mean he, of all people, should know having composed pretty much most of their early hits.
When the band went their separate ways in 1996, the angst amongst the fanbase was so great that helplines were set up to help with the grief.

Gary went off on a solo career as did Robbie Williams, the youngest band member, and although the post Take That years have been tumultuous to say the least, the music and the songs from the boy-band years at the top feature in play-lists across the land.

Now, courtesy of Tim Firth, the legacy of Take That forms the backdrop to what in essence is a celebration of the power of an enduring friendship shared by a group of friends from the day.

This is not by any means the story of the boy-band nor is it a simple juke-box musical intent on squeezing dry the hit-playlist of the glory days.

Yes, the boys are there in almost every scene. And yes, the familiar hits – there are around eighteen of them – abound. But, the band in general serenade the action and set the mood rather than inhabit front of stage. All the big numbers are there including Relight My Fire and the classic Get Ready For It.

The fans, all five of them are the stars of the show and even when Debbie – Rachelle Diedericks – is tragically killed following a Manchester gig she continues to inhabit the action right till the very end.

In a nod to the likes of Shirley Valentine, the surviving four eventually re-connect twenty-five years later to heal the trauma of the past and move on confidently into the present. The script is variously hilarious, often poignant and sometimes emotionally raw.

Comedic highlights include a trip to a Prague Police Station following the snapping of a penis from a local sculpture and that completely splendid airport scene. Safe-to-say you’ll never look at a flight safety demo in quite the same way ever again. There’s even a wee bit of wing-walking. 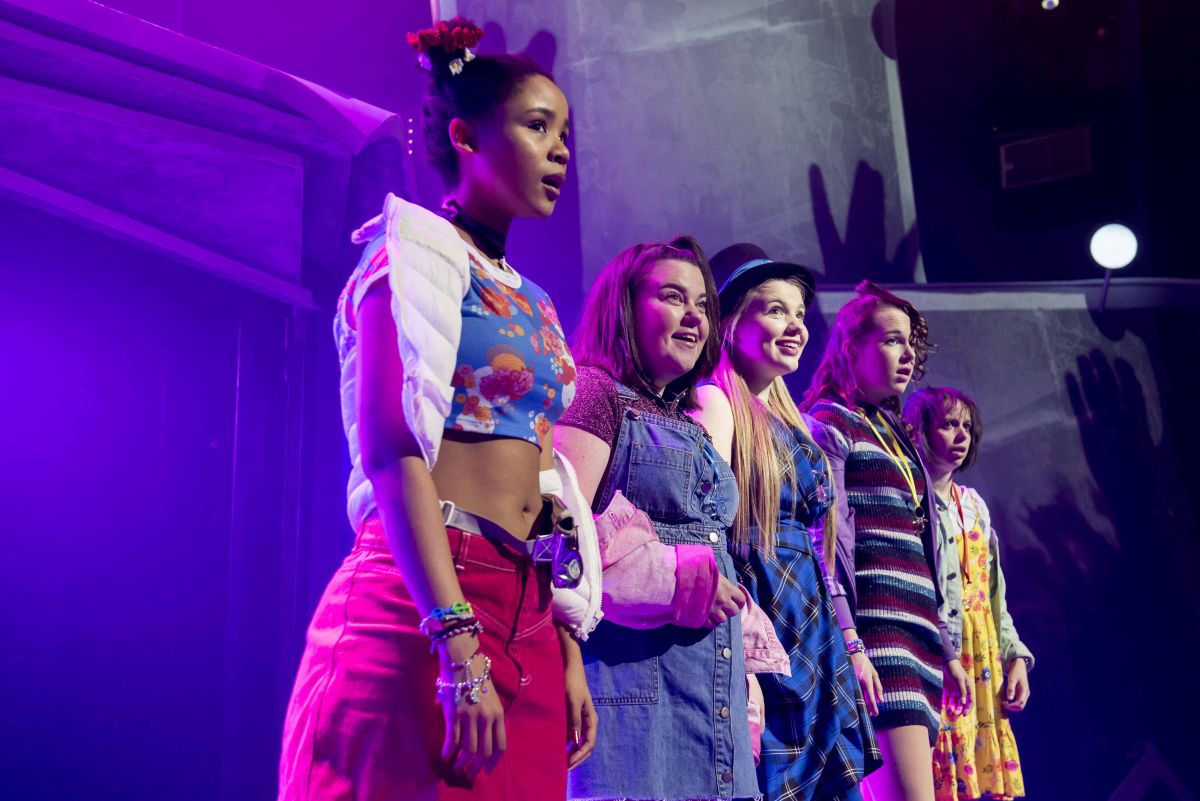 Lighting and scenery excelled and as the musical numbers stomped-on, it was hard to resist a bit of audience participation.
Indeed, by the end of the night, and with the encouragement of the MC, strongly played by Every Dave – Andy Williams, the theatre audience were on their feet participating in the action.

While generally this is a well thought out production it did seem as if Act 2 was slightly undersized.

Following some nicely balanced early action the dialogue sped towards a conclusive wedding scene implying perhaps that the plot had slightly run out of steam. Additionally, the use of blindingly-bright stadium style lighting during the gig scenes probably could be toned down a tad.

But, all in all The Band is a splendid foil to the standard jukebox style offering and delivers a decent storyline alongside the familiar song-list.

Directed by Kim Gavin and Jack Ryder, The Band plays at His Majesty’s Theatre Aberdeen until Saturday 13th October 2018.