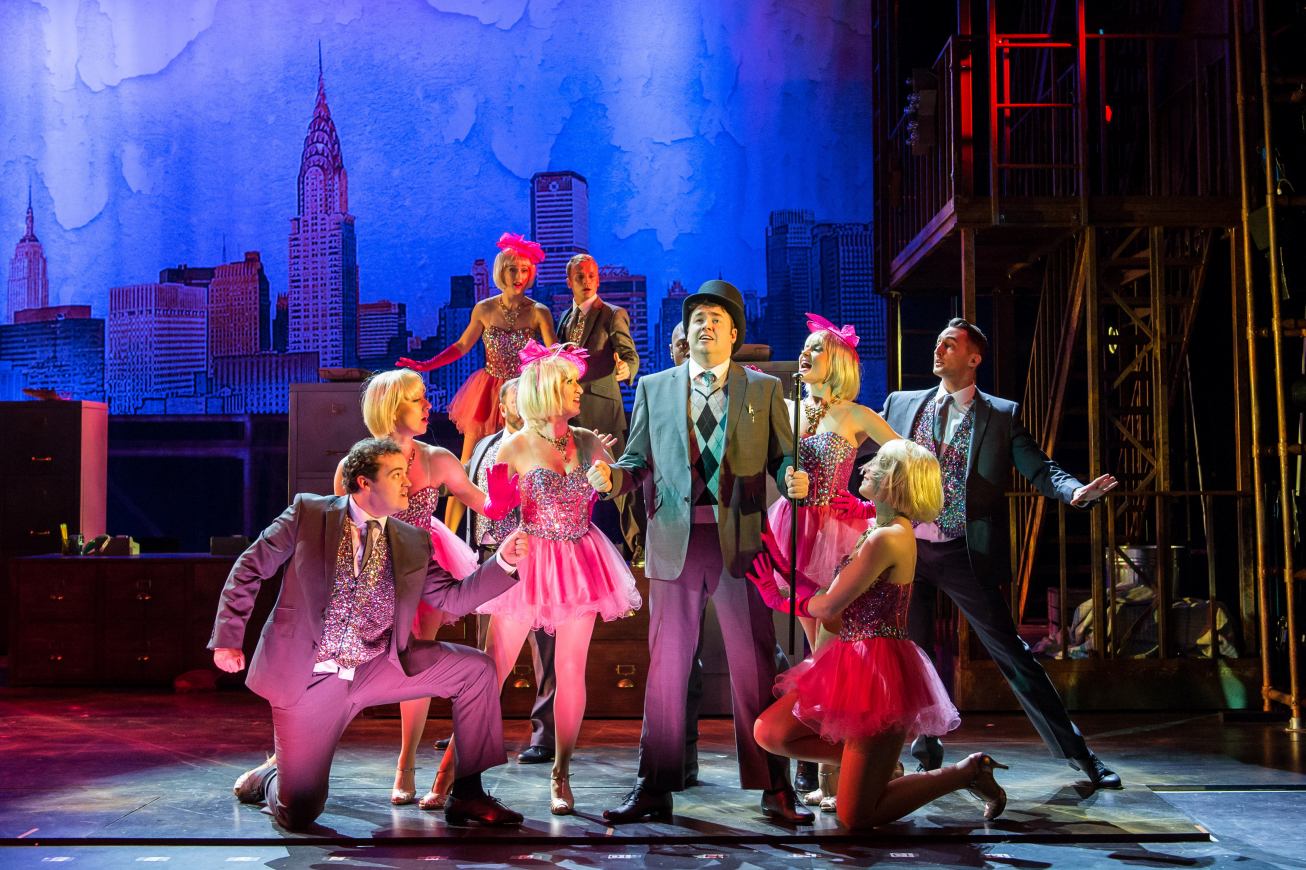 It’s not often that the theatre audience gets a buy one get one free offer but in the case of The Producers that’s the deal.

This is after all a musical about the production of a musical and the resulting musical within a musical is a hilarious triumph.

When fast fading theatrical producer Max Bialystock (Cory English) and his newly hired accountant the timid Leopold Bloom (Jason Manford) realise they could strike it rich and go to live in Rio by producing the worst musical ever to open on Broadway, the search is on for a production guaranteed to belly flop spectacularly on the first night.

Bialystock, the producer not the Polish city, has a track history of theatrical flops and critical reviews include classic lines such as “by the end of the production everyone on stage was dead – they were the lucky ones!” However a dead to rights sure-fire flop is required and no chances whatsoever can be taken.

The search is on for the worst musical ever written and Springtime for Hitler by gun-toting Nazi playwright pigeon breeder Franz Liebkind (Ross Noble) appears to fit the bill in every way.

With a liberal sprinkling of swastika laden ultra-camp storm troopers, a sparklingly gold sequined Liberace pastiche of Adolf “Elizabeth” Hitler plus a few dead pigeons what could possibly go right on the night?

Adapted from the highly regarded 1968 Mel Brooks film of the same name, The Producers works well as a musical. The original screenplay initially bemused audiences who had no clear idea whether to laugh or leave the cinema in protest at the outrageously funny but uncomfortable lampooning of Herr Hitler and his entourage. Indeed a 2009 German language production of the musical at Berlin’s Admiralspalast, reputedly the Fuhrer’s favourite theatre, closed after only a few weeks.

The Aberdeen theatre audience however are left in no doubt from the very start of the production that belly laughs are the order of the day and that an evening of mad-cap comedy entertainment is in store.

This is a high energy production. The story and action literally proceed at a furious pace. Slap-stick gags, catchy songs and toe-tapping dance routines combine with spectacular lighting and a stunning set to dazzle the audience.

With big names such as Northern comics Ross Noble and Jason Manford plus veteran New York Broadway actor Cory English, The Producers is a production not to be missed.

As a bonus you get the musical “Springtime for Hitler – A Gay Romp with Eva and Adolf at Berchtesgaden” thrown in for free.