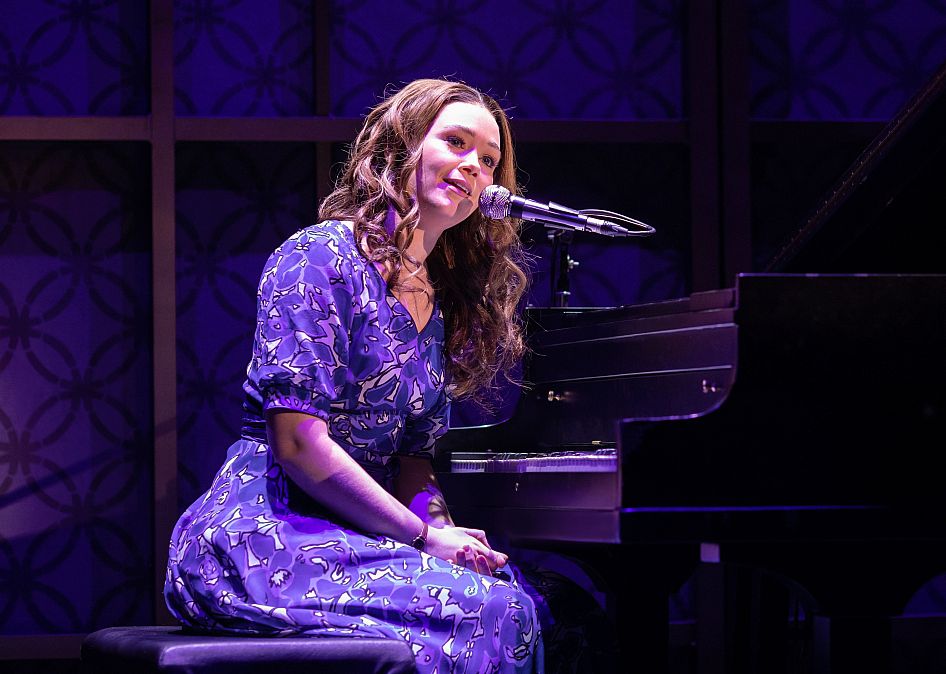 Add Daisy Wood-Davis to the mix, sprinkle in a measure of 60’s pop culture fold-in some sugary bio and cook slowly.
Result? Mouth-watering!

OK, perhaps the bio is a little bit hazy in places. The story dwells on Carol’s first marriage and kinda glosses out the other three.

And maybe music insiders would express surprise at the portrayal of a sugar-sweet music industry bereft of draconian contracts and stingy executives.

But this is entertainment at its best, and not by any means a social history class. So, if the audience comes out smiling, all is well in nostalgia-land.

Alongside the familiar Carol King solos, and there are quite a few, the show makes great play of the fact that the early King was in essence a prolific maker of hits. But for other people.

She later found her own voice, but her early career saw her sweating as a jobbing-songwriter in Broadway’s Brill Building churning out production line hits for rising stars. Bryan Ferry, James Taylor, The Carpenters, Roberta Flack, Neil Sedaka and The Drifters all sequestrated her talent to good advantage.

The post-split storyline involves her own solo hits with albums such as Tapestry and Rhymes and Reasons taking the international charts by storm. 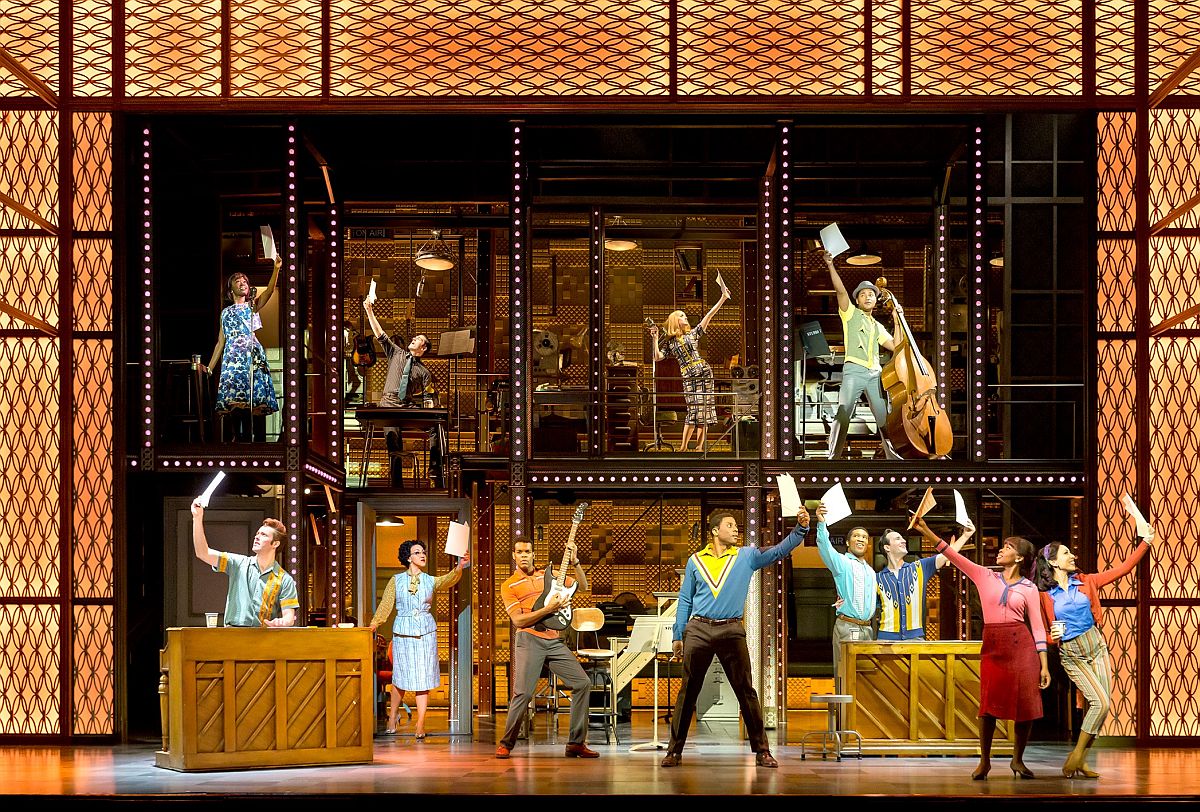 Directed by Marc Bruni and based on the book by Douglas McGrath, this musical version of the Carol King story is more than just a Jersey Boys take on the familiar hits however.

The musical reeks of empowerment through adversity and the plot moves steadily but relentlessly through the highs and lows until, at the very end – but no spoilers here, the narrative culminates in a poignant but triumphant conclusion.

Along the way the plot threads a path through sit-com and drama with some twenty-five familiar songs spread along the way.

This musical drama is stuffed with familiar hits and features ‘guest appearances’ by the likes of Neil Sedaka, The Drifters and The Righteous Brothers at every turn – honest injuns. What’s not to like?