Maggie Craig’s writing catalogue includes highly-rated and very readable insights into the 1745 Jacobite Rebellion and Red Clydeside. It was only natural then, when David Innes and Maggie met that a political discussion would ensue. 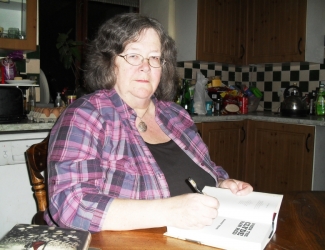 You’re obviously a radical, given the content and viewpoint of the Jacobite and Red Clydeside books.

I think the worst thing that happened to Britain was Margaret Thatcher. Someone tried to tell me that she had a human side. I said that I didn’t want to talk about Margaret Thatcher as we would fall out if we did.

I wouldn’t wish ill on anyone, but that’s one grave I would dance on because she skewed Britain. I’m not at all anti-English and I hate the Scottish nationalism that is, because that’s a divide and conquer thing.

I remember when she was in power and I was a tourist guide taking German visitors around and they would often say, “I really admire your Mrs Thatcher”, and I’d think, “I’m working, I must be careful here”, but I knew I was tired when I said, “We wouldn’t have had beggars in the street like we do now before Margaret Thatcher”. If you’ve got beggars in the street, there’s something seriously wrong with your society.

I was in Aberdeen for the book signing at Waterstones in October. It was about 6 o’ clock and I’d parked up Huntly Street way and I passed the Cyrenians where there was a crowd of mainly men. I thought, “It’s a soup kitchen! Here in the oil capital of Europe there are people queuing up for a bowl of soup”. You wonder if there shouldn’t be a levy on the oil companies – they haven’t really done much for Aberdeen, have they? They haven’t really left any sort of cultural development behind them.

I think people don’t realise that they themselves have power. Maybe the one blessing of the financial crisis is that people who have been turned into consumers may think again. Shopping centres are the new cathedrals, and it’s almost become like ‘Brave New World’ where people just have to get the latest model of phone. It used to be that you just worked and didn’t have the money to buy the goods you produced, but now we’ve got this circle where you can buy all these goods; but do we need them all?

There’s nothing wrong with honest trade. We need oil to keep our houses powered. I don’t want to go back to candles, to that simple greeny thing. I think I’m quite anti-green and that there’s quite a Fascist strand in a lot of green thought. I went to see the Trump development.

I know people don’t like him and his ways, but I was quite impressed by the people telling us what they were going to do. I thought, “That means I can get down to those dunes where I couldn’t get down before when Menie was a shooting estate”. I’m horrified too, by how we’re being forced to accept windfarms, industrialising the countryside. It’s just people making a buck, little to do with greenness.

I suppose there have been entrepreneurs who have had social consciences but then they claw their way over everyone else. I don’t know the full story of Andrew Carnegie, but I don’t suppose he was lily-white as he made his way up the greasy pole.

I do think there is a ‘zeitgeist’ thing going on, where people are saying that we ought to think about society and community. I slightly despair of the anti-capitalist protestors because they don’t seem to know what they want, what they’re in favour of. It seems a bit vague and woolly. Someone said it was irrelevant that they went to Starbucks to buy their coffee, but to me that’s an issue.

My dad was a member of the Scottish-USSR Friendship Society based in Belmont Street in Glasgow’s west end, and we would meet people from the USSR, who were probably carefully selected, and here on holiday, and they would talk about Robert Burns. Then Prague happened and things went downhill after that. I was about 17 and it felt personal. I thought, “I believed in that and now it’s been destroyed. Now it’s been shown to be brutal.”

The Communist experiment failed. You think about the Russian people, “How much more can they suffer?” because a strong man like Putin always seems to emerge in Russia and just take the country and use it. You wonder, “Is old-fashioned socialism really the answer?” but capitalism stinks, so maybe I’m as bad as the anti-capitalist protestors and don’t know what is the middle ground and what we should be doing. I’m not sure how we can use the old left and right thing any more.

I’m coming round to thinking that everybody should get some sort of a basic wage, but that’s too radical isn’t it?

There’s this dichotomy with the Scottish left. There’s a nationalism and a pride in Scottishness, but there’s also the feeling that the workers don’t have a country – but they do. The workers of Germany, for example, have lots of reasons to be proud of Germany and their own culture.

The Labour Party has moved too far away from its roots and has become perceived as an anti-Scottish party. I think Johann Lamont has a helluva mountain to climb to persuade people that they’re not. I like Alex Salmond. I think he’s very sharp operator, like when he swooped down on to the lawn at Prestonfield House in the helicopter. Someone had produced a poster with Alex Salmond as Che Guevara, “El Presidente” and you can see how that could be dangerous, so I’m angry with the Labour Party for being useless, for taking their eye off the ball.

I think people who are working class kids made good felt that the Labour Party was saying to them that they had to pay higher taxes. But they’d only just clawed their way up to a better situation, so there was to be no help to get your kids to university, that you had to do it all yourself. There’s a problem there in that the politicians themselves were in quite comfortable positions, but they were almost preaching.

I think it’s been advanced before, but I’m coming round to thinking that everybody should get some sort of a basic wage, but that’s too radical isn’t it? It would also give you buying power which would help the economy. If you’re making widgets, someone’s got to be buying them.

I was talking to a woman earlier who said that she couldn’t afford to work and look after her children so she decided to give up work. I wondered when we’d got to the stage where a woman looking after her children was considered not to be contributing to society. It disturbs me that you’re expected to be out there doing some god-awful job rather than being with your kids.

Although Maggie’s only lived in the North East for 20 years, she still sometimes feels like an ‘inabootcomer’. In the concluding part of our chat, she talks about this corner of the planet, and drops a hint that she may find inspiration to write about North East Scotland. 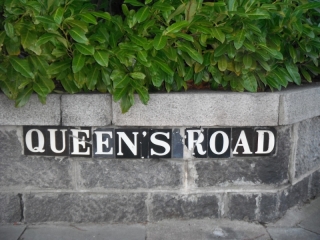 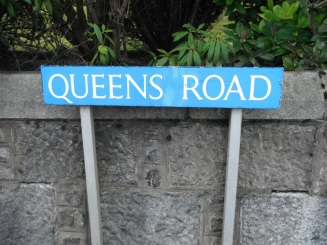 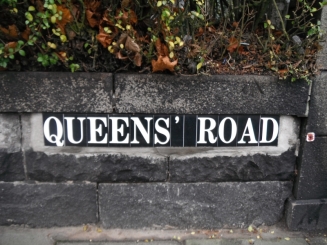 A poem by David A. E. Murdoch.

No fish, then no seabirds, nor sharks, only whales
With their blubber and blowholes and rudder like tales
For they sift the plankton on which the fish feed
But we eat the fish, not from hunger but greed

END_OF_DOCUMENT_TOKEN_TO_BE_REPLACED

A Poem By David A.E. Murdoch.

When does a man stop to look at his path?
When the petals are closing in its aftermath,
Drained of the vigour which carried him on
A light in the realm of death’s scurrying dawn,

Last year when the sun called my sepal to rise,
The salt on my temples smelled out enterprise,
But a weakness like gangrene devoured my pride,
Now I’m pleading with angels to ne’er leave my side,

When a man stiffs his collar and looks to the sky,
And ventures a question awaiting reply,
The answer the question he offered so low,
In asking is answered with no quid pro quo,

To ponder essential on ways bound with fear,
Racing at mazes no longer “it’s clear!”,
To compass my journey with wisdom and guile,
Leaves heaven’s companions to marvel and smile.

*From ‘Flying My Own Plane’  by David A.E. Murdoch,
compiled by Christine Wilkie. See Article.

Thanks to Christine for contributing the above.
Flying My Own Plane By David A. E. Murdoch is available
on Amazon, at Waterstones, Aberdeen, and on the
publisher’s website.

Chipmunka Publishing specialises in giving a voice to people
with mental health and other issues.

An anthology of poems by the late David A. E. Murdoch has raised over £1000 for a mental health charity.