A poem by Rapunzel Wizard, a locally based performance poet who is 96% human and 4% woolly mam­moth, and refuses to get a proper job or a haircut. 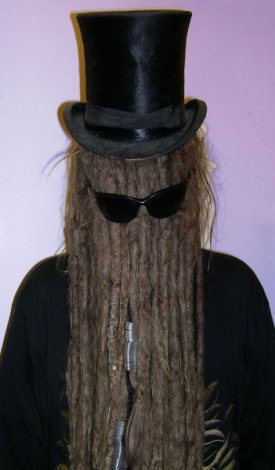 I’m dreading the royal wedding
As it’s doing my head in
Forget Kate, it’s Cameron
Who’s really in love with William
For his timing in popping the question

News on the date, news on the venue
News on the dress, and reception menu
News in nauseating detail
including the design for the commemorative tea-towel 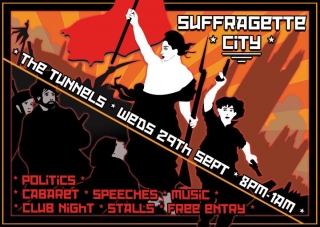 Suffragette City is a free evening of anti-establishment politics, music with performances, speeches from activists in the area and a club night. With stalls from environmental, humanitarian, and left wing political groups. END_OF_DOCUMENT_TOKEN_TO_BE_REPLACED

I’ve got lots of money and want to build a car park, so f*ck off – A poem by Rapunzel Wizard, a locally based performance poet who is 96% human and 4% woolly mammoth, and refuses to get a proper job or a haircut.

Out of keeping with the rest of Union Street
An island of green in a sea of grey
It would look better as an underground car park
Cost you 90 million to pay and display
Turn Aberdeen into a top destination
Sir Ian Wood say, but I would nae

Turn our parks into car parks
Sir Ian Would
But I’d rather he didn’t. 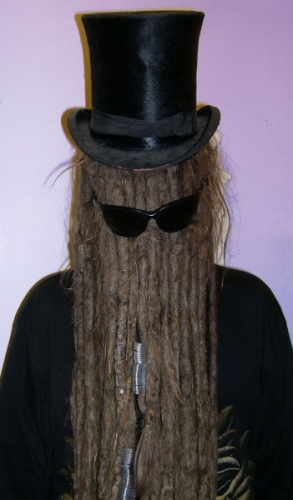 Are androids voted for by electric sheep?
We’re in our forties in our suits
from a public school laboratory.
We look like you but we’re not
cos we’ve no human empathy.

We’re androids built on privilige.
We would fail the Voight-Kampff test.
The ruling elite couldn’t slash and burn
if we had compassion or concern.

I’ve seen the servants at Eton Wick
their council estate makes me sick.
You might think we’re a feudal joke
“Peasants feel our Norman Yoke!”

We’re modelled on a Nexus Six.
Handshakes hide an iron fist.
We’re the invasion of the bodysnatchers
implanted spawn of Maggie Thatcher.

We’re the Eton Replicants
against us there is no defence.
There’ll be a public sector vasectomy
it will go the way of a rat in V.

We’re the Eton Replicants
like Roy Batty our government
might die in four years
but we’d still be here
amongst you.

Rapunzel Wizard is a locally based performance poet who will be appearing this week at The Coffee House, Gaelic Lane …. see Upcoming Events. He also hosts Jam Factory – an open mic session at The Moorings every Sunday.

Toddler Trump … A poem by Rapunzel Wizard, a locally based performance poet who is 96% human and 4% woolly mammoth, and refuses to get a proper job or a haircut. 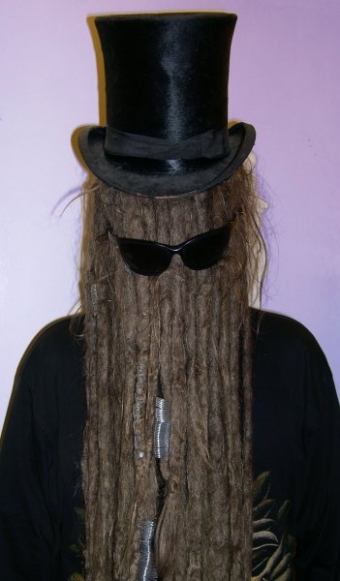 One Wedding and All Our Funerals… A poem by Rapunzel Wizard, a locally based performance poet who is 96% human and 4% woolly mammoth, and refuses to get a proper job or a haircut. 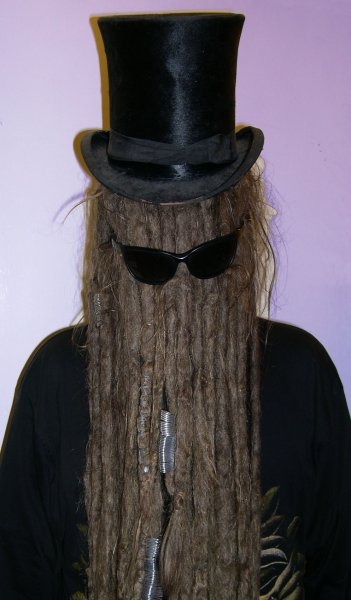