In the concluding part of Voice’s interview with author Maggie Craig, she talks of life as a NE inabootcomer who’s only been here for 20 years. By David Innes. 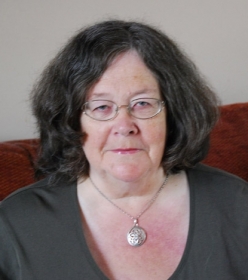 How do you write? A laptop in a particular place? The classic 500 words every day no matter what, which you go back and edit later on?

Not quite. 500 is a paltry number of words. 2000 is a good total for the day. I have a computer upstairs and I go up there and work for the morning until about one or two o’ clock. I write about ten thousand words, six or seven chapters, and then go back and start shaping it. I think of it like how my auntie used to make butter, patting it into shape.

The book I’m writing just now started because I saw a photo of a man’s face and there was something about his eyes made him look very sad.

He’s turned into a character in eighteenth century Edinburgh although his name’s Catto. His family’s from around the Methlick area, so Aberdeenshire is coming into it.

You’ve said that you admire what Aberdeen Voice is doing, but you believe there’s a lack of radicalism in the North East.

It’s not something I’ve ever been made aware of, although living out here I feel very dislocated from the city. But when I go into Aberdeen I don’t feel a heartbeat. You get that heartbeat in Glasgow although I know because that’s my own place, I would feel it. I was almost surprised when I saw Aberdeen Voice and I thought, “That’s great, there are radicals in Aberdeen!”, but the whole presentation of Aberdeen is that corporate, business “let’s go to the Oilmen’s Ball and we’re all doing charity for Marie Curie”  thing, so you’re not seeing that radicalism on the street.

I’ve been coming to Aberdeen and the North East since I was a wee girl and there’s so much there but much of it’s occult. I’m really interested in the folklore but it needs to be explored. North East people seem to be terribly backward at coming forward. What infuriates me is when you go into the bank or the Post Office and they stand so far back and you go, “Go forward! You’re the bloody customer!” It’s almost like you’ve got your cap in your hand.

When I was speaking to the kids in Ellon, I said, “I don’t think the Turra Coo reflects very well on the North East”, and one girl looked horrified. She’d obviously been brought up to think that the Turra Coo was a great story, but you had to be very careful about political views as you could lose your job.

I have this friend who, when she was at school, only twenty or thirty years ago, was told because she was a farm labourer’s daughter, “You’ll never make anything of yourself”. That’s what’s been done to young minds. She’s an intelligent girl, but doesn’t think that she is because she’s been told she’s a neep. There are a lot of entrenched attitudes, I think. You have to teach people to think for themselves, to give them self-esteem. That’s so important.

The kids at Ellon Academy impressed me. They’re getting a good education, but it’s so focussed on them passing exams and not, “Well, let’s discuss the Turra Coo. Let’s see what you think. Let’s marshal the arguments”. It’s stimulating to change your mind on something you were brought up with. Or not, of course.

There’s a meeting in January about some cultural development in Aberdeen. They’re using the usual jargon, it’s going to be a “step change” in the cultural life of the city and Aberdeenshire, but what I liked was that they’re saying that culture should not always be associated with the money it can earn. Culture and creativity should be there for their own sakes. Aberdeen needs more of that, I think, as it all seems to come down to the bottom line.

I’m sure industry’s highly-successful. I’ve met radical people who have worked for oil companies but you don’t say anything there either, do you? You might be the equivalent of Not Required Back.

It would be interesting to research it, to see who got into trouble for standing up for the laird.

So will you write something about this area?

People always ask if I’m going to write about Aberdeenshire, but I’ve not really got under the skin of it. When I found out my mother was from the Haddo House estate I thought that was interesting and could be something to look into, to find out what was going on, but that’s going to come later.

There are wee snippets. I’m fascinated byAberdeen Harbour, the Shore Porters and so on, so I’d love to write something about that.

I did a talk about a non-fiction book to an Aberdeen Ladies lunch a couple of years ago and that tribal thing was so funny. I don’t sound like I come from the North East, so people make judgements that you’re an inabootcomer. But when I said to them that my mother came from Barthol Chapel, it was like, “come in”, they embraced me.

That’s not always the way though. Naively, I thought that since my mother came from near Oldmeldrum, that might help, but to some people even not that far away from there, it might as well be Istanbul!

Thanks to Maggie for giving her time to talk so passionately about her work and what drives it. We fervently hope that her muse inspires a book about her adopted Aberdeenshire and NE Scotland. 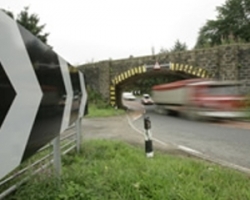 Nestrans, the statutory regional transport partnership for NE Scotland, will be submitting its views to Transport Scotland’s Rail 2014 consultation following a positive meeting with members of the North East Transport Consultative Forum.

“The meeting was extremely useful and covered a variety of rail-related subjects, including through trains to London, commuter trains, Sunday services, overcrowding and comfort levels on the current rolling stock. Once these matters have been discussed and a considered response prepared, we will be writing to Transport Scotland with our input to the consultation.”

Murray hopes that the Nestrans response will result in further enhancements for NE rail passengers. ScotRail has already agreed to introduce additional carriages adding 500 seats to Aberdeen–Inverness services from 12 December as a result of Nestrans raising concerns about overcrowding. This is “excellent news for passengers”, he believes.

Further good news is that from the same day, the 2105 Aberdeen–Edinburgh service will call at Laurencekirk from Monday to Saturday, giving a later last train back from Aberdeen on Saturday nights.

The 0941 Glasgow–Aberdeen service will stop at Laurencekirk and Stonehaven on Saturdays, as well as weekdays.

The Nestrans board will consider its response to Transport Scotland on February 15 with the consultation closing on 20 February. 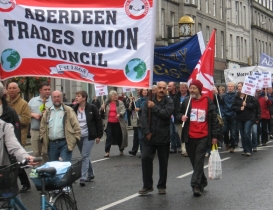