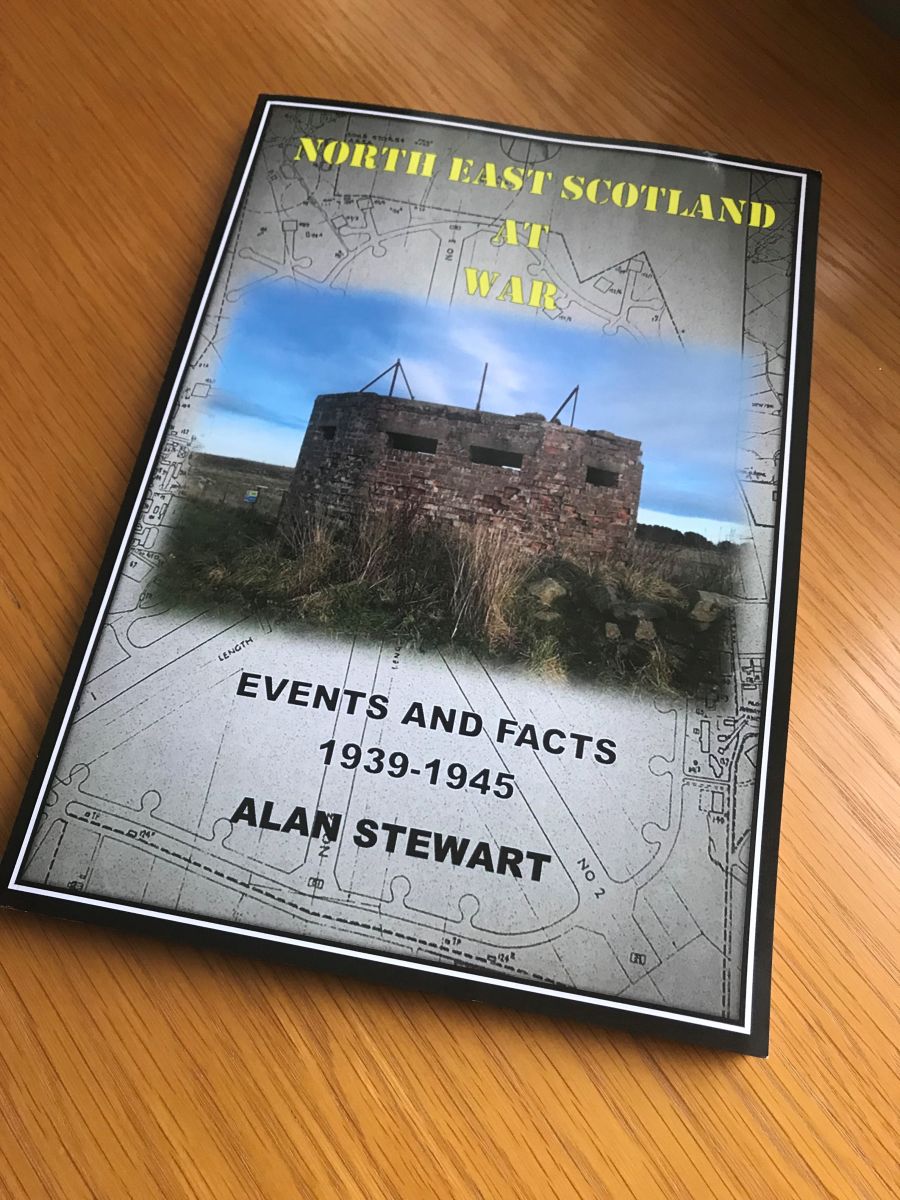 Five years in the making, Alan Stewart’s new book ‘North East Scotland At War’ will appeal to anyone even remotely interested in the history of the North-east of Scotland.
There are plenty of books out there which record the difficult years between the Chamberlain peace accord and the Soviet conquest of Berlin. Osborne’s ‘Defending Britain’ and Gordon Barclay’s ‘If Hitler Comes’ are the classics.

But this book is slightly different and there is certainly room for further historical accounts of the dark days when Hitler threatened our shores.

With a decidedly local slant, North East Scotland At War launches the reader into the minutiae of the defence of the North-east against what was, for a brief few years, perceived as the Nazi threat.

The archaeology of those distant times is laid bare and many of the official documents which record the difficult days inhabit the pages.

A ground-based Invasion never came. But preparations were firmly in in place and Alan’s finely researched history brings the day to day story of those difficult times sharply into focus.

Fougasse – developed by the Petroleum Warfare Department as an anti-tank weapon, Dragon’s Teeth and Railway Blocks feature in this book along with the stories of the stop-lines, the Home Guard roadblocks and of course that secretive plan to harry the invaders using suicide squads tasked with assassinating both their own commanders – who might betray them under torture – and German officers.

Air crashes also inhabit these pages. Alongside the enemy casualties, and they were in the hundreds, Alan details the stories behind some of the Commonwealth gravestones which litter the cemeteries of the North-east.

Training accidents accounted for many of the casualties.

A Czech fighter pilot killed when his Spitfire spiralled into the ground, an air-sea rescue crew lost in a collision with railway wagons on the perimeter of RAF Dyce Airfield and the gravestone of Flight Lieutenant Wheelock – killed attempting an emergency landing – again at Dyce – are featured.

This is one of those books which is difficult to set aside. The minutiae of the location of pill boxes and the stark reality of the bombing maps, feature alongside some difficult tales of children killed on the local sands, not by the Germans, but by the very defences intended to keep them safe.

Landmines and barbed wire were as much a hazard as air-borne bombs and machine gun bullets.

Alongside the difficult descriptions of civilian carnage, Alan has included a number of images of official documents which give a flavour of the times. In a memo marked TOP SECRET, a Colonel Geddes, commander of Aberdeen Garrison, expresses his concern regarding the vulnerability of Tullos Hill.

“I am a little uneasy” he writes,

“about the defence of TULLOS HILL – Area 4624. This is a very commanding feature, on which the following units are located: A.B. 2 Site, Heavy A.A Bty, Detachment 319 Search-Light Regiment, RAF Wireless Installation and Royal Observer Corps Post.”

And there are literally dozens of such so-far hidden documents sprinkled throughout this account of the time when the invasion of our shores seemed such a certainty.

North East Scotland At War – by Alan Stewart is Available from http://www.cabroaviation.co.uk/book.html at £21.99 + £3 P&P