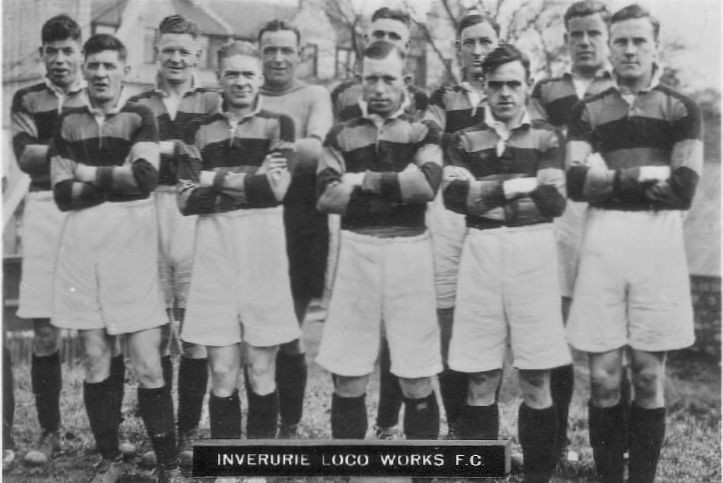 Researched and written by club historian David R. Fasken, the 400pp book covers the period from the clubs founding in 1902 right up to the present day.

Three years in the writing, the book includes a foreword by the current Scottish Football Association President and former Loco’s player Alan McRae

Fully illustrated with both GNSR and Loco team photos – many previously unpublished – the book explores the formation of the club – a full year prior to the founding of Aberdeen FC – and reveals the origins of that famous red and black strip.

This social and sporting history authoritatively records the trials and tribulations of a team founded by the railway workers of the Great North of Scotland Railway Company.

From early days as a successful Junior Club through to entry to the Highland League in 2001, the Locos have played uninterrupted at Harlaw Park for well over a century.

Fans of the club will relish this book and residents of Inverurie will recognise many of the players and events described.

This is not just another football club history. The matches, the scores and the long journey to Highland League status feature in detail – but alongside these, the author has woven a finely crafted tale of local lads, local pride and local history.

“If Goalposts Could Talk” is essential reading for sports fans everywhere plus anyone interested in the social and industrial history of Scotland, Inverurie and the North East.

If Goalposts Could Talk – By David R. Fasken

Available from local outlets such as Strachans and Gibbs of Inverurie plus the club website at: www.inverurielocoworks.co.uk from 8th September price £20.

The September edition of Leopard Magazine features a full review of the book.