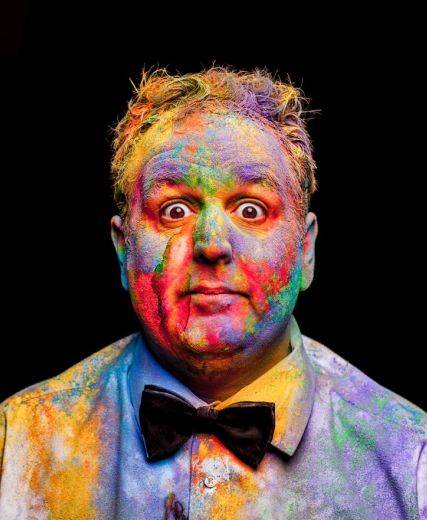 Stand-up comedy fans will be able to laugh along with their favourite comedians when Aberdeen Comedy Festival makes its return next week.
Launched by Aberdeen Inspired in 2016, the eleven-day festival will run from Thursday, October 5 to Sunday, October 15.

One of the largest of its kind in the country and full of laughs from start to finish it will feature local, national and international comedians who are scheduled to perform more than 50 shows at over 20 city centre venues.

The festival, which is becoming a firm fixture on the Aberdeen comedy scene, will also include free stand-up shows, comedy workshops for children and adults, kids shows, local talent showcases and comedy films screened at the Belmont Filmhouse.

Sponsored by McGinty’s Meal An’ Ale, the festival’s format includes solo stand-up performances as well as mixed bill shows where several comedians take to the stage.

Scottish comedian Fred MacAulay, who performed at the festival last year, will make a return alongside other comedians, including Daliso Chaponda who reached the finals of Britain’s Got Talent this year, Justin Moorhouse, Gary Delaney, Andrew Maxwell and Shazia Mirza.

‘Lunchtime Laughs,’ which are suitable for those aged 18 and over, will feature talented Scottish comedians Rosco McClelland, Gary Faulds, Gareth Mutch and Ross Leslie.

“The first Aberdeen Comedy Festival was a tremendous success and we’re delighted to have another fantastic line-up of comedians for the public to enjoy this year.

“There was a great buzz in the city centre during the festival and we received a lot of positive feedback from the public and city centre businesses who saw an increase in trade through hosting stand-up shows.

“A lot of work has been done to organise the festival this year and I’m sure the public will want to take advantage of this opportunity to see an impressive range of comedians in the city centre.”

“We’re very proud to support Aberdeen Comedy Festival again this year and play our part to bring cultural events to the city.

“The comedians who will be on stage for our free ‘Lunchtime Laughs’ shows are fantastic and we hope the free entry will attract large numbers to help us create a great atmosphere for all the performances.

“We will be running a few offers during the festival including a set price menu for the lunch time shows and we think it will be a great excuse for the local businesses to gather the team for some light-hearted lunchtime fun.”

McGinty’s Meal An’ Ale will also host two free 4pm shows on Friday, October 6 and Friday, October 13 and the public will be able to enjoy some free late-night laughs on the Thursday, October 12 at 10pm with Ross Leslie and Jim Smith.

This year the festival also has comedy workshops and shows for children and young people. A School of Comedy workshop for teens will be held at The Lemon Tree on Saturday, October 14 from 10am to 1pm.

The event is for young people aged between 12 and 18 and will be hosted by young comedian Andrew Sim who will lead workshops designed to encourage and support new stand-up comedians.

A kids’ comedy hour will also run on Saturday, October 14 at 2pm at the Belmont Filmhouse.

Comedians Tiernan Douieb and Bec Hill will perform a child-friendly show suitable for those aged six and over.

On Saturday, October 7 the Belmont Filmhouse will also host a special Filmhouse Junior screening of Disney’s Aladdin at 11am, starring Robin Williams as the voice of the Genie.

Tickets for Aberdeen Comedy Festival, which has been organised with programming partner Breakneck Comedy, can be bought at The Lemon Tree or HMT Box Offices as well as online via the Aberdeen Box Office website or www.aberdeencomedyfestival.com/whats-on/