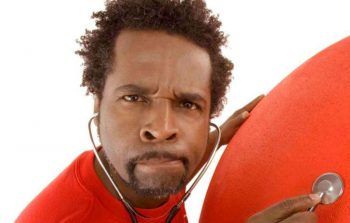 Tickets for a new comedy festival in the heart of the Granite City will be available to the public from Friday September 23.
Comedy fans can choose from over 65 shows from a fantastic line-up of comics during the 23 day Aberdeen Comedy Festival, which is taking place from October 14 to November 5.

The laugh filled extravaganza, which is being sponsored by local bar/pub McGinty’s Meal An’ Ale, will feature more than 250 comedians performing at over 20 venues throughout the city centre.

Junior Simpson, Phil Nicol, Shazia Mirza, Allyson June Smith, Seymour Mace and local favourite Gus Lymburn have been announced as the latest comics to take part in the inaugural event, which will mark the first time Aberdeen has hosted a comedy festival on such a big scale.

Finding his humour in the everyday and humdrum with anecdotes of his world travels as a comedian, Junior Simpson has a boundless joy and exuberance that has audiences hooked with hilarity.

With his infectious energy and huge stage presence it is easy to see why Junior Simpson is a circuit favourite. Junior has performed in countless festivals and is looking forward to taking part in the first Aberdeen Comedy Festival.

The festival will kick off in style with a gala launch event at the historic Tivoli Theatre in Aberdeen on October 14 as Australian funnyman Tom Stade sets the tone for the event.

“Both Aberdeen Inspired and Breakneck Comedy have been working incredibly hard on planning the Aberdeen Comedy Festival and we are delighted to have reached this point.

“At what continues to be a difficult time economically for the city, we are pleased to bringing some laughs to Aberdeen with the first comedy festival of its kind and it is great to get support from local businesses like our main sponsor McGintys. There has been a fantastic buzz since we launched the festival and we are sure there will be great interest in the wide variety of comedians and shows that will be on offer from Friday.

“The launch event at Tivoli is shaping up to a tremendous event and we are looking forward to kicking off the festival in such wonderful and historic surroundings. Our ambition with the festival was to source the best comedy for both residents and visitors to enjoy and we hope the public will take advantage of this opportunity to see a varied range of comedy in the city centre.”

“As a local business, we are delighted to support the first Aberdeen Comedy Festival. It is great to be involved in a new initiative for the North-east and hopefully this will encourage everyone to stay local in the city centre to enjoy what our great city has to offer. We look forward to welcoming all the comedy lovers and throughout the festival we will be serving the official festival ale ‘McGinty’s Barrel of Laughs’.”

“The Tivoli is thrilled to be involved with such an exciting event and we are proud to be the Comedy Festival Gala Night venue. We know that audiences all over the city will have a great laugh and we hope it will bring new people to the theatre.”

The festival programme has been put together by Naz Hussain of Breakneck Comedy. Younger audiences will also get a chance to have some fun at a special show for kids, while anyone who has ever fancied their hand at comedy will have the chance with stand-up comedy workshops.

To buy tickets (from Friday September 23) and for more information on the festival visit http://www.aberdeencomedyfestival.com/

Tickets can also be bought in person at the Lemon Tree or HMT Box Offices.

Proceeds are used to fund projects designed to improve the business district. Further information on the work of Aberdeen Inspired is available at www.aberdeeninspired.com