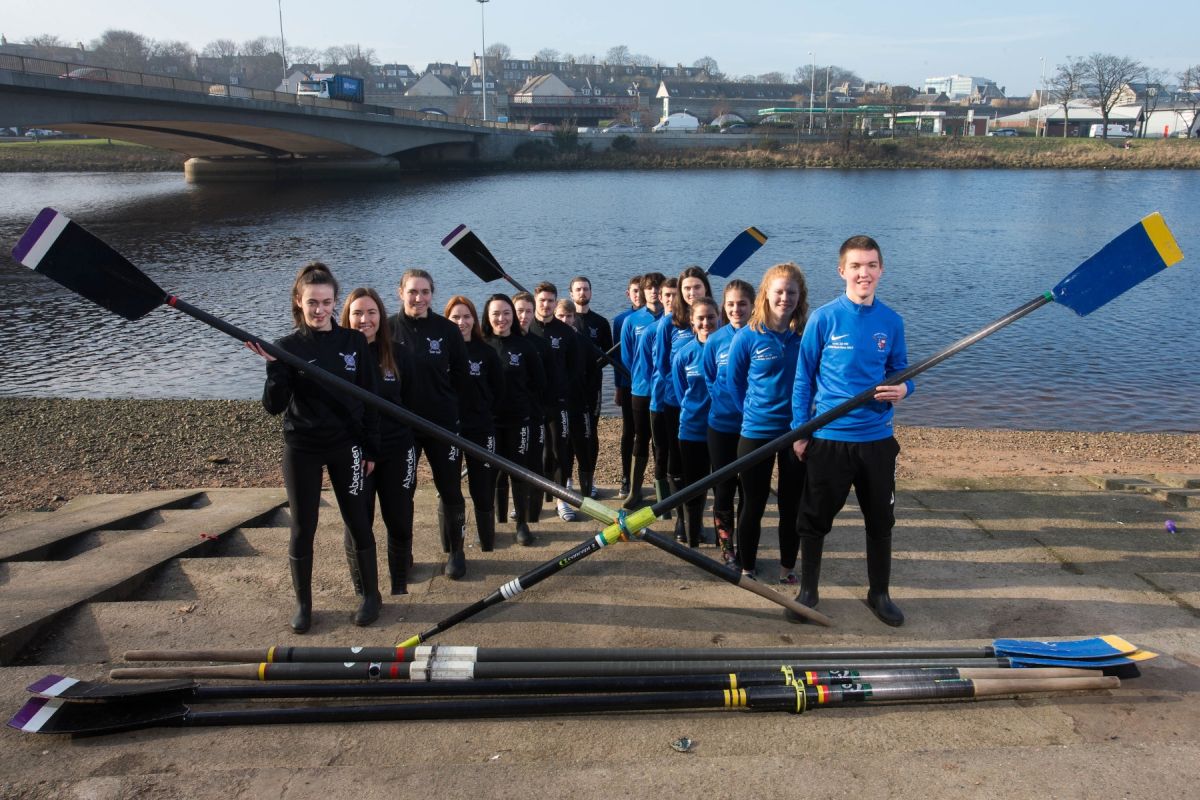 After months of secrecy and planning, the final crews are announced on Tuesday, 21 February for the 22nd annual Aberdeen Boat Race. The 18 successful students have travelled from around the world to study at the University of Aberdeen and Robert Gordon University – from A Coruña in Spain to Perth in Australia.

They will come together this Saturday, March 4, for the challenging 3.5km race along the River Dee, which is sponsored by Aberdeen Asset Management.

Rowing for the University of Aberdeen are:

Last year’s race was the most exciting yet, with both crews breaking the course record. Jostling for first position along the length of the course, RGUBC just clinched the title for the fifth consecutive year by only a quarter of a length. After coming so close, AUBC is determined to make 2017 the year they bring the trophy back to their boat house.

As the Aberdeen Boat Race enters its 22nd year, it is once again supported by global investment group, Aberdeen Asset Management.

“Since its inception, the Aberdeen Boat Race has become a real highlight in the city’s sporting calendar. Over the past few months, the crews have faced dark, early mornings and intense training sessions in rain and shine to prepare for the race ahead of them, and the time is almost here to put that training into practice.

“Aberdeen Asset Management remains dedicated to nurturing young talent, and we look forward to celebrating both crews’ achievements on March 4, regardless of who lifts the trophy.”

“Every year the crews from both universities show great skill and determination on the water and this year will be no different. The atmosphere at the finish line is electric and it is always fantastic to see Robert Gordon University students lining the riverbanks alongside the general public. I’m looking forward to another exciting race in March.”

Professor Sir Ian Diamond, Principal and Vice-Chancellor of the University of Aberdeen, adds:

“Last year’s race was incredibly close, and I know that AUBC has been out on the water training hard this year. The effort that both crews put into the preparations for the Aberdeen Boat Race is commendable, and I’m sure will lead to another exciting race along the River Dee.”

Following the toss for stations at 3.20pm, a number of races will take place in the run up to the title event. The Universities’ Second Crew Race takes place at 4.05pm, while the Alumni Crews take to the water at 4.25pm. The Media Challenge – which will see the Evening Express and Original 106fm take on reigning champions BBC, takes place at 5.15pm before the main Aberdeen Boat Race at 5.30pm.