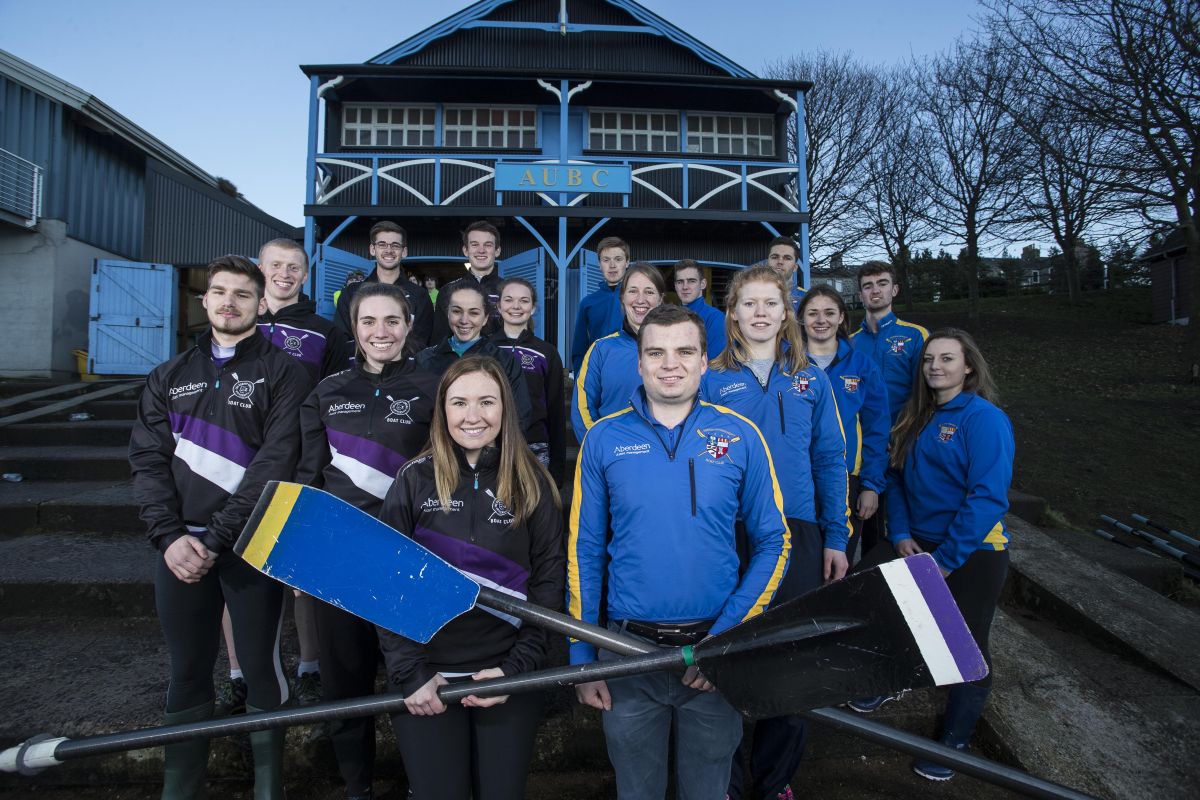 Two Aberdeen universities are set to go head to head in a battle of steely determination on the waters of the River Dee.

Student rowers will face off in the Aberdeen Asset Management Universities’ Boat Race – thought to be the city’s hardest-fought sporting competition – on Saturday, March 12 at 4.00pm.

The University of Aberdeen has challenged reigning champions Robert Gordon University (RGU) to a rematch on the River Dee in the hopes they can break RGU’s four year winning streak.

In 2015, RGU won with a time of eight minutes and 30 seconds, beating fierce rivals the University of Aberdeen by one and three-quarter lengths.

Now in its 21st year, the event also includes second crew, alumni and media team races – attracting students, alumni and members of the public down onto the banks of the Dee to cheer on the crews.

Aberdeen University Boat Club president Ian Walker (21) is confident that his crew will be able to live up to their challenge and reclaim the river in March. Medical student Ian, who hails from Edinburgh, says,

“RGU has dominated the river for the last four years, but we are determined to change that. We are already training hard and are confident that 2016 will be the year the trophy will return to the University of Aberdeen boat house.”

“RGU’s rowers this season are on top form, and I really believe that we can extend our winning streak to five years.”

The annual boat race stretches from the Bridge of Dee to the Aberdeen Boat Club, covering 3.5km of water. Each team of eight, and their accompanying coxes, will undergo a gruelling training regime in order to fully prepare for the challenge ahead.

“The Aberdeen Asset Management Universities’ Boat Race is not just a highlight of the academic year, but also of the city’s sporting calendar. The healthy rivalry between RGU and the University of Aberdeen ensures that each crew strives to perform to the best of their abilities. I, for one, cannot wait to be at the riverside to watch the crews battle it out on the water.”

Professor Sir Ian Diamond, Principal and Vice-Chancellor of the University of Aberdeen, says:

“The passion and determination of both universities’ crews is fantastic. Each year they push themselves to the limit in what is always a close competition which is thrilling to watch from the riverbank. I hope that students, families and the general public will turn out in force to support what is surely Aberdeen’s most exciting annual sporting event.”

“The Aberdeen Asset Management Universities’ Boat Race allows the city’s top rowing talent the chance to put into practice the skills they have worked hard to hone over the past year. The rivalry between universities extends beyond the crews on the water and into the spectators on the shore, who are always vocal in their support of the two teams. Aberdeen is delighted to once again back the Universities’ Boat Race in 2016.”