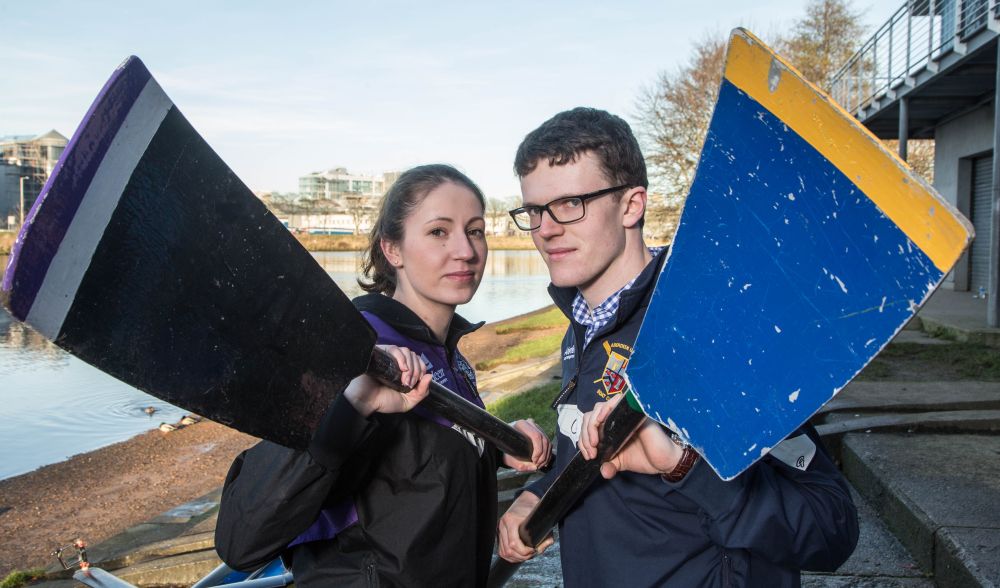 With thanks to Beverly Tricker, Tricker PR.

The 2015 Aberdeen Asset Management Universities’ Boat Race looks set to be the most hotly contested yet.

Top student rowers will be going oar to oar in all-out battle to win the coveted rowing race,  which takes place on the River Dee on Saturday, 21st March  at 2.20pm.

Now in its 20th year, the event also includes alumni, second crew and media team races and with all this action on the water it will be a real spectator attraction, and the public are urged to come along and cheer on the teams.

RGU Boat Club president Emily Geddes (20) hails from Aberdeen and has been rowing since the age of 13, winning double gold medals at the British Rowing Junior Championships.

Applied Sports and Exercise Science student Emily believes that RGU could be on course for its fourth win in a row. She says:

“Last year we made it a hat trick and we are going all out to make it four in a row. We won’t be taking anything for granted and are working hard to hold onto the title.”

Her Aberdeen University Boat Club counterpart, Tom Coles (21) is from Callander and aside from his computer sciences studies, rowing and the presidency of the University’s boat club takes up most of his free time.

“We may not have won last year, but we came very close and we also succeeded in breaking the previous boat race record. We are confident that we will see the title return to Aberdeen University in 2015. We’re full of fighting spirit and will be going all-out to achieve victory.”

The race takes place over a 3.5km stretch of the River Dee in Aberdeen, between the Bridge of Dee and the Aberdeen Boat Club. In preparation of the 2015 event, both crews are undergoing gruelling training, including early morning starts on the river.

Each of the 18 rowers and accompanying coxes will take just under 300 strokes to compete the race, pushing their physical and mental endurance to the hilt.

“This is a fantastic event for both universities and the city as a whole and is always contested in great spirit. The fact that both teams broke the course record last year shows how the standard of our student athletes continues to rise and I’m sure this year’s race will be another exciting spectacle.”

“The rivalry of the Oxford and Cambridge boat race is nothing compared with the competitive determination of our crews, not to mention the passion of our supporters, and we hope that students, families and the general public will turn out in large numbers to support this great sporting occasion.”