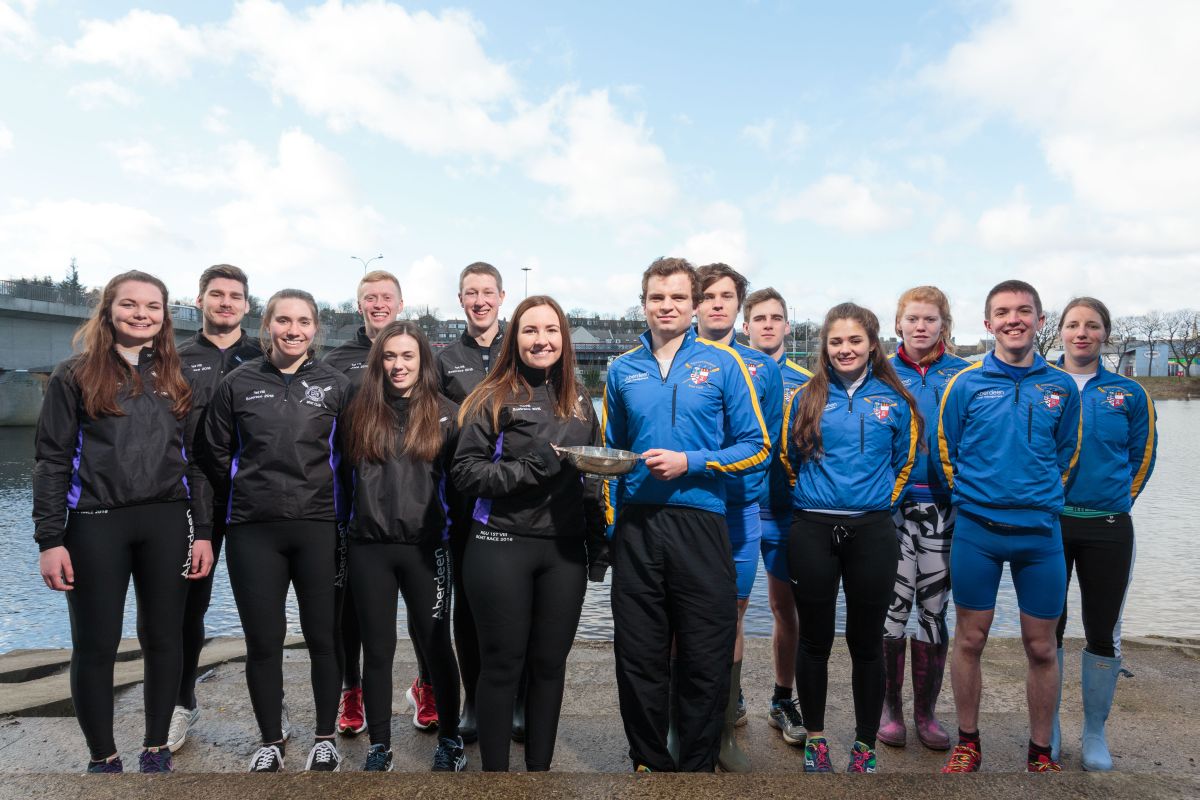 Reigning champions Robert Gordon University will go head to head with the University of Aberdeen on March 12 in the Aberdeen Asset Management Universities’ Boat Race.

The final crews for the 21st Aberdeen Asset Management Universities’ Boat Race were announced on Tuesday.

The 18 students, who will compete for the title come from across the globe – from Perth in Australia to Detmold in Germany. Their intense training and dedication have won each of them a place in their university’s boats for Scotland’s longest running boat race.

The annual event takes place on Saturday March 12 2016 and sees Aberdeen’s two universities, Robert Gordon University and the University of Aberdeen, battle it out in a demanding 3.5km race as they both attempt to be crowned champions of the River Dee.

The University of Aberdeen crew members are:

Ian Walker (21) from Edinburgh, Henry Pettinger-Harte (20) from Chester, Laurence Jennings (18) from Aberdeen, Marvin Mücke (21) from Detmold in Germany, Fiona Bell (20) from Glasgow, Isla Ferguson (19) from Edinburgh, Jose van Paassen (26) from Schipluiden in the Netherlands, and Lianne Stevenson (22) from Kirkwall. The cox is Alex Ralston (19) from Perth in Australia.

Last year, after a fiercely competitive race along the River Dee, the Robert Gordon University boat crew was crowned race champions with a time of eight minutes and 30 seconds. The rivalry between both teams is set to be at an all-time high at this year’s boat race, as the University of Aberdeen attempt to knock their opponents off the top spot on March 12.

With the boat race now in its 21st year, the annual event has become one of the highlights of Aberdeen’s sporting calendar thanks to the continued support of global investment group, Aberdeen Asset Management.

“We’re once again thrilled to be supporting the Universities’ Boat Race and the city’s top rowing talent. Both crews have continued to train very hard throughout a difficult winter; by doing so they have all shown sheer determination, enthusiasm and commitment towards rowing. Aberdeen Asset Management is dedicated to supporting young talent, and it’s always rewarding to see the achievements both teams have made.”

“The friendly rivalry between both universities reaches its peak during the boat race. Our students always turn out in force to support the University of Aberdeen team, which I know means a lot to the boat crew and helps to give them a big boost on the day of the race. Both clubs always perform exceptionally well, but I’m hopeful that this will be our year.”

“The drive and determination from the boat crews is always wonderful to watch. Both teams have worked very hard in preparation for the race, and I have no doubt that it will be an extremely close competition on the day. The boat race manages to create a real buzz amongst our students, who are all eager to get involved and cheer on their team by the riverside. We’re all very proud of RGUBC and what they’ve managed to achieve over the years.”

Following the toss for stations at 1.50pm, a number of races will take place in the run up to the title event. The Alumni Crews take to the water at 2.35pm while the Universities’ Second Crew Race takes place at 2.55pm. The Media Challenge – will see the Evening Express, STV, and the BBC take on last year’s champions, Original 106fm – takes place at 3.40pm before the main Aberdeen Asset Management Universities’ Boat Race at 4pm.