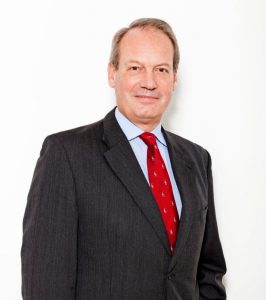 VisitAberdeenshire will swap the north east coast of Scotland for the Nevada desert this October, as the tourism organisation visits IMEX America.

The exhibition, which takes place from 18-20 October in the newly renovated Sands Expo and Conference Centre, will bring the meetings, incentive travel, conferences and events (MICE) markets together with tourism operators from across the globe.

This will be the first time VisitAberdeenshire has exhibited at the renowned American business travel event, allowing the organisation to network with 3000 hosted buyers and 2000 attendees to show what Aberdeen and Aberdeenshire have to offer.

“There has never been a better time for us to promote business travel to Aberdeen from the USA. Icelandair’s new flight routes via Reykjavik have opened up a more flexible travel schedule to visitors, alongside existing routes via traditional international hubs in London, Frankfurt, Paris and Amsterdam.

“We’ll be showcasing Aberdeen as a centre of excellence for far more than oil and gas.  For example, the research conducted at the University of Aberdeen and Robert Gordon University extends far beyond oil, gas and renewables. We can attract further conferences and events to the area by underlining the city’s expertise in key areas including the life sciences.

“At IMEX America, we will stress this diversity of knowledge with key buyers and organisers looking for suitable destinations which have access to world class professionals to host their future conference and event needs. We have previously exhibited at IMEX Frankfurt predominately reaching the European markets, but with improved access to Aberdeen via new flights, the time is right for us to exhibit at IMEX America.

“As with everything in Vegas, it’s on a whole new level with 3,100 exhibitors, 3,000 hosted buyers and 2,000 delegates attending, which makes it a fantastic opportunity for Aberdeen and Aberdeenshire.”

VisitAberdeenshire will have much to discuss with those attending the conference, not just about Aberdeen and Aberdeenshire’s far-reaching wealth of expertise but also the region’s developments in meetings and conferencing facilities.

The area’s rejuvenation, he says, shows that despite the current downturn in oil and gas, Aberdeen is still a force to be reckoned with in the meetings and events industry.

“Across Aberdeen and Aberdeenshire, venues and suppliers are continually improving the quality of their offering, and providing new and valuable services to those looking to organise meetings, events and conferences.

“Work is now underway on a £333 million transformation of the Aberdeen Exhibition and Conference Centre (AECC) which will have a significant impact on the MICE industry. Relocating to a site near Aberdeen International Airport, the venue’s facilities for conferences, exhibitions and meetings will be greatly improved, and will be augmented by a state of the art performance arena, hotels, restaurants and leisure facilities.

“The airport itself is also in the midst of a £20 million expansion programme, featuring new passenger lounges, baggage claim and security services. This is an important step in improving the north east of Scotland’s infrastructure for delegates visiting the area.

“Venues which are traditionally associated with the region’s rich culture – including Aberdeen Art Gallery and the Music Hall – are also currently being renovated and expanded. These two developments, worth £37 million in total, will provide unique locations for meetings, gala dinners and drinks receptions in the heart of Aberdeen city centre.”

At a time when Aberdeen and Aberdeenshire’s room rates are at their most competitive level in recent memory, the region has become incredibly attractive not just to meetings and event organisers, but also to those looking to offer incentives to their clients and colleagues. The area’s many historic castles provide a stunning backdrop for hosting dinners for conference and incentive groups, and nearby whisky distillery tours are consistently a hit with visitors.

“Conferences today are not just about spending the whole day in a meeting room, and there is increasingly a requirement to offer delegates the chance to get out and about, to network informally and relax between sessions.

“The north east of Scotland, for example, is home to some of the best golf courses in the world – from Royal Aberdeen and the Trump International Golf Links to Braemar, the highest 18-hole course in the UK.

“In addition to our wonderful choice of 56 golf courses, Aberdeen and Aberdeenshire offer plenty of opportunities to explore the outdoors, and for team building events to be organised at one of the region’s outdoor centres.”

For more information about Aberdeen and Aberdeenshire, and the facilities on offer to the meetings, incentive travel, conferences and events market, please visit www.visitabdn.com