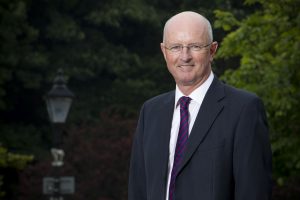 Tourism body VisitAberdeenshire will cross the North Sea later this month in order to strengthen the north east’s connections with Scandinavia.
Representatives from the organisation will attend Offshore Northern Seas (ONS), a key energy industry event in Stavanger, Norway, from 29 August to 1 September.

Norway is Scotland’s seventh largest international market in terms of visits, spending around 430,000 nights in the country and contributing £68 million to the economy.

In addition to meeting with key Norwegian travel industry operators and media, VisitAberdeenshire has sponsored the Aberdeen and Aberdeenshire Pavilion which forms part of the conference’s evening festival entertainment in Vagen Harbour.

Open nightly from 5pm to 1am, the festival’s official after-party programme also includes concerts and fireworks displays, and allows delegates the chance to meet in an informal environment after attending the event’s conference, exhibition and technical sessions through the day.

“Norway has traditionally been a key market for both leisure and business visitors to the north east of Scotland, and VisitAberdeenshire is keen to strengthen these links.

“Despite the depressed nature of the oil and gas industry, it is still a key driver of business tourism in the north east of Scotland. Aberdeen and the surrounding area is still recognised as a global centre of excellence for the energy industry, and so it makes sense for international events related to the field to be held in the region. Throughout ONS we will be liaising with decision makers in the industry to attract new events to the north east of Scotland.”

Regular flights from Oslo, Stavanger and Bergen allow travellers to touch down in the north east after just over an hour’s flight time. This close proximity allows for great collaboration in both business and leisure tourism.

“New developments like the relocation of the Aberdeen Exhibition and Conference Centre will undoubtedly be a big talking point for those interested in bringing large conferences and events to the north east of Scotland. Many business visitors will also be interested in extending their stay in order to enjoy the area’s renowned golf offering.

“And the region also has a lot to offer leisure visitors. Lower shopping prices are incredibly attractive, as are the area’s amazing castles and whisky distilleries.

“With the area’s hotels more competitively priced than ever before, we firmly believe that there has never been a better time for Norwegian travellers to visit Aberdeen and Aberdeenshire and we look forward to spreading that message in Stavanger later this month.”

VisitAberdeenshire was launched in April 2016, and is supported by Aberdeen City and Aberdeenshire Councils, Scottish Enterprise and Opportunity North East. For more information, please visit www.visitabdn.com