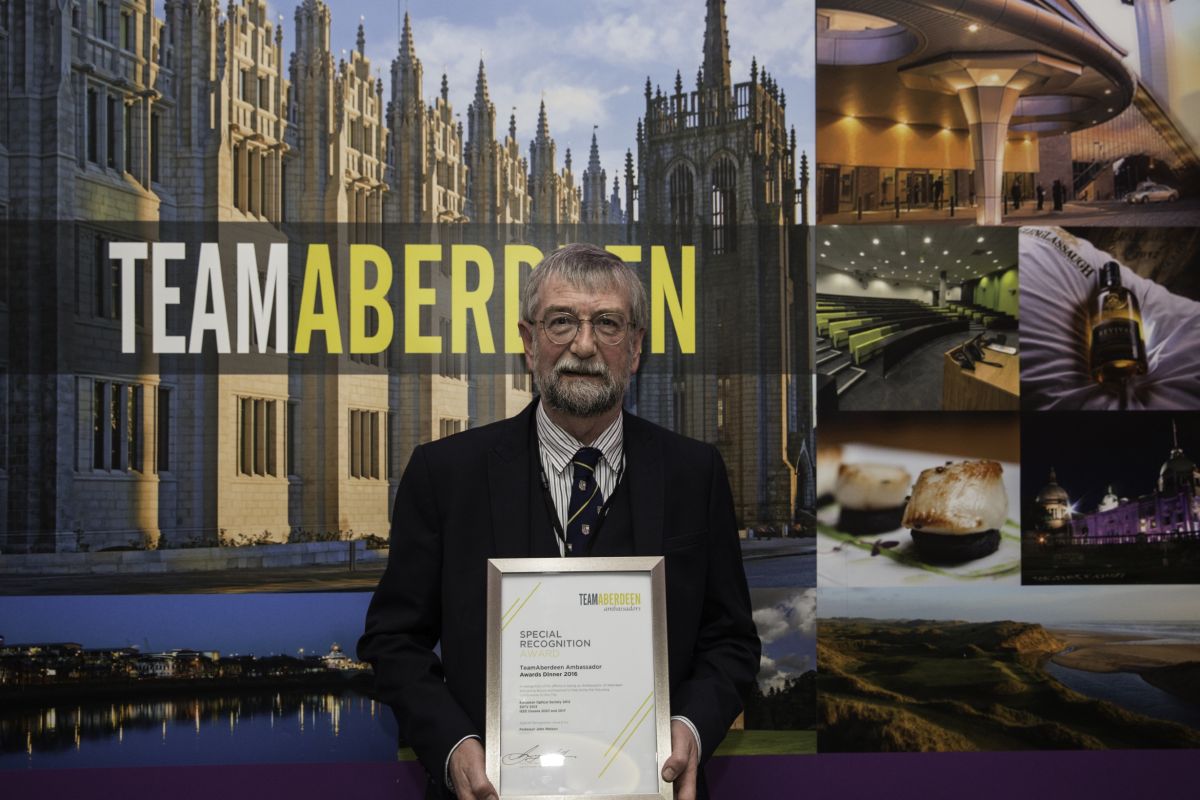 Professor John Watson recieved a special recognition award at the Team Aberdeen Ambassador Awards for his efforts in bringing conferences to the north east of Scotland.

Ambassadors responsible for bringing high profile conferences to the north east were on Wednesday (11 May) recognised at an award ceremony in Aberdeen’s Chester Hotel. The annual Team Aberdeen Ambassador Awards celebrated the efforts of those who brought conferences on a diverse range of topics – including gene regulation, translation, rural sociology and marine technology – to Aberdeen and Aberdeenshire over the past 12 months.

Twenty individuals received awards for their efforts in promoting the Aberdeen and Aberdeenshire to their associations, successfully bidding for and hosting 18 conferences in Aberdeen City and Shire over the past year.

Such events have highlighted local organisations’ expertise within a diverse range of subject areas, and have helped to promote the north east as an attractive conferencing destination.

A special recognition award was also given to Professor John Watson of the University of Aberdeen. Throughout his career, Professor Watson has been an incredible ambassador for the region. This special award recognises the wide range of academic events he has brought to Aberdeen over the years, including the European Optical Society 2012, 3DTV 2013 and IEEE Oceans 2007 and 2017 conferences.

“I am absolutely thrilled to receive this special recognition award, and it is fantastic to see so many of my peers’ efforts being recognised as well. Organising conferences on this scale requires the support of a strong team, and we are all grateful for the hard work of our colleagues in helping bring them to fruition.

“As academics, we have wide networks of contacts that span the globe and it is important that we use these to bring our international colleagues to Aberdeen and Aberdeenshire for high-profile conferences and events. This not only benefits our own academic institutes by bringing world-renowned experts to Aberdeen, but benefits also the conference venues and has a knock on effect to the leisure tourism industry as visitors discover just what the region has to offer.”

“Aberdeen is often called the oil capital of Europe, and many know about the large energy industry events which take place in the city. While the energy industry is obviously valuable to the region, it is important to realise and celebrate the diverse range of academic events that also take place. 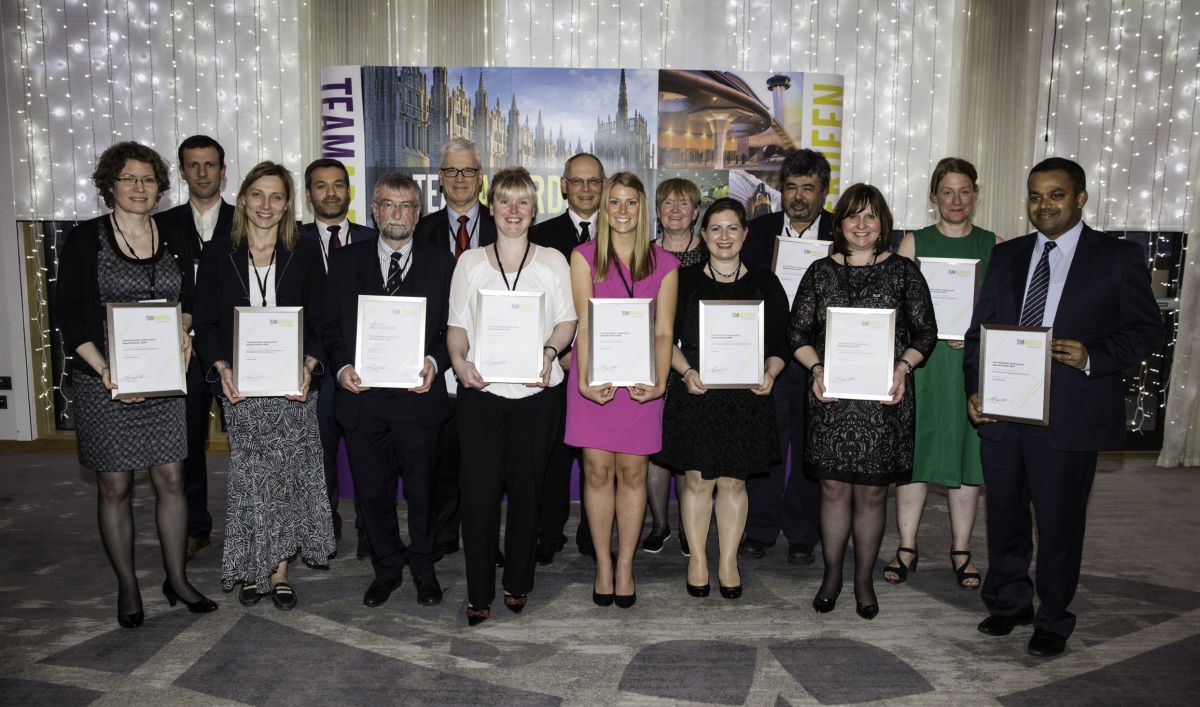 “From Latin American studies to cement and concrete technology, the breadth of conferences held in the north east over the past year is staggering. It shows that Aberdeen and Aberdeenshire have a lot to offer in a diverse range of important research fields.

“The success of these conferences highlights the excellent facilities that the north east has to offer.

“From the Aberdeen Exhibition and Conference Centre for large-scale conferences to the hotels and exclusive use venues which host smaller meetings and events, the region has a lot to offer those looking for somewhere to hold a successful conference.

“We are incredibly grateful to the Team Aberdeen Ambassadors for all of the work they have put into promoting the region to their academic colleagues, and we look forward to working with them over the next twelve months to bring even more conferences to the area.”

Team Aberdeen Ambassadors is a collaboration between VisitAberdeenshire, University of Aberdeen, Robert Gordon University, James Hutton Institute and Aberdeen Exhibition and Conference Centre, working together to increase the level of national and international association conferences being held in Aberdeen City and Shire. The Team supports individuals who can influence their own professional association in bringing events to the north east.