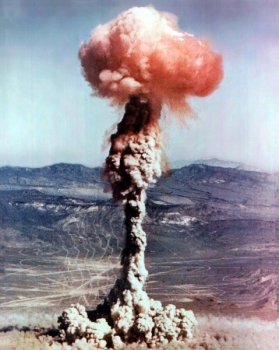 Aberdeen and District Campaign for Nuclear Disarmament have organised an event to mark the occasion and remind people of the potential horror of the use of nuclear weapons.

The first speaker at the event will be Christian Allard North East Scotland Regional Member of the Scottish Parliament and member of the international body Parliamentarians for Nuclear non-proliferation and Disarmament. Other speakers include Fiona Napier Chair of the Scottish Palestine Solidarity Campaign, Chic Lidstone from the Work Place Chaplaincy Scotland,  Gabrielle Anderson from the Quakers, Euan Benzie of the Radical Indepence Conference and Jill from Aberdeen Against Austerity,

Poems will be read by Tommy Campbell from Unite and Aberdeen Trades Council. Kirsty Potts will provide some rousing songs.

The memorial event which is open to all the public to attend will take place on Tuesday 6th August at 8.30pm by the side of the River Dee at the Fishermans hut off Riverside Drive (between the Bridge of Dee and Duthie Park –  see map below)

“For most of us nuclear weapons have been a part of the world we live in for all of our lives. We can as such often put into the back of our minds just how horrific these weapons would be if used. As part of the Nuclear Non Proliferation Treaty and the New Start treaty of December 2010 nearly 50% of these monstrous weapons have been destroyed.

“There are still however 19,500 Nuclear Weapons in the world – enough to destroy our world several times over. Nuclear Power Stations, if hit directly or if they caught fire in a nuclear strike, would add to the conflagration.”