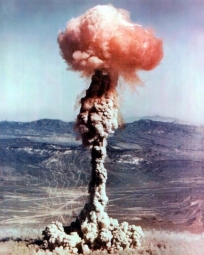 Aberdeen CND invites you to mark the 67th anniversary of the first use of nuclear weapons.

In August 1945 the US dropped 2 atomic bombs on the Japanese cities of Hiroshima and Nagasaki.

We will release 200 peace lanterns on the River Dee to commemorate the 200,000 men, women and children who died.