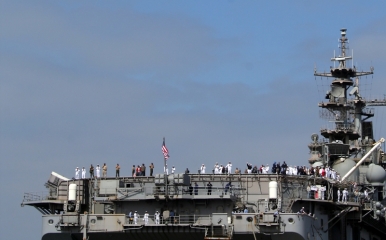 There have been twenty-three acknowledged serious nuclear accidents to befall the worlds U.S. and Soviet nuclear forces.

There have been 16 crashes involving British nuclear submarines since 1998.

Despite this there appears to be a certain amount of complacency as regards the nuclear submarine base at Holy Loch on the Clyde.

“It is planned that potassium iodate tablets would be distributed before any release of radioactive material had occurred at a time determined by monitoring the condition of the reactor”.

“There has never been an accident involving a nuclear powered submarine reactor which has led to, or come anywhere near leading to, any release of radioactive contamination to the environment” – Dr John Reid, ex-Armed Forces Minister