Voice’s Alex Mitchell presents part 2 of an account of the key events which informed and influenced the Union Of Parliament between Scotland and England in 1707, and in doing so, impartially debunks some commonly held and perpetuated views on the issue. 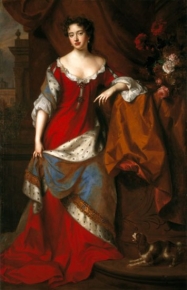 In September 1705, the Scottish Parliament agreed to authorise Queen Anne to nominate Commissioners who were to ‘treat’ or negotiate for Union. She naturally nominated persons sympathetic to that objective, thirty-one from each country.

The English Commissioners were almost all Whigs; the Scots mostly so, such as John Campbell, the Duke of Argyll; but including some critics of the proposed incorporating union, notably the Jacobite George Lockhart of Carnwath, who favoured a federal union such as would have retained the Scottish Parliament as a political institution.

However, the English negotiators insisted that an incorporating union was the only acceptable solution, that nothing less would secure England’s northern borders against foreign aggression; to them, a federal union was simply out of the question and was directly vetoed by Queen Anne herself.

Queen Anne was a Tory whereas King William III’s advisers, if not William himself, had been Whigs; the Union was essentially a Whig project. Queen Anne was herself popular and untainted by Glencoe and the Darien failure. She had, obviously, a familial affection for the Stuarts, being herself, as it turned out, the last of the Stuart monarchs; but she was strongly committed to the Church of England and could not for that reason support her much younger Catholic half-brother James’ claim to the succession. She could not form an alliance with the (Tory) Jacobites without effectively uncrowning herself. She therefore had to press ahead with Williamite (Whig) policies such as the Union. The clauses of the Alien Act which were more offensive to the Scots were thus repealed before Christmas 1705.

The Union of 1707 may be described as an exchange, or surrender, of Scottish parliamentary sovereignty in return for the benefits of free trade with England and her colonies; specifically, of access to English markets. The population of England was four to five times that of Scotland, and richer, with greater per capita spending power. The Union has thus been described as a political necessity for England and a commercial necessity for Scotland. The arguments presented for and against Scotland’s membership of the British Union were strikingly similar to the more recent debate concerning Britain’s membership of the European Union.

Over the 17th century, Scotland’s economy had become increasingly dependent on the English market. Half of Scotland’s exports, mainly of black cattle, linen, wool, coal and sheep, went to England; of this total, cattle accounted for 40% by 1703. The war with France disrupted trade with that country. There were severe grain harvest failures in the “Lean Years” of the 1690s which led to increased mortality, massive emigration to Ulster and an overall loss of about one-fifth of the population.

Although Scotland’s cost-base, mainly in terms of wages, was lower than England’s, it was feared that wealth would be drawn from Scotland to England

The failure of the Darien scheme in 1700 had consumed about a quarter of Scotland’s liquid capital. Scotland had no standing army and her navy consisted of two frigates. Scotland was poor, relatively backward and divided between Highlands and Lowlands, and suffered the many disadvantages of a semi-autonomous commercial and trading position within the context of the 1603 Union of Crowns in which the more powerful partner, England, was vigorously protective of its own trading and colonial interests.

The brutal fact was that, in an age of rampant mercantilism backed by military and naval power, the Scots could trade overseas only with English acquiescence and with access to English markets and colonies. William Seton of Pitmedden, who represented Aberdeenshire in the last Scottish Parliament of 1703-07, argued that:

“This Nation being Poor and without Force to protect its Commerce, it cannot survive, let alone become richer, ‘till it partake of the Trade and Protection of some powerful Neighbour Nation”

– and the only realistic partner for Scotland was England.

Free trade, of course, cuts both ways. Although Scotland’s cost-base, mainly in terms of wages, was lower than England’s, it was feared that wealth would be drawn from Scotland to England and that Scottish manufactures, which were often of poor quality would be unable to withstand competition from superior English merchandise – superior mainly in the sense that it was improving faster.

In general, the Scottish market accepted poorer, shabbier products than would the English or Continentals. The problem was one of low incomes, a stagnant population and a limited demand for luxury goods which Scots artisans could not produce or not to a competitive standard. Of the twenty five Articles comprising the Treaty of Union, fifteen related to trade and economic issues such as industry and taxation. Scottish interests were protected through reductions in taxes, e.g., on Scottish coal and salt, and various concessions were applied to Scottish exports of herring, beef, pork and grain.

It is often alleged that many of the Scottish parliamentarians who supported the Union did so for a variety of self-interested motives, were bribed and coerced, arms were twisted and so on.

“Bought and sold for English gold … such a parcel of rogues in a nation”.

This may not have been Rabbie’s most insightful observation and it appeals more to a paranoid mindset than to historical fact. There is little evidence of outright bribery. More significant was a lack of unity amongst the opposition to Union. 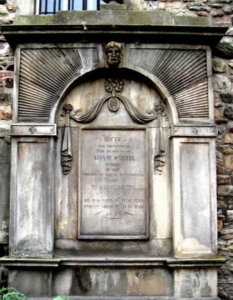 In England, the final thrust towards the Union of 1707 came from Whig politicians who realised that, in a united British Parliament, their party would stand to gain from the arrival in London of Scottish MPs, most of whom would be Whigs, thus shifting the (narrow) majority in the House of Commons from Tory to Whig.

The evidence is, in both England and Scotland, of highly sophisticated arguments deployed by mostly conscientious people who voted according to what they perceived to be their best long-term interests.

Having said this, we do not have to go all the way with Adam Smith to argue, as he did, that persons motivated by self-interest may nonetheless serve or further a wider, national interest.

– Next week, Alex Mitchell presents  the third and final part of this informative and fascinating story.