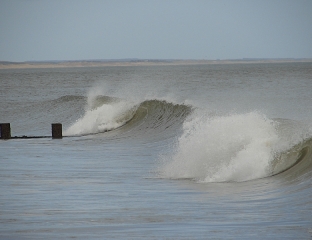 The United Kingdom has a large portion of the renewable energy resources available in Europe; it has the greatest wind resource of any European nation; and its long coastline suggests plenty of opportunities for power generation firms to develop wave and tidal renewable energy projects.

The outskirts of Aberdeen has a considerable share of these resources.

This wealth of renewable resources has largely been overlooked in light of the UK’s reserves of coal, oil and gas, as well as losing out to the nuclear industry in terms of obtaining allegiance for financial support.

By embracing the EU Renewable Energy Directive, the UK has made commitments and established targets to increase its renewable energy generation capacity.  To achieve those targets, which are the most challenging of any European Union member state, the UK Government has put in place mechanisms to support the development of electricity generation from renewable sources through the Renewable Obligation Certificates (ROCs) System (Ofgem 2010).  Through the Renewable Obligation Certificate System, UK electricity suppliers are obliged to increase the proportion of their electricity generation from renewable sources.

Since the various privatizations of the public utility firms during the 1980s, the customer acquired the right to choose an energy provider. One of the key aims behind the privatization process was the goal of stimulating competition within the electricity industry whilst reducing electricity prices to consumers. Another key objective of the privatisation process was the belief that a liberalised market would contribute as well to continuous improvement in quality as the public utilities had done.

However, some of these objectives remain unfulfilled. The environmental impact caused by the electricity industry is still high. In fact, in 2008 UK electricity consumption accounted for 42% of end-user carbon (CO2) emissions, according to the Department of Energy & Climate Change (DECC, 2010).

How can Aberdonian citizens have a more active role in redirecting the path of Scotland’s electricity industry?

Since the 1970’s Aberdeen City has played a leadership role in the Oil and Gas Industry.  However, now that the North Sea’s reserves are diminishing, there is a general agreement within the industry that renewable energy has an important place in Aberdeen’s future.  This is the moment to envision the future for Aberdeen and its citizens with a better quality of electricity and environment.

A study is being carried at The Robert Gordon University in order to provide some insights on the roles assumed by Aberdonian citizens in the purchase process of electricity.

This study will contribute to a better understanding of the future that Aberdonians envision for the city and for the electricity generation industry.

To participate in a survey and share your opinion on this topic of electricity generation and how you purchase electricity, please follow the web link: http://edu.surveygizmo.com/s3/506003/RGU-Sustainable-Electricity-Research