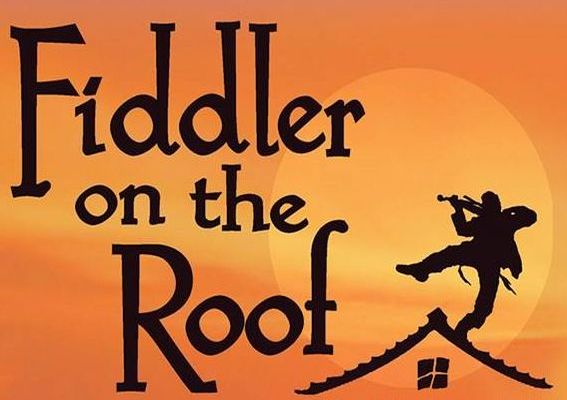 Anti-Jewish pogroms in the not-so-far-off days of the Russian Empire were quite common and reached new heights during the period 1903 to 1906 when a series of state-sponsored ‘demonstrations’ affected many settlements in the Ukraine and in Bessarabia. Thousands of Jews were reportedly killed and many more thousands displaced as a wave of violence backed up by harsh laws targeted Russian Jews.

Tsar Nicholas II was not known for his tolerance of either dissidents or minority groups and in the political turbulence of the times the Jews made for a convenient scapegoat.

Married to a granddaughter of Queen Victoria he was referred to by Trotsky as having been “more awful than all of the tyrants of ancient and modern history”. Aberdeen’s Bon Accord Magazine was more succinct when, during a state visit to Balmoral it reported that:

“When the Tsar is at home, we do not hesitate to call him a tyrant. Then in heaven’s name, why – when he visits his grandmother-in -law, should we play the hypocrite and fete he whom we at other times curse.”

The cruelty of the pogrom is one of the central themes of Fiddler on the Roof. Adapted from the Sholem Aleichem short stories about Tevye the Dairyman, Fiddler is set in the fictional town of Anatevka at the high-point of the early 20th century Tsarist inspired anti-Jewish demonstrations.

Alongside struggling with his shrewish wife, Tevye – played by Kevin Haggart – struggles with his deeply held belief that tradition should triumph over sentimentality. Faced with the spectre of five daughters who pretty much refuse to embrace arranged marriage and the spectre of a rising anti-Jewish normality he gradually has to adapt to the inevitable erosion of religious and cultural traditions in a changing world.

Finally, and this is no spoiler, the reality of pogrom rears its ugly head and the tight-knit villagers are forced to leave Anatevka for an uncertain future.

Alongside the piety and the angst there is some comedy

With a simple but effective set, and yes there is indeed a rooftop fiddler, some fifty or so players tread the boards as Kevin’s Tevye breaks open that fourth-wall to do battle with his principles and speak directly with both God and the theatre audience.

Essentially the mainstay of the whole show, Tevye has the unenviable task of marrying off his five daughters none of whom seems likely to listen to a blind word he says.

With iconic numbers such as Matchmaker, If I Were a Rich Man and the poignant Tevye/Golde bedroom duet Do You Love Me, Fiddler seamlessly blends sadness, joy and the sufferings of humanity into a memorable musical mix of hope and despair.

It’s not all doom and gloom though. Alongside the piety and the angst there is some comedy. For starters there are immortal lines such as ‘If you want hair, you should marry a monkey’ and Ryan Bruce’s Rabbi has a humorous but irreverent take on the Tsar. For my money however the aptly-named Bottle Dancers take the high-road humour-wise.

Worthy of panto, the famous five – Tony Barron, Ian Baxter, Chris Cormack, Adam Huckle and Kaz Robertson – take bottle dancing to an entirely new and athletic level which has to be seen to believed

Cons, and there very few, include a couple of minor prop failures on first night plus maybe a need for a sterner and less apologetic policeman. Pros, and there are many, include fabulous choreography, splendid period costumes and a musical performance which might leave many professionals on the back-foot.

And of course, this Phoenix Theatre production of that ever-so-Jewish tragedy takes place during the run-up to Holocaust Memorial Day (Sunday 27 January).

Directed by Liz Milne and Clare Haggart, Fiddler on the Roof plays at His Majesty’s Theatre Aberdeen until Saturday 26 January