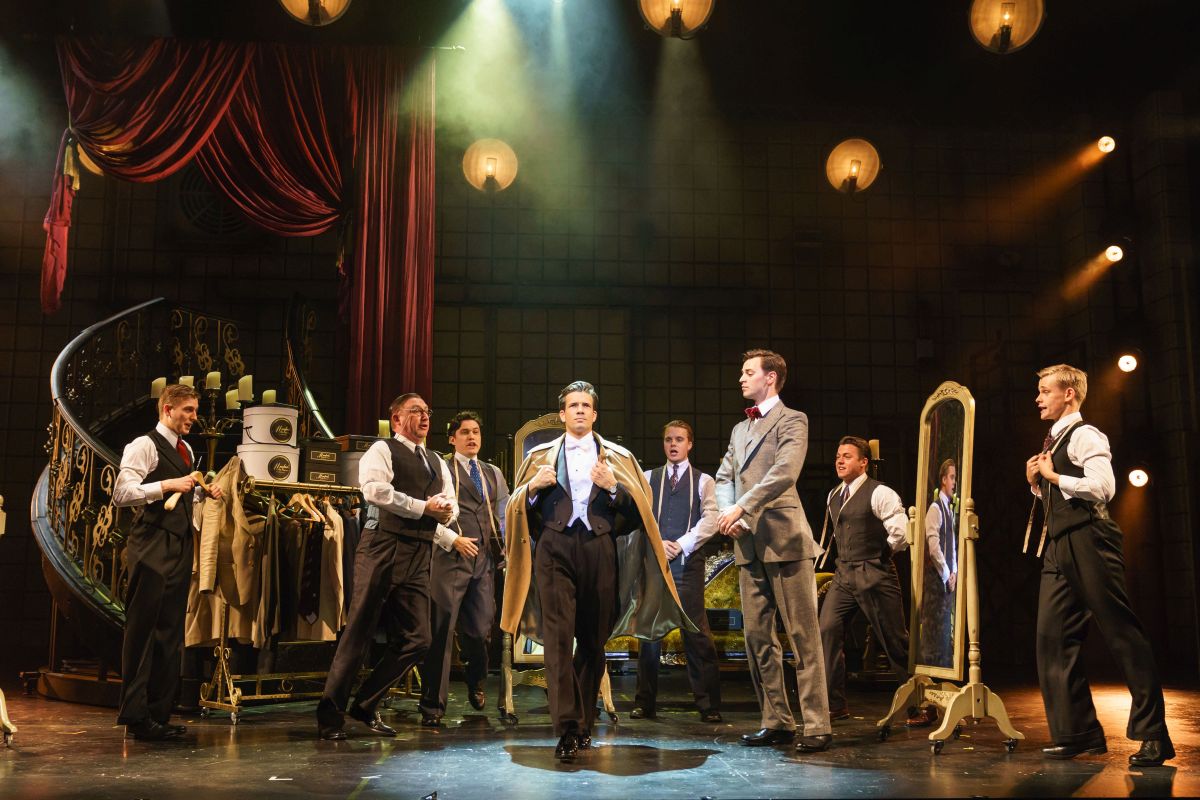 Sunset Boulevard plays at His Majesty’s Theatre until Sat Nov 11.

A compelling study on how to grow old disgracefully this tale of manipulation, madness and obsession seems doomed from the start to have no happy ending.
As ageing silent-star Norma Desmond’s insanity blossoms, the tension builds to bursting-point whilst all around the gloomy interior of Sunset Boulevard the world moves on relentlessly to greater things.

Having failed to make the transition from silent-screen to talkies, Ria Jones’ Norma Desmond pens a clunker of a movie-script in anticipation of a return to those heady days of stardom.

Danny Mac’s Joe Gillis takes on the task of re-writing the ageing diva’s version of Salome. There are no renditions of ‘bring me the head of John the Baptist’ here though. Indeed, phrases such as ‘All right Mr. DeMille, I’m ready for my close-up’ might be mistaken nowadays as a prelude to an innuendo laden casting-couch moment, and Norma Desmond’s deadpan comment ‘I am big, it’s the pictures that got small!’ leaves little to the imagination.

Norma is of course ‘Mad about the boy’ – and where have we heard that before – in this case the boy is Joe. And, predictably perhaps, he is strung-along by mad Norma until he can take no more.

The tale is told from his viewpoint and his journey through Norma’s celluloid memories is at times a difficult watch.

Ria Jones’ powerful portrayal of Norma eclipses all on stage and rightly so. The deeply flawed Joe Gillis must come a close second. Danny Mac’s Joe is clearly on a treadmill to oblivion from scene one onwards and this portrayal of a kept-man on the road to nowhere leaves little to the imagination.

For my money though, Adam Pearce’s Vettriano-like singing butler, the scowling Max Von Meyerling, gets top marks. Suitably servile when it suits him, sternly efficient and quietly loyal to the very end; Adam’s Max lurks quietly in the shadows and perhaps his story, when finally revealed, is the saddest tear-jerker of them all.

Animal lovers might just shudder at the understated chimpanzee funeral but, in the big scheme of things, Sunset Boulevard presents as an entertaining and powerful musical melodrama graphically portraying the, sometimes wickedly distorted, dream-factory that is Hollywood.

Fast-paced throughout and with a wild car-chase worthy of no-glory San Francisco cop, lieutenant Frank Bullitt, this classic stage musical is well worth the seeing.