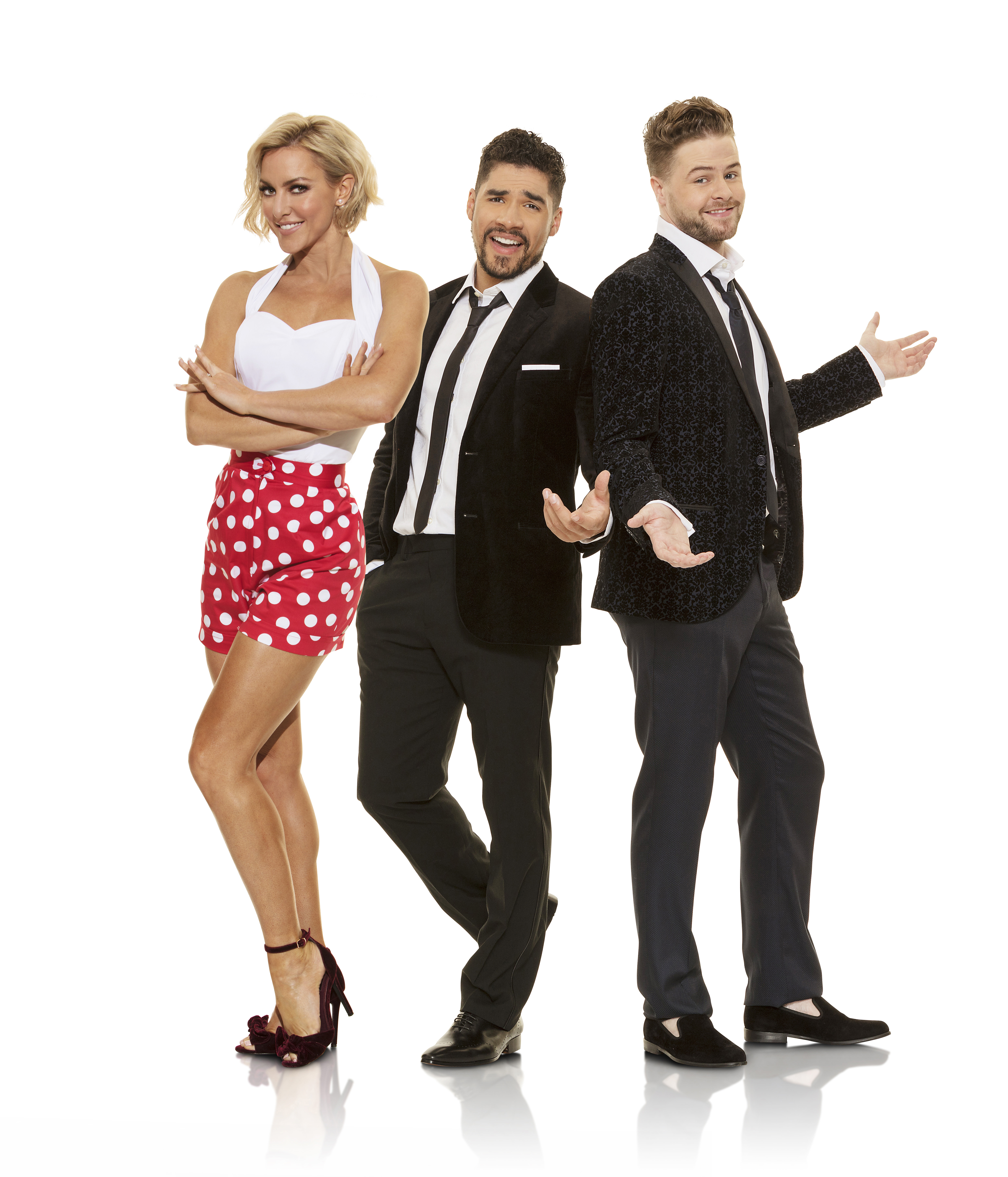 Strictly Come Dancing’s Natalie Lowe stars at HMT next Monday alongside Strictly champions Louis Smith MBE and Jay McGuiness in a brand-new theatre show called ‘Rip It Up’.
Rip It Up’s promise is to bring the fabulous sounds of the 1950’s to life in an explosion of song and dance that will see Natalie, Jay and Louis swing, bop, jitterbug, lindy hop, jive and ballroom their way through the greatest songs from the greatest decade of music; from romantic ballads and crooner classics to many of the era’s defining pop and rock ’n’ roll hits.

Brought to you from the producers and director of 2017’s smash tour Remembering Fred, which stars Come Dancing’s Janette Manrara and Aljaz Skorjanec.

“To be able to work with these two incredible Strictly champions and choreograph routines with them to the music from music’s greatest decade is something that we are all very excited to be working on. Together we will dance through some of the most fantastic songs ever created.”

Jay McGuiness is best known as a vocalist in the boy band The Wanted, whose debut single ‘All Time Low’ hit the No. 1 spot on the U.K. singles chart in 2010. The band went on to have a further three No. 1 singles, including the global hit ‘Glad You Came’. In 2015, she was confirmed as a celebrity contestant on Strictly Come Dancing, partnering professional dancer Aliona Vilani.

The couple were to steal the public’s hearts with their routines, becoming the series winners to lift the Glitterball trophy. The pair’s now infamous jive to the Pulp Fiction-inspired medley of Chuck Berry’s ‘You Never Can Tell’ and Dick Dale & The Del Tones’ ‘Misirlou’ has become the show’s most watched routine ever, amassing over 5 million hits on YouTube.

Looking forward to being part of ‘Rip It Up’, Jay said,

“To perform with Radio Two’s Leo Green and his band, as well as share the stage with Natalie and Louis and such a talented cast of singers and dancers should be quite an experience. We have some great ideas and are looking forward to bringing them to the theatres around the country, singing and dancing to some of the greatest songs from one of the greatest decades.”

Louis Smith MBE is one of Britain’s sporting superstars after winning medals at three separate Olympic Games. He shot to fame at the Beijing Olympics in 2008 by winning a bronze medal in the pommel horse, before winning silver medals at both the London 2012 and Rio De Janeiro 2016 Olympic Games.

After the London 2012 Olympics, Louis took part in and won that year’s series of Strictly Come Dancing, lifting the coveted Glitterball trophy with his professional dance partner Flavia Cacace.

Louis will be returning to training shortly in an attempt to win a medal at his 4th Olympic Games in Tokyo in 2020. Before that, however, he is delighted to be part of the cast of ‘Rip It Up’.

“A lot of people think of the music of the ‘50’s as just rock ‘n’ roll. Whilst this was the decade that brought us Elvis, Buddy Holly, The Everly Brothers, Little Richard and more, we will also be celebrating the music of Sinatra, Nat King Cole, and all the beautiful vocal harmony groups from that special decade.”

Classics such as Why Do Fools Fall in Love and Good Golly Miss Molly feature in the show alongside Unchained Melody, Mona Lisa and of course that classic Put Your Head on My Shoulder.

What more could anyone want?

At HMT Aberdeen for the one night only – Monday 4th September – tickets from Aberdeen Performing Arts Tel: 01224- 641122