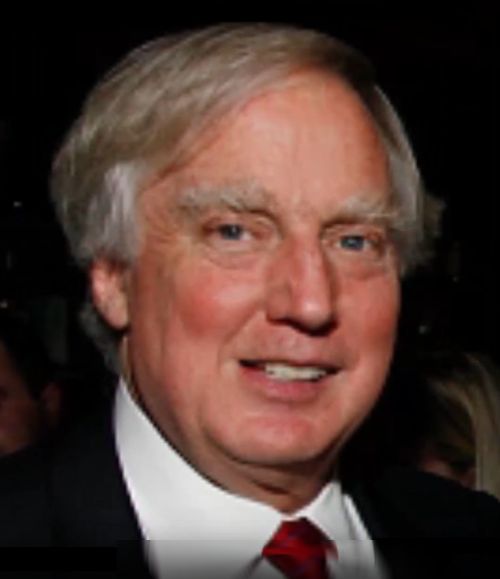 News has reached Aberdeen Voice that younger brother of US President Donald J Trump has bought a popular, iconic cafe located on Aberdeen’s beach front. It is widely rumoured that the Washington Cafe, currently being renovated, is to be renamed ‘The Windmill Views Restaurant’ by new owner Robert Trump.
In order to find out more, I tracked down local shopfitter, Archibald ‘Erchie’ Morrison who has been awarded the contract to refurbish the property.

I could see Erchie and his colleagues were extremely busy, so Aberdeen Voice is grateful to have been given the time for a chat.

“Ah couldna believe it when Ah got the call fae Robert Trump’s agent. Ah thought somebody wis pullin ma leg, and Ah near hung up the phone. But, ken? Bein self employed ye canna jist gie up on gettin jobs – nae as lang as there’s a chunce it could be a genuine offer.

“Onywye, Ah had tae ask if he wis haein a fun wi ma, but nah … the job’s richt enough.”

I asked Erchie how he felt about working for the brother of the controversial US President.

“Ah did ask the agent, like in a funnin kind o’ wye, if he thocht eez client wisna aff eez heid buyin a business in Aiberdeen – fit wi a the stooshies we’ve had wi eez brither.

“He jist laughed and tellt ma he wid send ma the paperwork.”

“And that wis that until Ah got a notey fae Robert Trump eezsel. Ah near fell in a heap!”

Robert reached for the top pocket of his boiler suit where the prized letter has taken up permanent residence. Already well fingered, having been eagerly shown off to his family, friends and colleagues, the handwritten letter reads:

Thank you for accepting the contract for the refurbishment of my newly acquired property. I look forward to working with you on this project.
My agent indicated to me that you have some concerns, which I’m sure can be addressed.

I am very aware of the ‘stooshies’ you have had to endure on account of my brother Donald’s actions. I trust you will judge our working relationship on my words and my actions, and not those of Donald J. We may share a country of origin, and the same parents, but I assure you, there the similarity ends. Brothers we may be, I’m afraid there’s nothing I can do about that, but we aint peas in a pod.

Only one of us actually loves Scotland and does not need to exploit the good name and memory of our Mom to prove it.
Only one of us gives our employees the correct payment for work carried out, and only one of us thinks Donald J is an asshole.

I trust you can work out which. Come and see me soon … the Glenfiddich’s are on me