It was at a meeting with then First Minister Jack McConnell in Trump Towers back in January 2006 that Donald Trump announced that he was looking for a business opportunity in Scotland.

One year later his planning application for a golf resort at Menie Estate was rejected by Aberdeenshire Infrastructure Committee with the deciding vote being cast by Martin Ford who was subsequently removed from his post as chairman. After referral to the Scottish Government the plans were accepted and the diggers moved in earlier this year.

Now, amidst news of compulsory purchase orders and the cynical exploitation of local schoolchildren, it has been announced that the man behind the controversial development, Donald Trump, is to be presented with an honorary doctorate from Sir Ian Wood on behalf of Robert Gordon University.

Councillor Ford, who recently came second in a Guardian poll for ‘Favourite Green Hero’, feels this is a mistake; 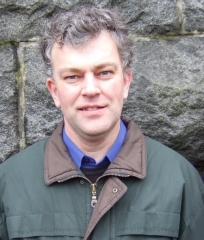 ‘The decision by The Robert Gordon University to award an honorary doctorate to Donald Trump has offended a lot of people. The issue is not that Mr Trump has not done anything to deserve the honour. It is that he has done much that no-one should be endorsing. Mr Trump’s record and behaviour in connection with his planned resort at Menie are well known.

Mr Trump insisted that normal planning rules must not be applied to him. He made using part of the Foveran Links Site of Special Scientific Interest (SSSI) to build one his golf courses  a condition of proceeding.

Not content with having pushed the Scottish Government into allowing this shameful piece of environmental vandalism, Mr Trump then embarked on a campaign of abuse and bullying against local residents, with the stated intention of forcing them to leave. This is on-going.

Last Thursday, Professor John Harper, acting principal of Robert Gordon University, said: “Given that business and entrepreneurship lie at the heart of much of the University’s academic offering, it is only fitting to award Mr Trump with an honorary degree. He is recognised as one of the world’s top businessmen, and our students – the entrepreneurs of tomorrow – can learn much from his business acumen,
drive and focus.”
Is The Robert Gordon University really suggesting to its students that they should go out into the world and behave like Donald Trump? That his approach is what they should aspire to? Presumably, if all business people took Mr Trump’s attitude, many more Sites of Special Scientific Interest and other nature reserves would have been destroyed. Our remaining natural habitat would be valued purely as future development land. Developers would, effectively, be able to build anywhere they wanted – including land and homes belonging to other people.

This is certainly not the future I want to see. Nor is it the one I expect. Respect for other people, for other people’s property, and for nature and natural heritage are deeply ingrained in our culture and in most people’s personal values. Hence, fortunately, very few people do set out to emulate Mr Trump. Most people, and most people in business, recognise that if many more people behaved like Donald Trump, it would jeapordise both social cohesion and our environment.

It is not acceptable – or possible – to continue with a business model that pays no regard to the impact of the business on the environment, on society or on other individual’s lives.

So Donald Trump is a very poor role model to offer to business students, because his approach does not recognise environmental imperatives (like addressing climate change) or other people’s concerns and rights. The students most likely to have a successful career (and life) will be those who realise these things matter and cannot be ignored. It would be much more appropriate for The Robert Gordon University to emphasise the need for future business to operate within environmental limits and to be socially responsible. Many, many businesses already do both.

A person from one of these businesses would have been a much more deserving recipient of an honorary doctorate than Donald Trump.’