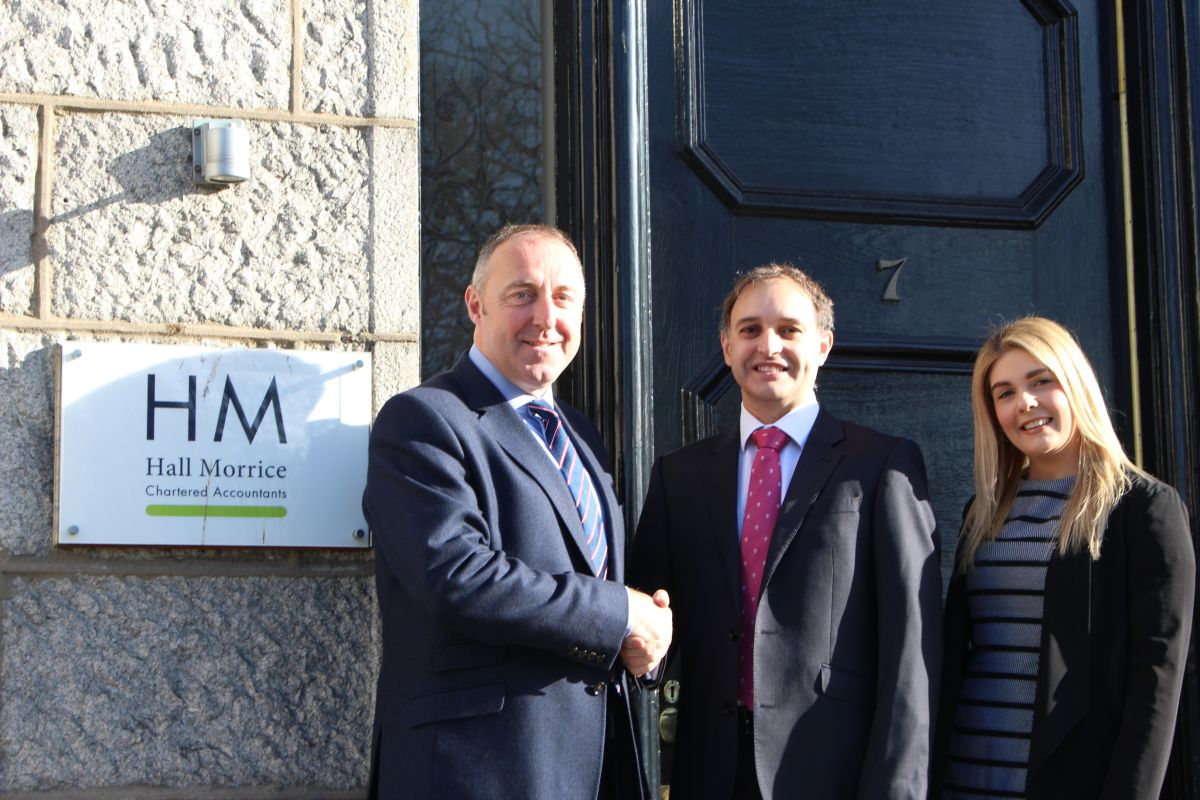 Aberdeen chartered accountants Hall Morrice LLP has launched a new corporate finance division as part of its strategy to prepare for the north east’s economic recovery.

The independent firm has made two key appointments to lead the new team, which will largely focus on working with corporate entities and private equity houses seeking to invest in oilfield services companies.

Both have come from RSM Aberdeen, where they specialised on deals activity within the energy sector.

Mr Faichnie has a strong track record in corporate finance, having previously worked for international accountancy firms and leading banks. He has been based in Aberdeen for almost 20 years, and believes that Hall Morrice has launched its new division at exactly the right time as the region readies itself for recovery.

“We have been seeing the green shoots of recovery for the region since the middle of last year and this is absolutely the right time to get ahead of the game and invest in Aberdeen.

“The decline in trading results seen during the period of low oil price appears to have stabilised and we can see that order books are now tipping back in the right direction. As companies start to build up again, they will need working capital to deliver and grow their order books and many will require funding.

“We also anticipate that we will see a lot of exits coming in the next six months, especially from companies at the smaller end of the scale. There now appears to be a steady base level of profitability upon which to structure a transaction and many shareholders who may have delayed selling their businesses are likely to see increased interest from the UK and overseas.

“Hall Morrice has been operating in Aberdeen for over 40 years: they understand the city and they understand corporate finance, and that, combined with our knowledge and experience, creates an excellent platform that will allow Melanie and I to build a very strong proposition.”

In addition to the external engagements, the new division will also undertake corporate finance and financial due diligence services for existing Hall Morrice clients. The firm, which employs a team of over 50 people in its offices in Aberdeen and Fraserburgh, works across a number of different sectors from property and construction to retail and leisure.

Miss Gilmour is a qualified chartered accountant having previously worked for one of the big four, and has extensive transactional experience across different industries in addition to her oil and gas background.

“The marketplace has been volatile for the past two years, but despite that we are confident that there is a now a requirement – and more so in the future – to service corporate entities and private equity houses from a diligence capacity.

“Although we remain cautious, we are optimistic of an increase in deals activity and believe that we have an excellent team in place to respond to that uplift. Tom has worked in Aberdeen for almost 20 years and during that time has established a first-class reputation as being the ‘go to’ for oil and gas corporate finance and diligence.

“Working alongside Tom, Melanie has been able to benefit from his wealth of experience and has emerged as an incredibly knowledgeable individual who will be a valuable asset to the corporate finance team.  With support from the wider Hall Morrice team, we believe that this provides a strong platform to develop our transactional offering in both Aberdeen and the wider oilfield services market.”