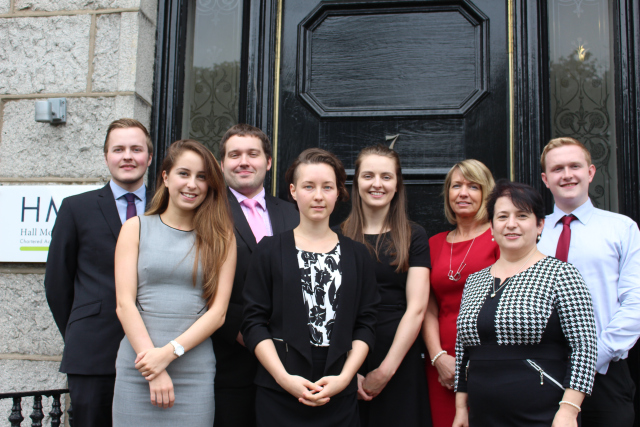 An Aberdeen-based accountancy firm has announced the appointment of eight new members of staff. Following the creation of a new business development role earlier this year, Hall Morrice has further strengthened its team across its various departments in order to continue to provide exemplary service to clients operating in a wide range of industry sectors notwithstanding the current challenging economic backdrop affecting many.

Aaron Williams has joined Hall Morrice from KPMG UK, and will take up the role of audit and accounts manager, working with clients in a variety of sectors including oil and gas, ICT, retail, and property.

“Hall Morrice has an excellent reputation in the north east of Scotland, so I welcomed the opportunity to join the team. Working across such a varied portfolio is a challenge, but one that I am looking forward to embracing. I look forward to working with the Hall Morrice team to continue providing the high level of service that our clients expect.”

The firm’s payroll team has been expanded in recent months, with the addition of Irene Walker and Maria Marcus. Additionally, CA students Ashleigh Welsh, Catherine Freeman and Michael Smith took on new roles within the firm last month, and were joined by RGU placement students Calum Mathers and Toni Parker.

The recruitment news sees the firm strengthening its operations at all levels, and follows an impressive year for Hall Morrice which saw a large intake of students taking on roles in 2015 and the appointment of Mike Innes to the newly-created role of business development director this spring.

“Undoubtedly times are tough for many businesses in Aberdeen, however we believe in a focus on the future. The economic climate will ease over time, and we want to be in the strongest position we can when it does.

“We firmly believe in developing and nurturing new talent, and we have been delighted to see so many students coming into the firm over the last month. By investing in young people, we are cementing the future of our industry for years to come.

“Aaron is an important addition to the managerial team, and we are confident that his leadership will help guide our new recruits and current staff over the years to come.”

Founded in 1976, Hall Morrice celebrates its 40th anniversary this year and is one of Scotland’s leading independent firms of chartered accountants with has offices in Aberdeen and Fraserburgh. Based at 6 and 7 Queens Terrace in Aberdeen, Hall Morrice can be contacted on 01224 647394 or at accounts@hallmorrice.co.uk