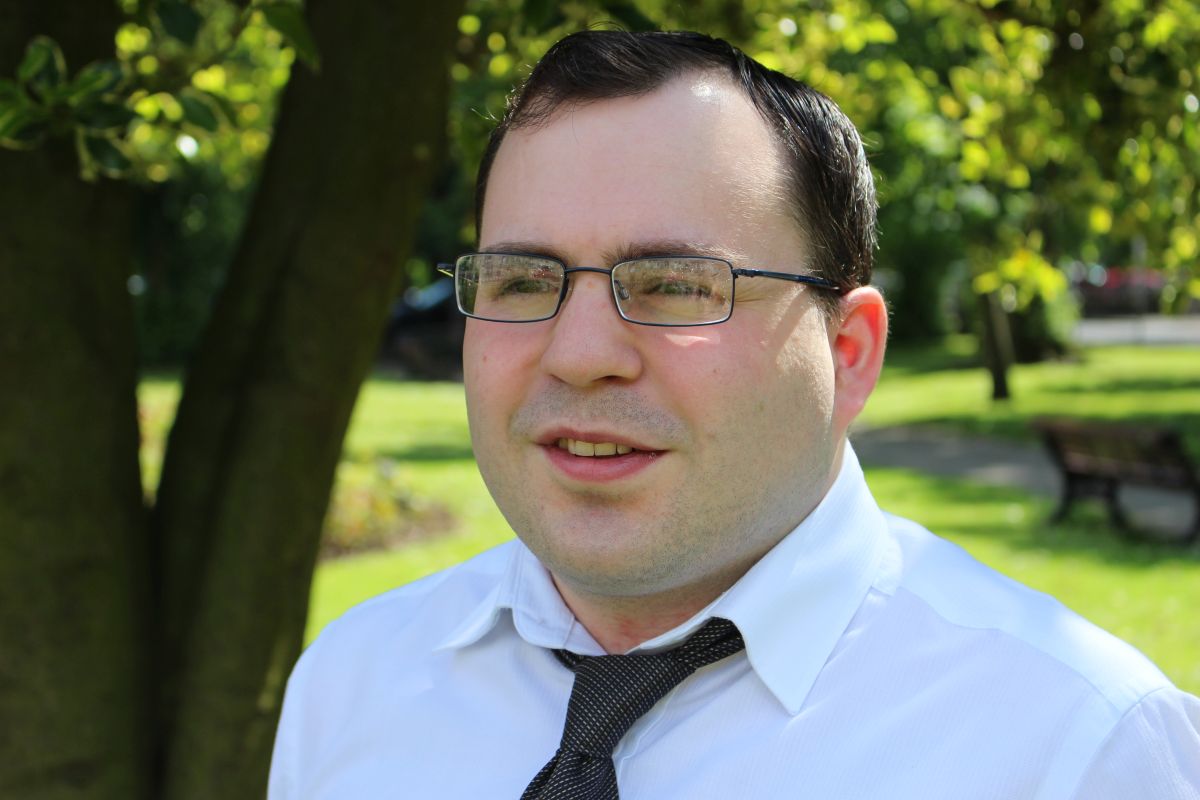 Hall Morrice employee Andrew Laurie, who received the Ronald Ison Medal for the candidate with the highest mark in the Taxation of Individuals paper

An Aberdeen-based accountant has emerged as the top-scoring student in a national Chartered Institute of Taxation exam.
Andrew Laurie from independent firm Hall Morrice LLP was awarded the Ronald Ison Medal for the candidate with the highest mark in the Taxation of Individuals paper – an exam that he hopes will eventually help him achieve Chartered Taxation Advisor (CTA) status.

Andrew (30) was one of over 200 candidates from around the UK to pass the exam, and did so with distinction.

He has previously passed all his CTA exams at the first attempt, and will sit his final test in May.

He joined Hall Morrice as a graduate trainee in the audit and accounts team and qualified as a Chartered Accountant (CA) with the support of the firm. Director of tax Stuart Watson saw that he had a natural aptitude for the subject, and Andrew joined the tax department over three years ago.

Andrew, who is employed as a senior tax analyst with Hall Morrice, says,

“With Stuart’s encouragement, I decided to study for my CTA qualification and was delighted when the firm provided a study package to help me achieve this.

“I had hoped that I had performed well in the exam, but to learn that I had passed with the highest mark on the paper came as a real surprise. I’m very pleased as it was the result of a lot of studying, but more than that shows the effort that Hall Morrice has made in training me and mentoring me over the years.”

Students studying towards the CA qualification sit a paper which covers taxation, but at a relatively basic level compared to the knowledge required for the CTA exams. CTA is seen as the gold standard for advisors and is absolutely essential for anyone wishing to specialise at a high level in taxation.

Hall Morrice, which employs around 50 members of staff, has a long and successful track record as a training firm, and consistently develops graduates to very high levels. It has invested heavily in bespoke training programmes aimed at improving the learning process for its graduates, and the approach has seen exam pass rates soar.

Last year, the firm was shortlisted in two categories in Scotland’s Employer of the Year Awards in recognition of its efforts to develop staff and invest in young people. Hall Morrice accepts new graduates every year, and is also committed to offering placements to accountancy students.

Stuart, who has worked in taxation for over 40 years says,

“We are immensely proud of Andrew’s achievement. To perform better than any other CTA student in the country underlines not only how hard he has worked on his studies, but also the opportunities that he has had to put his learning into practice in his day to day role here at Hall Morrice.

“As the tax department is relatively small, our team has to be able to advise on a wide range of tax issues and not specialise in any one particular area. Andrew covers the whole scope of our service provision, from personal taxation and tax returns to share valuations and tax planning.

“It has always been the firm’s aim to recruit the best and in terms of technical ability, Andrew’s success in this paper has shown that he has a very bright future ahead of him.”