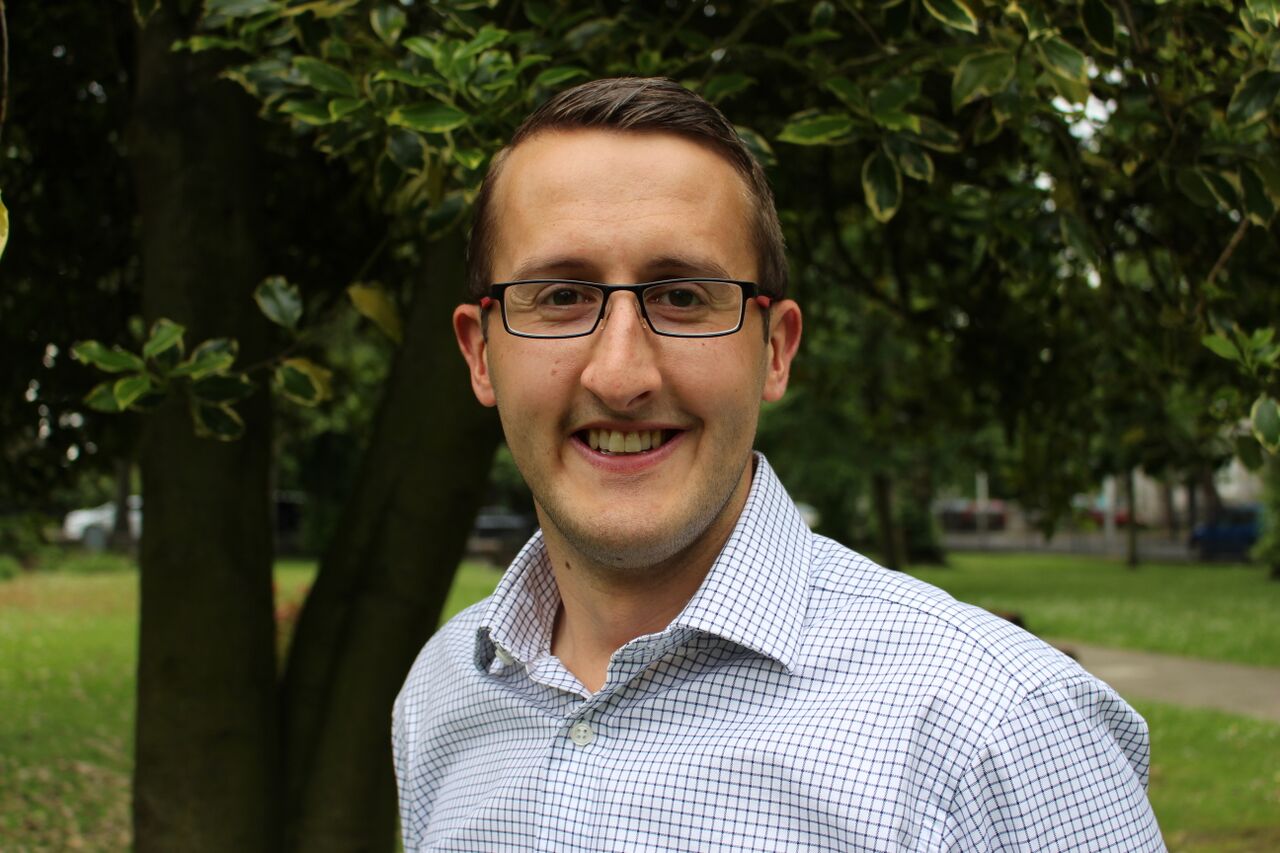 Richard Stephenson, audit and accounts manager with Hall Morrice LLP, will be abseiling 40ft down the tower of the AECC to raise money for Transition Extreme.

A fund-raising challenge is adding up to a nail-biting experience for accountant Richard Stephenson after he agreed to abseil 40ft down the side of an iconic Aberdeen building.

Richard, an audit and accounts manager with independent accountancy firm Hall Morrice LLP, will be taking the plunge from the tower of the Aberdeen Exhibition and Conference Centre in aid of Transition Extreme.

His firm works with the award-winning social enterprise, and he stepped up to undertake the challenge when partners appealed for staff to take part.

“I’ve done quite a few things for charity over the years, including sponsored walks and cycles, but nothing quite as white-knuckle as this. I’ve never abseiled before so I have no idea if I even have a head for heights – I guess we will find out on the day,” says Richard (28) from Chapelton, near Stonehaven.

“I really wanted to do this because I was keen to support a charity that Hall Morrice has an association with, but also because it’s unlikely that I will ever get the opportunity to abseil down the side of the AECC tower again.

“The team from Transition Extreme will be overseeing the abseil, so at least I know I will be in capable hands. I’m aiming to raise £2,000 for the charity, and this will go a long way to supporting its work in the community.”

The abseil is being held on September 19 as part of Transition Extreme’s celebrations to mark 10 years of being a charity. The facility provides a base for adrenalin-fuelled sports such as BMX biking, skateboarding and climbing, and uses the thrill of urban sports to engage with young people and encourage them to reach their full potential.

In addition to the abseil, there will be a fund-raising dinner at which adventurer Sir Ranulph Fiennes will be the guest of honour. Tickets for the event are still available at www.transition-extreme.com

Shonagh Fraser, partner at Hall Morrice, who works with the social enterprise, adds,

“Richard has been an incredibly good sport and we’re really proud of him for agreeing to take part. I have seen first-hand just what a fantastic facility Transition Extreme is, and what a difference it makes to young people in and around Aberdeen.

“A few members of staff will be going to the fund-raising dinner, so we have the easy part – Richard seems to have drawn the short straw. We hope that he will be inspired by the presence of Sir Ranulph, who I am sure will be full of admiration for what Richard and the other participants are doing.”

A fund-raising page has been set up for the challenge, and donations can be made at virginmoneygiving.com/Richard.Stephenson