Filmmakers agree to stream for free the movie Donald Trump tried to ban. With thanks to Anthony Baxter. 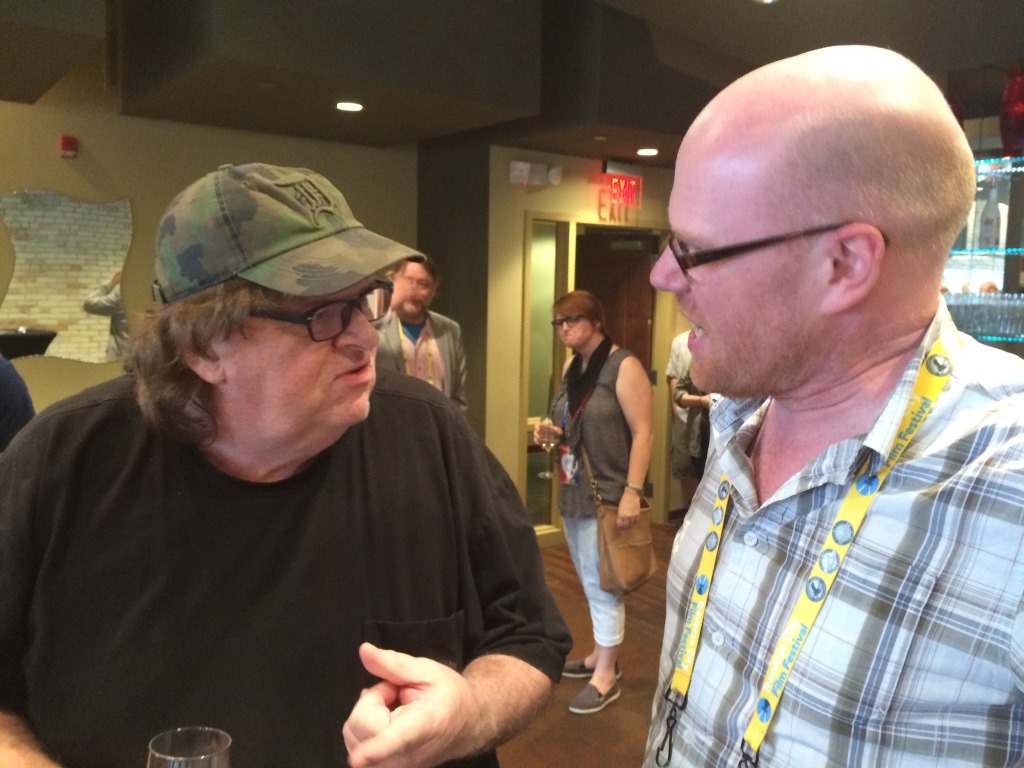 Michael Moore and Anthony Baxter courtesty of A Baxter

An award-winning documentary that Donald Trump threatened to sue the BBC over is being made available to Americans before each US Presidential debate.

You’ve Been Trumped will be available to watch in its entirety at 12:01 am EST on Thursday, August 6, the date of the first debate in Cleveland, Ohio. This first free showing will expire after 24 hours.

The trailer for the film can be viewed here.

“Since Mr Trump has soared in the polls we have received many requests for You’ve Been Trumped,” said its director Anthony Baxter. “In a way we feel we have a public duty to make the film available as widely as possible.”

“You’ve Been Trumped shows a side of Mr Trump that anyone thinking of voting for him hasn’t seen, and so it’s perhaps no surprise Mr Trump hates the film.”

Trump tried to sue the BBC when the corporation aired You’ve Been Trumped in 2012. He then launched a bitter Twitter tirade against the film’s director and threatened legal action. But You’ve Been Trumped was aired anyway to record audiences (trending number one on twitter) and led to a collapse in his popularity in Britain.

“We intend to make the film available the day of each Presidential debate that Mr Trump takes part in,” said Mr Baxter.

Baxter, who was thrown in jail after an arrest by Scottish police backed by Trump (the police later apologised), is in the United States as part of the release of A Dangerous Game, which looks at the impact of Trump’s super luxury golf courses in America and Scotland, and features an explosive interview with the billionaire in Trump Tower. The BBC has acquired the film for broadcast later in the year.

Members of the public wishing to view You’ve Been Trumped, should go to www.trumpemergency.com.