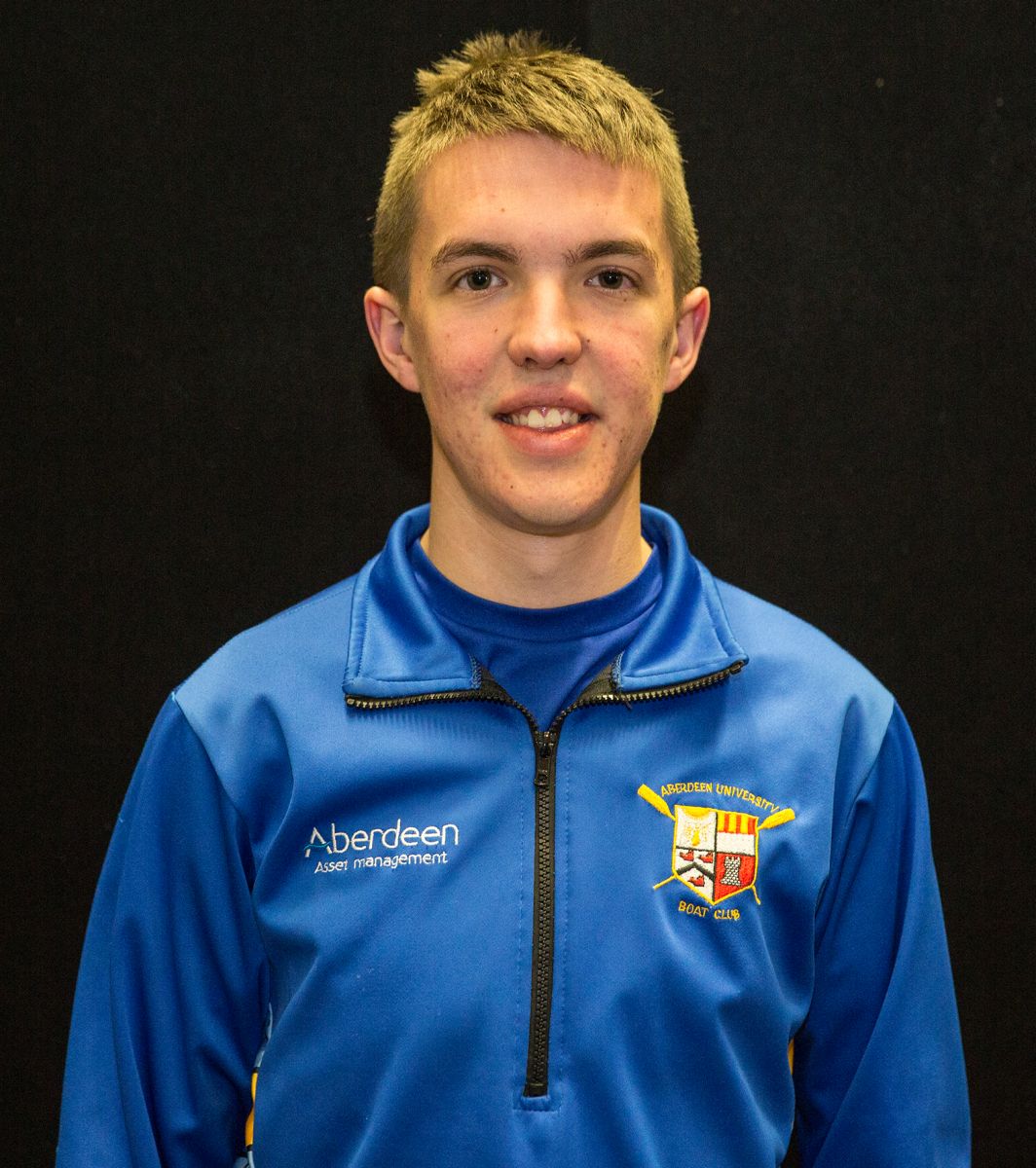 A Perth student with an ambition to join the Royal Air Force has his sights firmly set not on the skies but on the water. Alex Ralston (20) hopes to be selected to represent the University of Aberdeen in the 22nd annual Aberdeen Boat Race this March.
If chosen, cox Alex and his fellow rowers in the mixed eight crew will face off against reigning champions Robert Gordon University (RGU) in the 3.5km race along the River Dee, which is sponsored by Aberdeen Asset Management.

For Alex, who studies Geology and Petroleum Geology at the University of Aberdeen, there’s a clear parallel between the RAF and life in the rowing club.

“Flying a plane is one of the best feelings in the world. My grandfather was in the air force, so it’s been a lifelong ambition of mine to become a pilot.

“But there are similarities between being out on the water and up in the air. There’s a real emphasis on teamwork in both disciplines, and a chain of command to follow. As cox, it’s my job to instruct the crew and I like that feeling of being in charge. I’ve always had an authoritative streak.

“The crew trains together up to 12 times a week, so we really put the hours in. Plus, we’re always socialising with each other. There’s a great sense of camaraderie within the boat club.”

Alex, who started studying at the University of Aberdeen in 2014, originally hails from Perth in Western Australia but his family relocated to their home’s Scottish namesake when he was eight years old.

Before attending university, Alex had never lifted an oar – despite being a fan of the Oxford-Cambridge Boat Race on television. Alex said:

“I used to really be into running, but I joined the rowing club because I wanted to get bigger. I’ve always been quite small… but I never really bulked up!

“I was lined up as a cox in my first year, but was told it would be better to learn how to row first as it would give me a greater knowledge of what I was asking my crew to do. But my body isn’t naturally suited to rowing – I’m too small – so in 2015 I was given the opportunity to cox the Aberdeen Boat Race second crew race.

“I try to do the same training as the rest of the crew, apart from weights. I’m on a kind of weight-loss fitness regime to make myself more efficient. It feels a bit like torture, but it definitely does help. Not only do I enjoy the fitness aspect, but the rest of the crew know I’m going through the same things as they are. It helps me get more out of them when we’re out on the water.”

Alex’s university career took off from there and – despite being in the losing side – it was his chance to cox the main University of Aberdeen crew in the Aberdeen Boat Race last year that sticks out as his most memorable race to date. The 2016 event was the annual contest’s closest race in its 21 year history, with Robert Gordon University clinching the title for the fifth year in a row by just a quarter of a length – even though both teams smashed the course record.

“We were all really gutted last year. The RGU crew looked incredibly strong, but we went out on the water with a defiant attitude and we almost had it. It was a really close race all the way down the river, and the adrenaline was pumping, but in the end we didn’t quite make it. We’re fully confident this year, though.

“I think this year will probably be my last Aberdeen Boat Race, as I focus more on my goal of joining the RAF, so I’m determined to cross the finish line first.”

“The passion with which the students from the University of Aberdeen and Robert Gordon University throw themselves into their training is inspiring to all those who attend the Aberdeen Boat Race. The crews face a tough challenge this year, and will give their all in a race which I know will be thrilling for all those on the banks of the River Dee in March.”