With thanks to Jennifer Kelly, Senior Account Executive, Tricker PR. 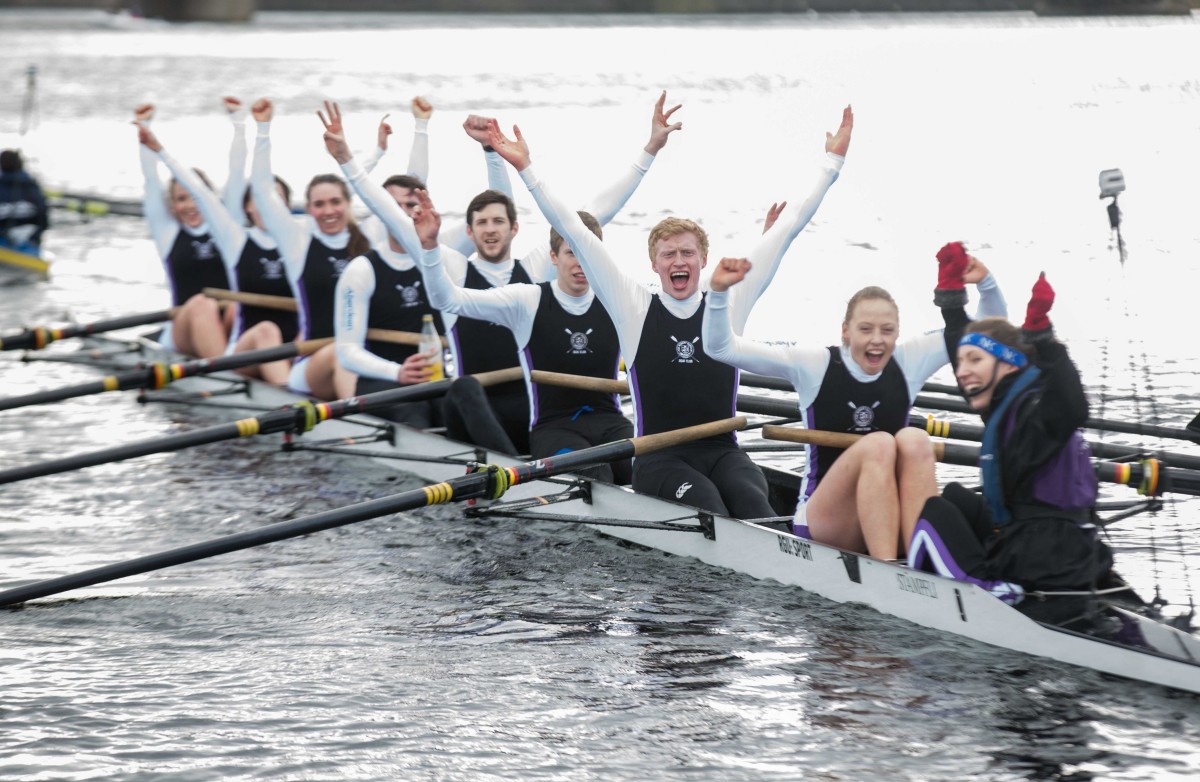 They won with a record breaking time of seven minutes and 47 seconds, beating rivals Aberdeen University by two lengths.

Despite losing the race, Aberdeen University also broke the original record of eight minutes and one second with their time of seven minutes and 54 seconds.

Encouraging cheers could be heard from the Bridge of Dee to the Aberdeen Boat Club as supporters lined the banks of the River Dee to watch the universities battle it out on the water.

“Yes we did it! We secured a hat trick for Robert Gordon University with three consecutive wins! I am so proud of everyone who rowed this year, there were a lot of cold early mornings and late nights but we got there. Thank you for the continued support of Aberdeen Asset Management, Bob Newton on the Boat Race committee, our coach and crew members for making our success possible. Lauren is a fantastic president and her crew were excellent challengers as always. The whole experience was so much fun and I am already looking forward to doing it all again next year.”

“I would like to give our huge congratulations to the winning crew, Robert Gordon University. I would also like to express my admiration for each of the crew members who continue, year after year, to show dedication and determination in the lead up to, and on the day, of the race. As always, each crew put their heart and soul into the competition and both are truly worthy competitors. The atmosphere on the banks of the River Dee was electric with supporters uniting to cheer on their respective university. At Aberdeen Asset Management, we are proud to continue supporting Scotland’s oldest and possibly most fiercely competitive boat race.”