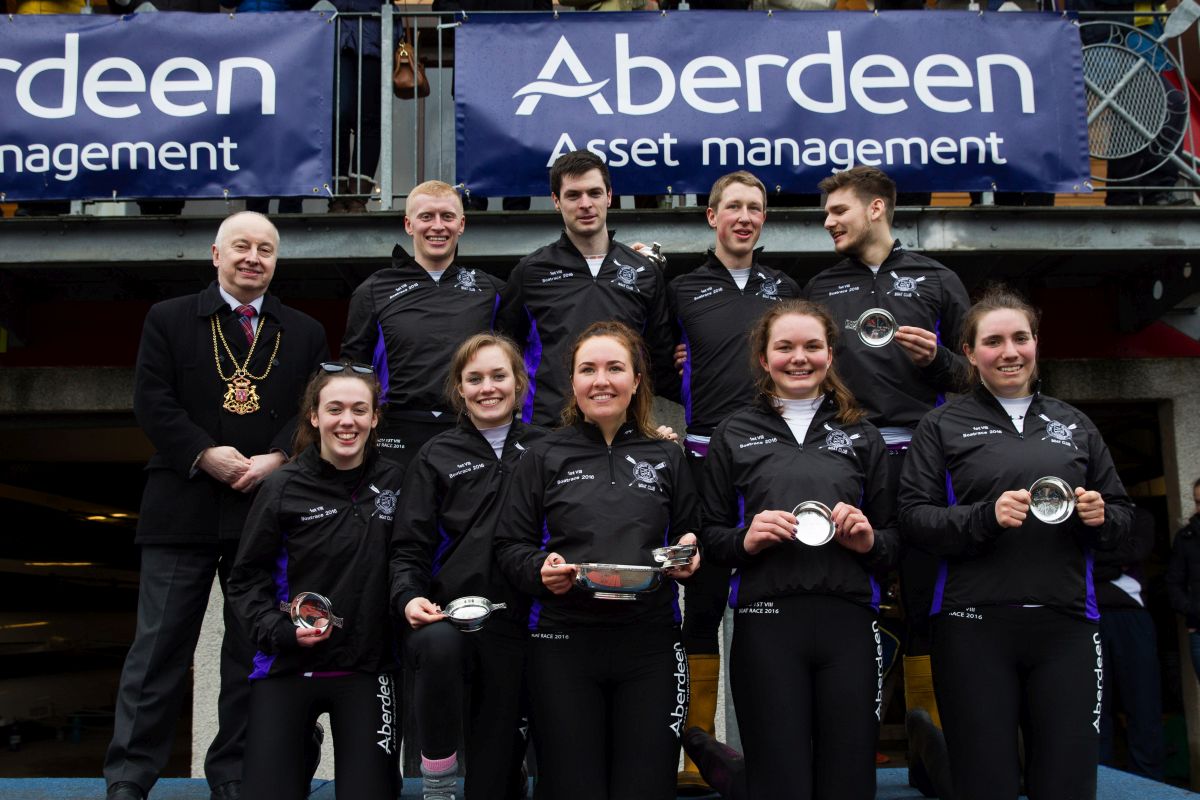 Both crews broke the previous course record of seven minutes and 42.2 seconds set by Robert Gordon University in 2014.

Hordes of spectators turned up to watch the teams take to the River Dee as the rivalry between the universities reached its peak.

“For this to be RGU’s fifth win in a row feels awesome, as we were all so determined to retain the title. I’m so proud of the crew.

“We would like to thank Aberdeen Asset Management for their continued support of the Universities’ Boat Race as without them it wouldn’t be possible. Also, a big thanks to Ian and the University of Aberdeen crew, who always put up a great challenge.”

“Well done to Erin and the rest of Robert Gordon University Boat Club, they all put on a brilliant display on the water and worked very well together as a team.

“Even though we didn’t win, I’m still so pleased with our performance on the river as I know my team put their all into the race. The atmosphere throughout the day has been unreal and we all feel so honoured to be involved in such a memorable sporting event in Aberdeen.”

The Evening Express competed against last year’s winners Original 106fm in the first heat of the media challenge, followed by the BBC challenging STV in the second heat. Original 106fm and the BBC went on to row against each other in the final, with the BBC winning the 2016 media challenge boat race with a time of one minute and 14 seconds. They raced 300m in coxed ‘tub’ pairs.

“I would like to offer the winning crew from Robert Gordon University huge congratulations on their fifth consecutive boat race win. I would also like to praise the efforts of the Aberdeen University Boat Club which also performed exceptionally well today.

“Both teams should be extremely proud of themselves and all the hard work they’ve put in to training for this year’s boat race. It is always rewarding to watch talented, young rowers push themselves year after year to achieve such incredible results. Aberdeen Asset Management is proud to continue supporting young talent as well as Scotland’s longest running boat race.”