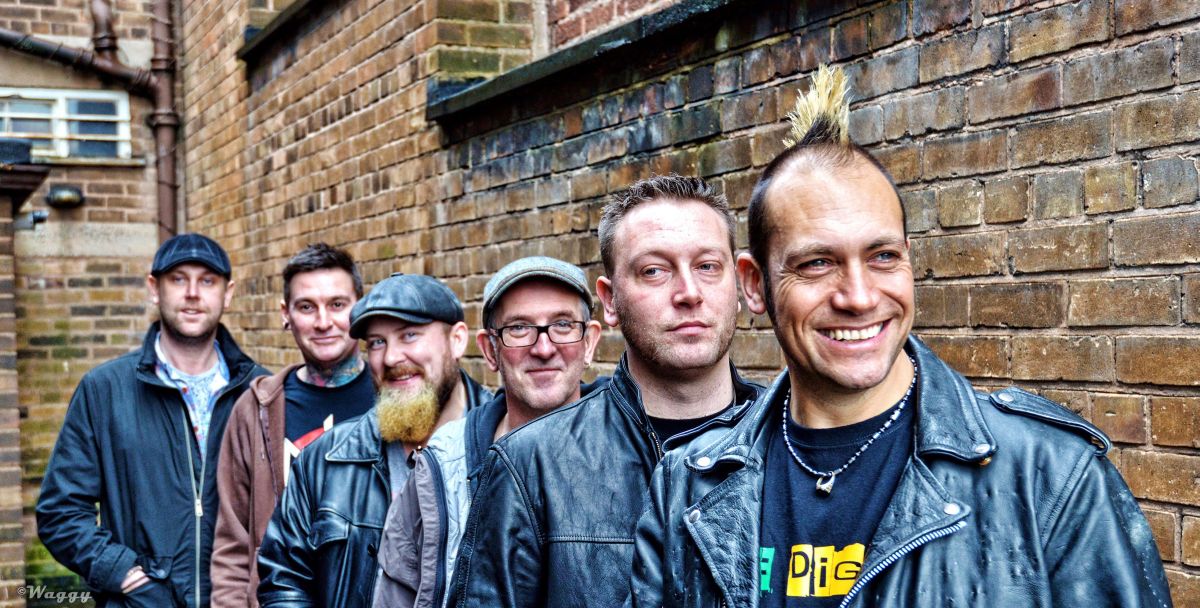 In China, 2015 was the year of the Sheep – but in Nottinghamshire and countless venues and festivals in the UK it was the year of the Dog. The year that Ferocious Dog snarled their way from the periphery of the festival and gig scene and put themselves firmly in the limelight of the alternative scene.

The band will once again be tearing up the road to Aberdeen on Saturday March 19 to appear at Krakatoa.

The climax of their new album tour saw them sell out Rock City in Nottingham in advance – a historic moment, the first time in the 35 year history of this auspicious venue an unsigned band has achieved this feat.

As one fan put it:

“For me it felt like a real watershed moment for a band I’ve had the pleasure of following for the last few years. It feels like this gig was the moment things might change, they have integrity and strength and a loyal following”

As well as touring the country in Spring and Autumn, festival headline slots littered the summer months – not to mention an appearance on the Avalon Stage at Glastonbury, attracting the third biggest crowd of that area for the weekend.

Ferocious Dog offer a full-on six-piece sound that encompasses folk infused with rock, reggae and Celtic vibrations. The combination of instruments creates a palette of sound that offers infinite variations: going in hard to get the audience up and moving, or slipping into melodic passages and dub-like fusions.

The role of the infamous Hell Hounds mustn’t be underestimated – an ever-growing legion of fans who follow the band up and down the country. They bring energy and passion to the gig whilst always welcoming the less initiated members of the crowd to join in and swell their ranks – making the evening feel like a huge party.

With the release of their new album ‘From Without’, the raw energy and passion you’d expect from Ferocious Dog is ever-present, but tempered and enhanced with new influences and craft. With production from Matt Terry and mastering from Al Scott, a co-written track with Nick Burbridge of McDermott’s 2 Hours fame and the addition of rich orchestral strings it’s really a coming-of-age moment for the band.

“it is the sound of revolution that beats in the heart of anyone who seeks equality, and the six piece band from Nottinghamshire burst with flavour and ferocity” – Ian Hall, Liverpool Sound

The Acoustic magazine in their review of ‘From Without’ wrote about the second song on the album, ‘Poor Angry and Young’ describing it as:

“A glorious hymn of anarchy and sets the tone of much of which follows.

“There is nothing new about rebellion, but Ferocious Dog lay it on the line and whip up a hell of a storm along the way”

Many of the reviews expressed the same sentiment.

2016 promises to be an even better year, with gigs already sold out, and headline slots at festivals booked. This is an event that’s needs to be experienced. Ferocious Dog are going places.