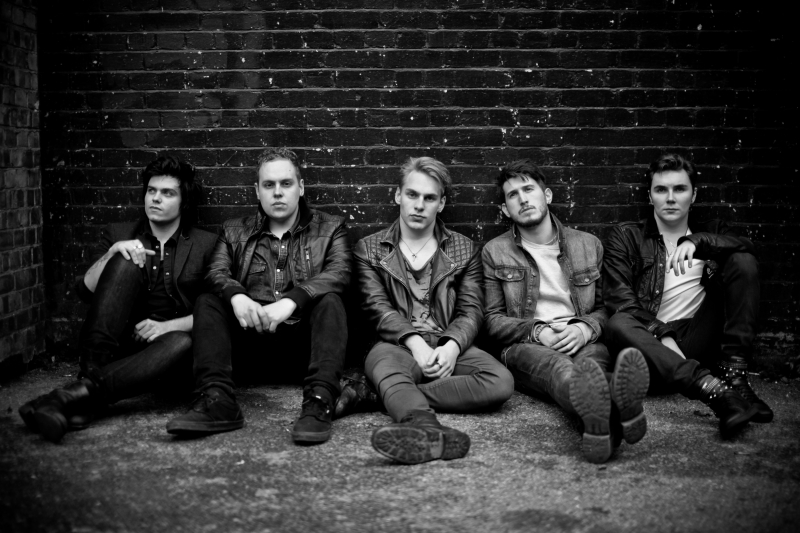 With thanks to Jenny Entwistle, Chuff Media.

Black Country 5-piece EofE are coming to play Aberdeen Downstairs on 23rd February, supporting UK metallers Glamour of the Kill. The tour will be in support of their brand new single ‘Stars In Hollywood’ (out 09/03) which is currently on the Kerrang! Radio and XFM playlists.

Last year, the band supported both McBusted and The Vamps on their mammouth UK tours, culminating 2014 with their own headline tour which resulted in them selling out their hometown date at Birmingham Institute.

Following the unveiling of their debut track ‘Bridges’ in November, EofE, continue to leave their mark with the release of the band’s first official single, ‘Stars In Hollywood’, due March 9th.

With their ever-growing army of devoted supporters, ‘Stars In Hollywood’ is a second helping of scintillating pop rock from EofE, sending out a real statement of intent. The song lyrically explores the theme of determination and hope, with aspirations of eventually leaving their hometown, moving on to bigger things and rising to the top.

‘Stars In Hollywood’ is the next chapter of the EofE story, placing the band firmly alongside the likes of fellow UK rockers You Me At Six and Mallory Knox .