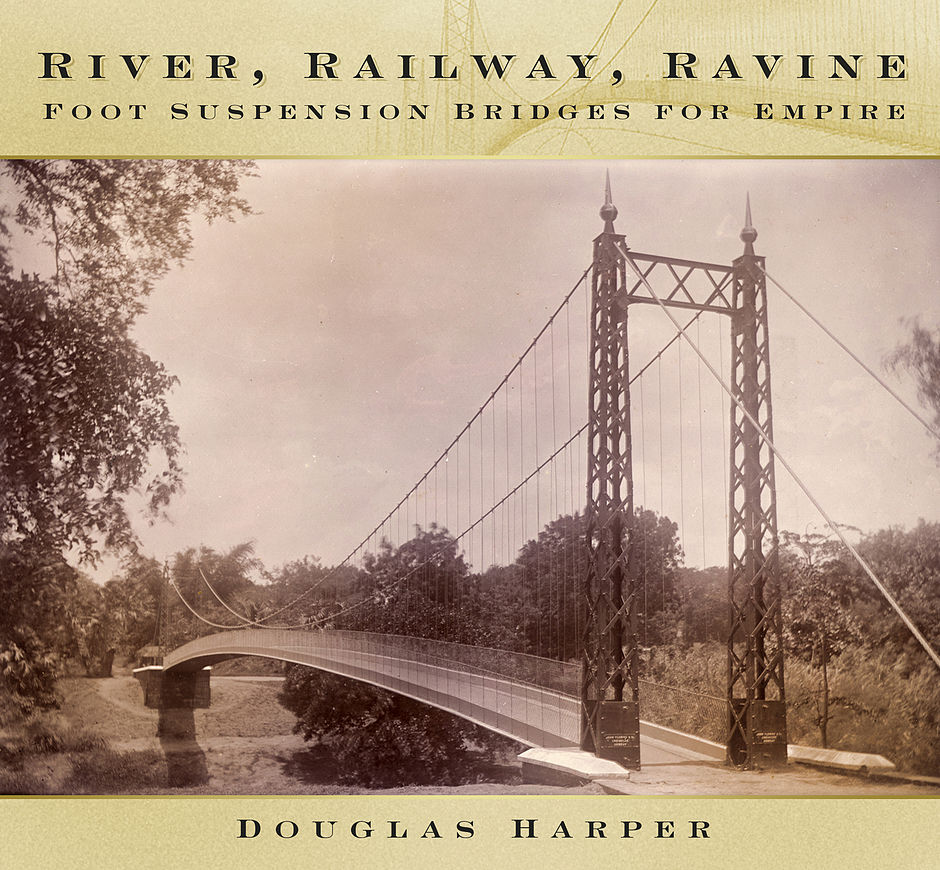 At 164pp and profusely illustrated with both period and contemporary images Douglas Harper’s new book examines both the provenance and the history of the patented, made in Aberdeen, Harper and Co rigid suspension bridge.

Until now little documented, the Harper bridges were among the first suspension bridge designs – not to be confused with the ‘Shakkin’ Briggies’ well known in the NE – to employ steel wire rope in order to form a relatively rigid and therefore highly functional bridge.

Harpers manufactured over sixty such bridges for export throughout the British Empire between 1870 and 1910.

Douglas, a direct descendant of the original bridge engineers, has spent over a decade researching the company’s innovative designs and seeking out surviving examples.

The mid 19th century was a period of rapid industrial growth both in the north east of Scotland and throughout the British Empire. The boom times of railway expansion had opened up new markets and stimulated engineering innovation on a scale rarely seen before.

Engineered and manufactured in kit form at their Aberdeen foundry and using innovative techniques gleaned from long experience in the designing of fences, Harper’s products required little local engineering expertise to either assemble or construct, making them popular choices in developing countries. These instantly recognisable and iconic bridges – with spans of up to 91m – provided many decades of service in places as diverse as Nepal, South Africa and even the Falkland Islands.

In his book Douglas details over 60 of Harper’s bridges including those erected in the UK, throughout the Empire and also in Estonia. Several are, he writes, still in use including one on the River Muick at Birkhall and another on the River Feugh at Banchory.

This is a well researched and engaging publication and quite literally a riveting read!

Sources include records held by Aberdeen Maritime Museum, the Harper Archive at Aberdeen Museum and Robert Gordon University. Written with the general reader in mind, Gordon’s book will also appeal to engineering enthusiasts and many historians.

River, Railway and Ravine is published in hardback by The History Press at £20

First Published in the November edition of Leopard Magazine