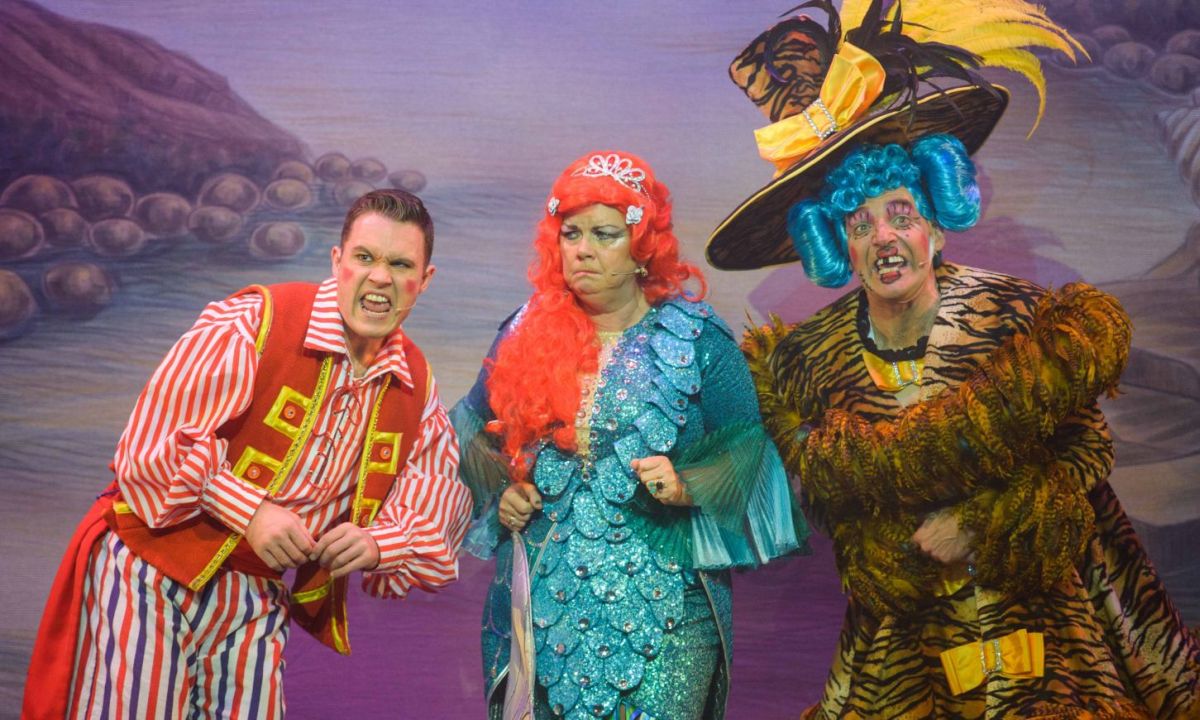 Panto returned to the Aberdeen stage this week, with familiar faces Elaine C. Smith, Jordan Young and Alan McHugh firmly at the helm of the Jolly Roger, in this classic tale of the boy who never grew up.

The traditional story features a flying child, Peter Pan, who lives in Neverland and just likes to have fun.

Thrilling adventures unfold with the likes of pirates, Native Americans and of course a very alarmed crocodile. Faeries and Lost Boys feature, alongside tales of unrequited love and self sacrifice.

The flying child is in this case played by Scott Fletcher, who carries the role admirably, despite his obvious male attributes. Peter is frequently played by a woman.

The draft for the original 1904 J.M. Barrie play seemingly lacked both pirate ship and Captain Hook. Fortunately for theatre audiences, the author soon added both, and Peter Pan’s nemesis was born.

At Tuesday evening’s performance, and true to pantomime tradition, John Jack’s Captain Hook was resoundingly booed at points by an appreciative young audience, despite an engagingly villainous and faultless performance.

New Pitsligo, Portlethen, Stewarty Milne and even Donald Trump take it on the chin as the often hilarious and sometimes raucous gags power on throughout this high energy production.

The 3D presentation in Act 2, although technically competent, seemed superfluous. It was more than made up for by the impressively scary Clockodile, however.

With costumes, set and special effects to die for, this is pantomime at its finest delivered by a creative team well-used to engaging with Aberdeen audiences.

Children of all ages are guaranteed a Jolly Roger of a time and the spectacle of an airborne Magical Mermaid has to be seen to be believed!