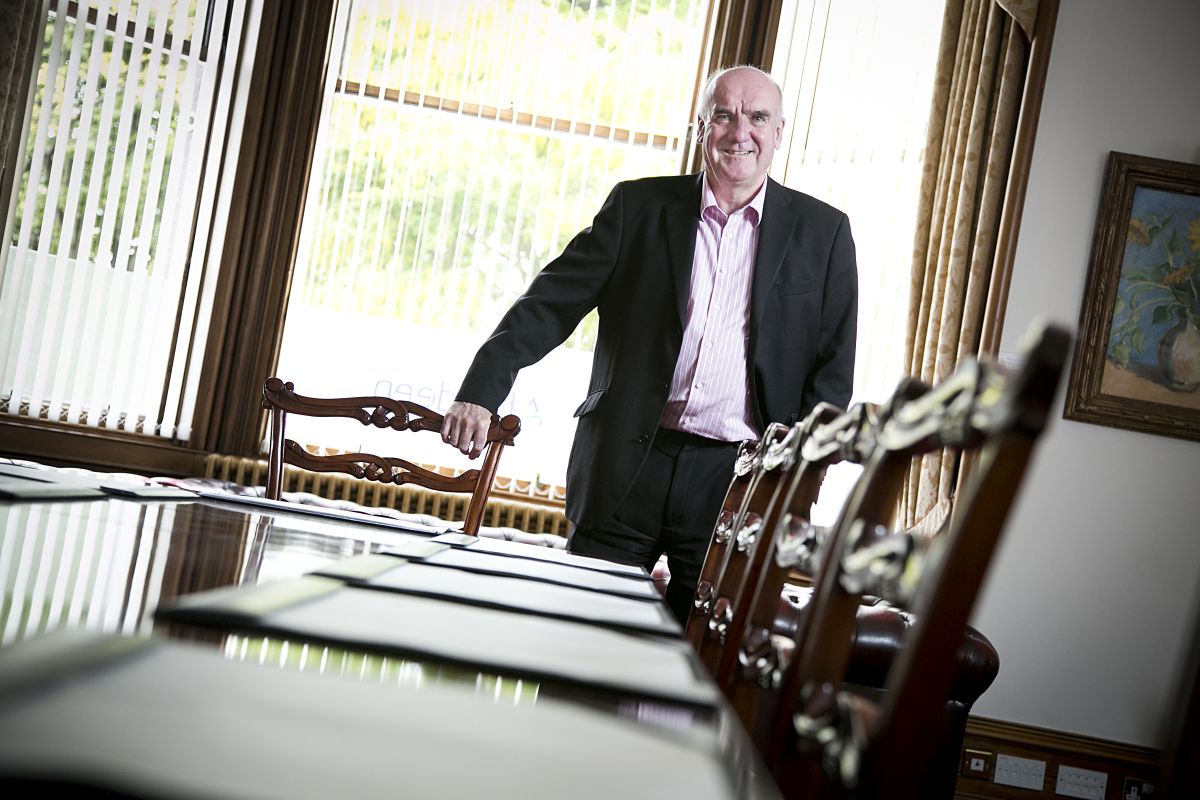 One of Aberdeen’s most well-known and well-respected business figures is to retire this summer. Hugh Little, 58, Head of Acquisitions at Aberdeen Asset Management (Aberdeen), and one of the firm’s longest standing employees will step down at the end of June following a career spanning 28 years with the company.

Aberdeen, headquartered in the city of Aberdeen, is a global investment management group, managing assets for both institutional and retail clients from offices around the world.

Hugh plans to spend time on some non-executive roles, and was recently appointed to the Board of the newly listed property fund, Drum Income Plus REIT PLC. He will also remain as a Governor and visiting professor at Robert Gordon University.

Hugh joined Aberdeen from the corporate finance division of Ernst and Young in 1987 as the firm’s ninth employee, working alongside Chief Executive Martin Gilbert on mergers and acquisitions. At this time, Aberdeen had less than £100 million assets under management (AuM). Today that figure stands at £330 billion.

In 1990 he moved into the private equity division at Aberdeen and he led this sector of the business for the next 16 years. Some of the private companies to which Aberdeen provided early stage funding during this period included First Group and Wood Group, both of which went on, like Aberdeen itself, to become FTSE 100 companies.

In 2006 Hugh reverted back to his original role as Head of Acquisitions and since then has project-managed the group’s prolific mergers and acquisition activity which has included the acquisition of Scottish Widows Investment Partnership (SWIP) in 2014 which added over £130 billion AuM and strengthened the firms’ fixed, income, property and solutions capabilities and created a strategic alliance with Lloyds Bank.

He also led the 2013 acquisition of Artio Global Investors (additional $14.3 billion AuM), the 2010 acquisition of the Royal Bank of Scotland’s Alternatives fund management business (additional £17bn of AuM), the 2009 acquisition of certain asset management business from Credit Suisse (adding £36 billion AuM) and the 2008 strategic and capital alliance with Mitsubishi UFJ Trust and Banking Corporation which brought Aberdeen distribution access to Japan – one of the world’s largest pension markets.

In 2014 Hugh picked up the prestigious Deal Of The Year and Acquisition of the Year awards on behalf of Aberdeen at the Scottish Business Insider Deal and Dealmaker’s awards in recognition of the £550m acquisition of SWIP from Lloyds. Judges commented that the deal wasn’t just an acquisition for a big cheque, and that it was a really creative deal with longevity in mind.

Hugh was for twelve years a director of Aberdeen Football Club. He was previously a Director of Grampian Enterprise and has also been a member of the North East Board for the Scottish Council for Development and Industry. Glasgow-born David Boyle will replace Hugh as Head of Acquisitions.

David joined Aberdeen in 2003 as an Investment Manager on the Pan European Equity Team where he was part of the successful team managing UK and Continental Europe equity portfolios. More recently he has been a member of Aberdeen’s alternatives team focusing on private equity. Prior to joining Aberdeen, David worked at Deloitte and Andersen Business Consulting. He graduated with an MEng and MA from Magdalene College, University of Cambridge.

“Hugh has played a significant role in Aberdeen’s growth and success. Without his management skills, commitment and focus, many of the acquisitions which have helped us to grow would not have happened and Aberdeen would not be the financially strong diversified, global asset management company we are today. Hugh will be greatly missed and he leaves with our best wishes. We are fortunate though to have someone of David’s calibre to step into the role.”

“I’ve been lucky enough to have worked with some incredibly talented people at Aberdeen over these 28 years, not least of whom Martin himself, and I have been very fortunate to have had the opportunity to have been part of its fantastic growth story. Whilst I look forward to spending some time on the golf course and more immediately to my daughter Jenni’s wedding in July, I hope also to share some of my experience with other businesses in a non-executive capacity.

“My years with Aberdeen have given me extensive exposure to global markets and to businesses large and small, and I would hope that I can continue to contribute to the development of Scottish companies who may feel that I could be of benefit.”