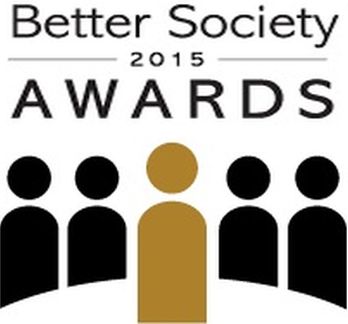 Aberdeen Asset Management is being recognised for its efforts that go beyond commercial success and make a valuable contribution to society.

It has reached the finals of the which acknowledge excellence in environmental performance, sustainable investing, business ethics, transparency, support for non-profit organisations, and more.

Being shortlisted in the Commitment to the Community (national company) category, Aberdeen Asset Management has demonstrated wide reaching work carried out by the company and its employees including direct charitable donations, business advice, an apprenticeship scheme, sponsorship and scholarships and volunteering.

Last year alone, the Aberdeen city office gave a total of £90,000 directly to charity appeals, which included an initial £30,000 to the Coats for Kids appeal which ensured that 300 children living in poverty in Aberdeen were kitted out with cosy seasonal clothing. When the appeal was oversubscribed, Aberdeen added a further £7,500 to the campaign.

Advice and support can be just as valuable as cash donations, and one senior manager worked for a year to develop a strategy for charity Shmu FM which supports residents in seven regeneration areas of Aberdeen.

Aberdeen has run highly successful paid intern and graduate programmes for many years and in 2012 created a  pilot apprenticeship scheme for pupils who want to enter the world of work straight from the classroom, with five school leavers from Harlaw and St Machar Academies, who began their apprenticeships in either business or technology disciplines.

This programme has continued to flourish and as a result of its success is being rolled out to other locations.

As the annual sponsor of the Aberdeen Universities’ Boat Race, the company not only provides a significant prize pot which enables both of the city’s universities to retain their rowing clubs, but also gives full race kit for participants and a fully funded marketing and PR for the event.

After its four year sponsorship deal with Aberdeen Asset Management came to an end, festival organisers struggled to find a successor. Aberdeen threw a lifeline to the event – which attracts 16,000 visitors per year and provides significant benefits to the local economy – by agreeing to continue its support this year and into 2016.

In addition, Aberdeen is a Living Wage Employer

The Glover Scholarship  marks Aberdeen’s relationship with Mitsubishi, and the firm funds an annual summer scholarship which enables one Scottish student to travel to Japan for a six-week intensive language course.

Aberdeen also encourages volunteering and has a generous volunteer leave policy in place. In May last year, the company took part in a 24 hour global volunteering day challenge to coincide with Give and Gain Day.

Over 10% of the workforce from 24 cities took part – starting the day in Sydney and moving across the globe, finishing in Toronto, Philadelphia and São Paulo.

During the AAM Scottish Open 2014, over £73,000 was raised for The ARCHIE Foundation (Royal Aberdeen Children’s Hospital), the official charity partner.

In addition, Aberdeen is a Living Wage Employer, operates a payroll giving scheme, with the company matching all employee contributions, and encourages all employees to reduce the environmental impact of the company’s operations through promoting environmental awareness such as  participation in Earth Hour, promoting the cycle to work scheme and supporting energy reduction across its global operations.

“Aberdeen values all the communities in which it operates and invests, and where social issues exist we try to play a part in helping alleviate these.

“In particular, we seek partnerships with smaller charities and causes, where funds can be seen to have a meaningful and measurable impact.

“We encourage employees to use their time and skills to support our charitable projects and it is pleasing to see the difference this can make to communities and society.”

Aberdeen Asset Management is one of more than 60 companies across a diverse range of industries shortlisted for the inaugural awards and the winners will be revealed at a ceremony to take place in London on 14 May.

The new event is separate but complementary to the Charity Times awards.