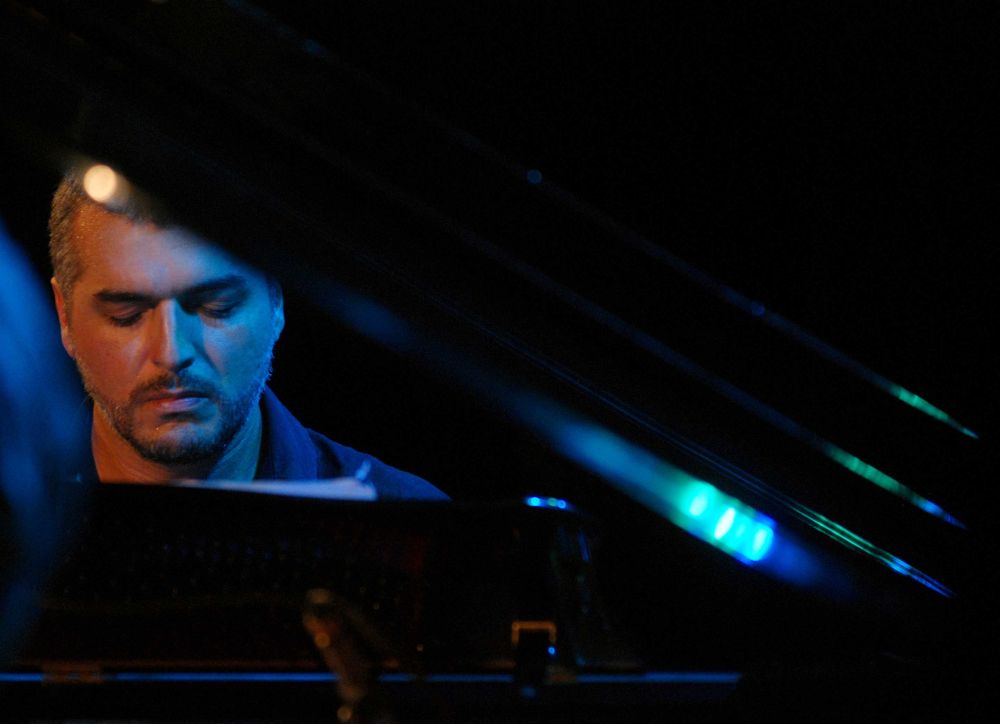 Leo Blanco has never forgotten the night he played at the Blue Lamp as part of Aberdeen Jazz Festival in 2007.
Now the Venezuelan pianist is playing at the mammoth Celtic Connections event in Glasgow with a band he has named after the Gallowgate venue.

Blanco played at the Blue Lamp with three of Scotland’s leading musicians, alto saxophonist Paul Towndrow of horn quartet Brass Jaw, Mario Caribe the Brazilian bassist with klezmer-jazz band Moishe’s Bagel, and the Scottish National Jazz Orchestra’s star drummer, Alyn Cosker and the audience response stayed with Blanco when he was invited to appear at Celtic Connections with the same musicians.

The Blue Lamp Quartet was how he remembered them, and that’s the name he’s chosen for them eight years on.

“Musician” seems hardly adequate to describe Blanco, whose group appears at Celtic Connections on Sunday, February 1. As well as playing in groups such as this South American-Scottish quartet, Blanco is a concert pianist who has worked with top symphony orchestras.

He is also a composer, whose works have been performed by leading string quartets in the United States and by the Scottish National Jazz Orchestra, and a professor of piano studies at the famous Berklee College of Music in Massachusetts.

But that’s not all. Blanco’s first instrument was the violin, which he played in the youth orchestra from the age of eleven in his home town of Merida, in Venezuela’s Andean region, and when he moved to the capital, Caracas, to study piano in his teens, he worked as a bassist in one band and as a drummer in another to improve his knowledge of these roles when writing for his own group.

“but they wanted their kids to at least get some enjoyment from music and when I was about seven or eight, a piano arrived in our house. I was immediately drawn to it, to try and work out melodies I’d hear on the radio or on records. But I also liked the violin because it seemed to me at the time the closest instrument to the human voice.”

Practising was never a chore to Blanco and the hours he put in set him on the fast track, firstly to Caracas, where he studied at the Ars Nova Institute and the University of Musical Studies and then to Boston, where he attended both Berklee and the New England Conservatory.

He quickly became recognised in the United States, becoming the first Latin American to win the prestigious Boston Jazz Society and Billboard Grant awards and he has gone on to perform all over the world, including at the Edinburgh Fringe, where in 2006 he was presented with The Herald newspaper’s Angel award for excellence in performance.

More recently Blanco has toured the UK in 2013 as a solo pianist, a trip that included a successful return visit to the Blue Lamp and helped to keep the memory of his first Aberdeen gig fresh.

“That gig we played in Aberdeen felt electric and the crowd were so responsive. So it’ll be great to meet up again and bring some sunny Latin American music to the Scottish winter.”