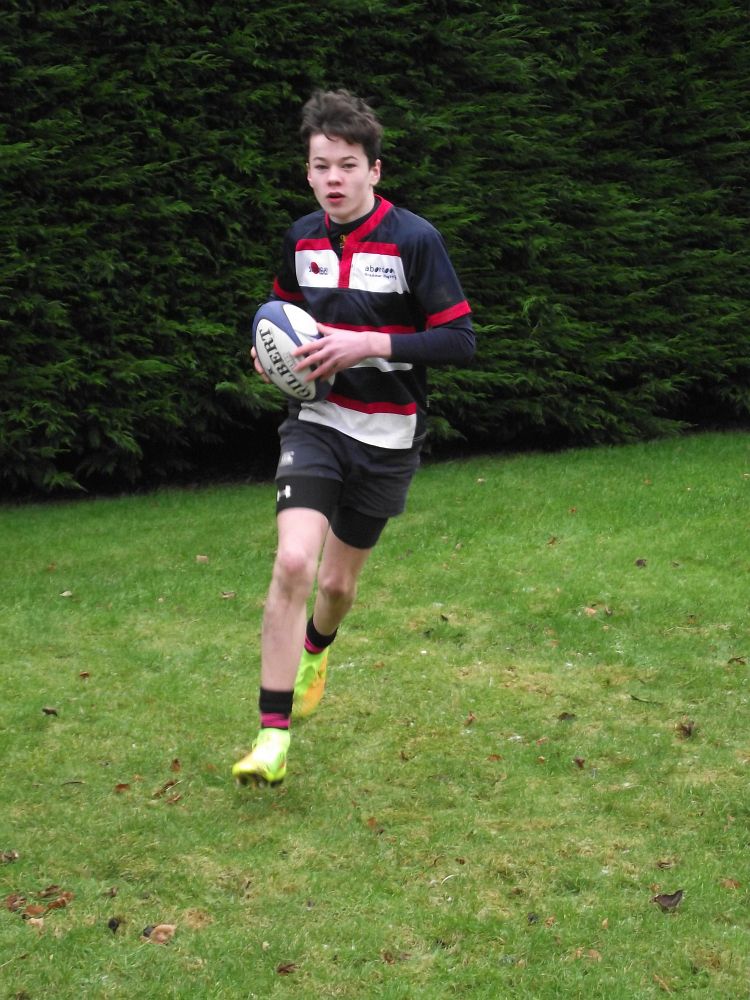 With thanks to Janice Hopper, Tricker PR.

The members of every sports council know that investing in future talent is as important as supporting the current stars.  The Aberdeen Asset Management Melrose Sevens tournament annually inspires and nurtures young rugby trailblazers in the local vicinity and beyond.

This year the event kicks off on 11 April 2015 attracting quality rugby players from Melrose itself, Scottish teams (such as the Glasgow Warriors) and international teams (from South Africa and Germany) for young hopefuls to admire and emulate.

The event will also hold its 31st annual Junior Sports Clinic to spot and train the next generation of great rugby players.

Held on the morning of the Aberdeen Asset Management Melrose Sevens tournament the sports clinic attracts over one hundred carefully selected youngsters from clubs and schools across Scotland who undergo concentrated training exercises and matches.

This year the clinic will again be led by Rob Moffat, a Scottish rugby union coach who was head coach at Edinburgh, and also spent time coaching with the Scotland A team, Glasgow and the Borders. He is assisted by a dozen coaches from all over Scotland so the youngsters who spend time at the clinic are truly accessing priceless professional experience.  One such young lad on the touch line is a local talent to keep an eye on.

“I’m looking forward to the Aberdeen Asset Management Melrose Sevens 2015 because it’s exciting and thrilling to watch such a high standard of rugby.  I love watching the club I play for perform on their home ground against other quality teams.  Last year they brought down Glasgow and that was great to watch!  I also get to see international teams play which is a rare opportunity.

“It’s a different style of rugby to what I usually play but it’s such a strong calibre that it makes me want to perform like that. I watch the players in one-on-one situations and it gives me new ideas of how to act and react in certain situations, for example watching a really good tackle makes me want to try it out on the pitch.

“I was lucky enough to attend the Junior Sports Clinic last year and it would be an honour to be selected again this year.  It involved a morning dedicated to intense rugby training – we focussed on lots of drills, two-on-one scenarios and decision making.  It was useful to explore practical scenarios on the pitch.

“I got into rugby in primary one when my dad signed me up for the Melrose team and I played every weekend – so it all started with my dad’s enthusiasm and developed from there.  I enjoy the fact it’s a very physical sport and you really get out there and active on the pitch, but it’s tactical too so I like that combination of action and tactics.  I also enjoy the camaraderie with my team-mates.  In my ideal world I’d like to try get into the Scotland development squad, if possible, but for now I’m enjoying watching the professionals in Melrose.”

One youngster who has made a longer journey to visit the hallowed Melrose grounds is Aberdonian Johnnie Gamba.

“Last year was my first trip to the Aberdeen Asset Management Melrose Sevens tournament and the atmosphere was so great that I can’t wait to go again this year.  Watching it right in front of me, rather than on television, was a totally different experience.  It was easier to pick up the set line moves to try out later on with my team in Aberdeen.  The level of play was really high and challenged me to up my game as I want to be on that pitch in the future.

“It was a privilege to attend the junior sports clinic where we were split into small groups to focus on intense rugby training.  We were taught quite advanced skills and it was a different style of coaching so it was refreshing to approach things differently.

“Personally I enjoy rugby due to the nature of the sport, it’s a physical, contact sport and that suits my build and personality – I’d rather be out playing rugby than sat indoors.   When I’m older the ultimate honour would be to play for the British Lions.  It’s also a huge goal to play for a professional side in the future – Glasgow or Edinburgh if things go that far but I’ll really have to knuckle down to my training in the meantime.”

The 125th playing of the Aberdeen Asset Management Melrose Sevens takes place on the 11 April 2015.

The game of rugby sevens was created in Melrose in 1883 and its popularity has spread to attract global interest and participation. Teams from across Scotland will compete against international teams in the Borders town of Melrose which takes on a carnival atmosphere for the duration of this key date in the sporting calendar.

To find out more about the Aberdeen Asset Management Melrose Sevens visit http://www.melrose7s.com