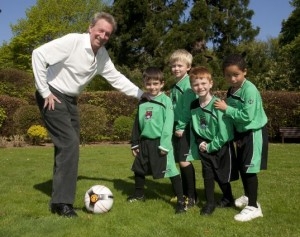 The third annual Denis Law Soccer Tournament begins at Aberdeen Sports Village (ASV) on Thursday 18July and defending champions Motherwell will face English Premiership side Sunderland in a testing opening match.
The pair have been drawn in Group A with Inverness Caley Thistle and Aberdeen.

Sunderland were last in the city three years ago at the 30th Aberdeen International Football Festival where their winger George Honeyman was named player of the tournament, whilst Motherwell emerged victorious twelve months ago, defeating Dundee in the final.

The first games of the four day event will kick off at noon on 18 July with the final scheduled for the Village at 1430 pm on Sunday 21st. All trophies will be presented at the Sports Village on Finals Day following final match.