With thanks to Christina Elliott. 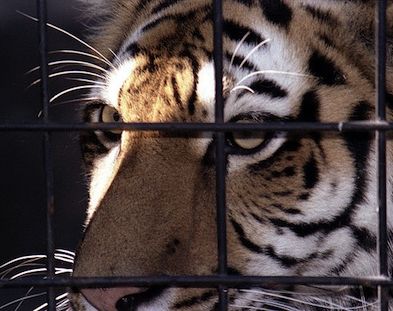 Lions and tigers from Chipperfield’s circus are being over wintered in the Northeast of Scotland. Photo Credit: The Bridge – Creative Commons

Local people concerned for the welfare of lions and tigers from Chipperfield’s circus being over wintered at the circus high school are holding a demonstration to protest the use of all wild animals in circuses.

The protestors wish to send a message to Holyrood and to circuses that confining and exploiting wild animals for entertainment is not acceptable to the British public in the 21st century and that any further delay in prohibiting such acts is unacceptable.

The demonstration against the use of all wild animals in circuses is due to take place on Sunday Nov 16, 11.30am – 3pm at the Circus High School, Cairnglass Croft, Inverallochy, Fraserburgh, Aberdeenshire. AB43 8UT.

28 countries around the world now have national restrictions in place and yet Scotland and the rest of the UK are still debating the issue.

Earlier this year the Scottish Government undertook a public consultation on the issue but a response to its outcome has been delayed until the new year.

“ADI applauds efforts by Kevin Stewart MSP to ban circuses from using wild animals in Scotland. Without action from government, the arrival of big cats in Aberdeenshire could be the first of many, making Scotland a destination for circus suffering that it has not been for years. We can’t let that happen.”

Further information on animals in circuses can be found here: http://www.ad-international.org/animals_in_entertainment/go.php?id=249&ssi=10

A video, filmed at the Circus High School by Victor Beattie, showing characteristic ‘pacing’ behaviour associated with animals living in cramped, stressful or unnatural conditions can be viewed here: https://www.facebook.com/video.php?v=10152896934243092

Demonstration against the use of all wild animals in circuses.