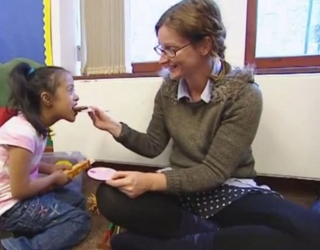 To mark Carers’ Rights Day today (Friday 30 November), when an estimated two million people will have become unpaid carers, supporting someone who is ill, frail or disabled, since 30 November 2011, local charity VSA’s Carers’ Service is determined to educate as many local carers as they can about their rights, before it’s too late.

An estimated £5.3billion  has been wiped from the economy in lost earnings due to people who have dropped out of the workforce to take on unpaid caring responsibilities.

Could more knowledge about carers’ options and benefits prevent informal, unpaid carers having to choose between staying in paid employment and being at home to care?
http://blogs.lse.ac.uk/healthandsocialcare/2012/04/25/dr-linda-pickard-public-expenditure-costs-of-carers-leaving-employment/

“Living costs are rising, and the UK faces salary freezes and job losses, but for families affected by illness and disability, the situation can be a lot worse. Their struggle can be harder, faced with added costs of caring and lost earnings, as well as the risk of cuts to essential services and benefits. Carers make a huge contribution to society.  It’s about time society gave them something back.”

“On Carers’ Rights Day we want to educate as many local carers as possible about how to get help in tough times. We can point them in the direction of financial help, boost confidence when asking for a helping hand and educate carers on getting the most from technological sources.”

“Earlier this year, we revealed that there are at least 25,000 unpaid carers in Aberdeen city and shire. There are lots more unidentified, who take their role in their stride and don’t realise they’re entitled to support. We want to make life as easy and financially stress-free as possible.”

Carers UK recently revealed the extra costs of ill-health and disability. These families commonly face higher household bills, particularly food and heating. The rise in VAT hits carers hard, often spending more on VAT-rated products such as cleaning materials, detergents, bed clothes and bandages. In addition, Carer’s Allowance is the lowest benefit of its kind and has lost value according to earnings since its creation in the 1970s.

There are nearly six million carers in the country. The Scottish Household Survey, conducted by The Scottish Government in 2010 reported 657,300 carers north of the border, more than 25,000 of which live in Aberdeen City. Within this, there are an estimated 2240 Young Carers in Aberdeen and far more ‘hidden carers’, both adult and child.

“We, as a city, can’t hold carers in a high enough regard.  It’s vitally important that we raise awareness of the work they do and highlight the support and representation that is out there for them.”

Aberdeen City Council, VSA Carers’ Service and NHS Grampian will reach out to Aberdeen and Aberdeenshire carers at an information point at Aberdeen Indoor Market on Friday 30 November between 11am-3pm, offering information and advice about carers’ rights.

VSA will also host an information session at Horizons Rehabilitation Centre, 2 Eday Walk, Summerhill, Aberdeen about Telecare, how it can help carers and the people they care for. To find out more about equipment available, such as fall, heat and flood detectors, bed and chair sensors, book a place by calling 01224 212021 or e-mail carers.info@vsa.org.uk

For more information about VSA Carers Services, visit our headquarters at 38 Castle Street, call 01224 212021, visit our website at www.vsa.org.uk/carers or e-mail carers.info@vsa.org.uk