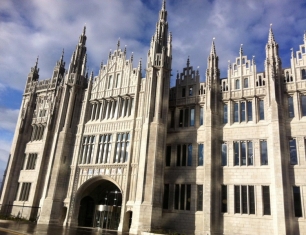 Aberdeen Council have recently noted an interest in applying for Tax Incremental Funding (TIF) from Scottish Government funds. The idea is that the Council would underwrite a loan of possibly £80M or more, £70M of which would be used to help pay for the City Square Project. The final application for funding will not be made until December, by which time a business case for TIF will have been completed.

Earlier this year, the then Council leader John Stewart, extended the remit of TIF to include city centre projects other than the city square. These are:

The City Circle Project: A walkway connecting Union Square and the railway station in a circuit from Guild Street, along Market Street through the St Nicholas Centre, down Schoolhill through the City Garden down Bridge Street and rejoining Guild Street to complete the circuit. Basically, it’s a walkway whereby shoppers in Union Square will be heavily prompted to visit the rest of the city by signs and possibly colour coding.

“In the current property market, however, the Council is concerned that developers will be unwilling to take the risk of demolishing redundant parts of the site, delaying any sale and redevelopment and resulting in a vacant city centre eyesore for a number of years. The council therefore wishes to pre-clear the site, to prepare it for sale, and bring forward development.

“The aspiration is that the tower, if not demolished, would be stripped back to its’ skeleton ready for redevelopment, and recladding and put to new uses either as a hotel, apartments or offices, and a new public square would be created to improve the setting of Marischal College and establish a focal point for a new ‘civic quarter’.”

Of interest in this statement is that the possibility of building a public square next to St. Nicholas House has been resurrected. This otherwise hasn’t been mentioned recently in council papers.

The document mentioned is the Aberdeen City Centre Redevelopment Economic Impact Assessment Information, August 2011. This provides information for a questionnaire to be answered by some 500 organisations and individuals which would provide feedback to assess the economic impact of TIF.

“The health centre on the roof is reaching the end of its design life and NHS Grampian is looking to vacate the building. Planning guidance issued by Aberdeen City Council has called for “imaginative” development of the site using the “highest standard of design and materials to complement the surrounding urban form, listed buildings and conservation area”. Redevelopment must continue to provide for substantial public car parking on the site and is expected to comprise largely commercial space for small and medium businesses and some residential development.”

“Infrastructure and development required to link the Art Gallery and Cultural Quarter to the City Gardens including partial redevelopment of the gallery and creation of additional gallery space.”

The Scottish Futures Trust (SFT) are seeking six ‘pathfinder’ projects to help establish the feasibility of TIF in Scotland. Three projects have been approved (Edinburgh Waterfront Development, Ravenscraig, and the  Buchanan Quarter in Glasgow) and three more are being sought.

There is strong interest as Barry White, Chief Executive of the SFT  told me in an email last week:

“I can confirm that we have received a submission from Aberdeen City Council and will be considering it along with the submissions received from many other local authorities over the coming days.”

The Case for TIF in Aberdeen. 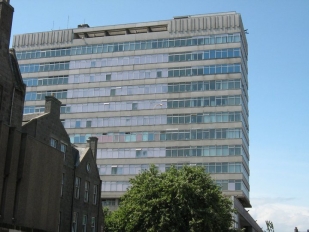 Tax Incremental Funding is well established in the United States and has recently been introduced to the UK. The idea is that a local authority borrows a sum of money for a development project from Government funds and that the extra business rates generated by the development is captured to pay off the loan over 25 years for instance.
It works best where a brownfield site is used to develop a large scale business operation, the revenue from which is to some extent predictable. In this instance, the risk on a council borrowing a large sum of money is mitigated by a sound business model.

The Aberdeen TIF case is largely predicated on the City Square rejuvenating business in the city centre. There would only be a small amount of revenue generated on site and this would be insufficient in itself to provide business rates to pay back a large loan. Instead, it would be hoped to capture business rates from the surrounding city centre both from rates generated by extra business and new developments.

Trying to predict how much extra business will result from a new city square will be to a major extent speculative with a large uncertainty involved.  In other words, if Aberdeen Council borrowed £80M through TIF this would be based on hope rather than certainty that the money could be paid back.

Aberdeen Council is £562M in debt according to an Evening Express report earlier this year. The interest on the debt is paid from the revenue budget and soaks up cash that could otherwise be used for service and amenities. The Council cannot afford to take a risk on being left with more debt to service, the budget is under severe strain as it is. On the other hand, I have been told that the city is so short of capital for spending that it is unlikely that there would be any investment in the city centre without TIF.

The £70M loan for a city square would be a loan too far; particularly given how unpopular the project is in the city. There is tacit recognition in the questionnaire document that the City Square Project may never happen.

“This option considers the outcome where the City Garden Project is not realisable, but the other projects are. In this scenario, economic benefit and new business rates would be generated primarily by the North Denburn Valley and St Nicholas House developments. Although likely to be less than would be the case if the City Gardens were to be realised, these two projects would nevertheless likely provide the basis for a smaller TIF.”

In this instance, Aberdeen would get a public square at St  Nicholas, which is where most people wanted it in the first place.